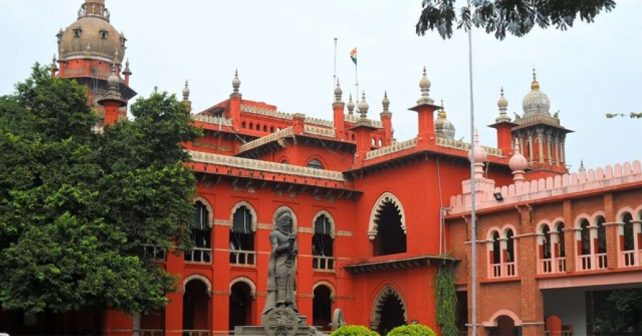 A writ petition was filed at Madras High Court with a plea to declare the Tamil Nadu Hindu Religious and Charitable Endowments (HR&CE) Act of 1959 as unconstitutional. The High court was not inclined to entertain the case filed by the petitioner

The litigant claimed that the State Government had put fetters on practice of Hindu religion by enacting the 1959 law.  It was stated that a secular state could not be allowed to control Hindu temples alone.  Further it said, “The enactment of a law for Hindus alone is wounding and hence the writ petition is filed.”

The chief justice Amreshwar Pratap Sahi pointed out that there was also the Wakf Act of 1995 and many mosque were covered under the Wakfs.  He said that there was the Sikh Gurdwara Act of 1925.

The petitioner contented that it was not right on the part of the State Government to take full control of Hindus temples alone by appointing its own employees as executive officers of those institutions.

Unimpressed with the submissions, the chief justice said the argument might carry weight in the United States whose Constitution itself prohibits the State from enacting laws aimed at administering religious institutions. The Indian Constitution does not impose any such prohibition.

The petitioner’s counsel chose to withdraw, otherwise the writ petition would be dismissed on merits.