Politics of Social Justice-Need of the hour 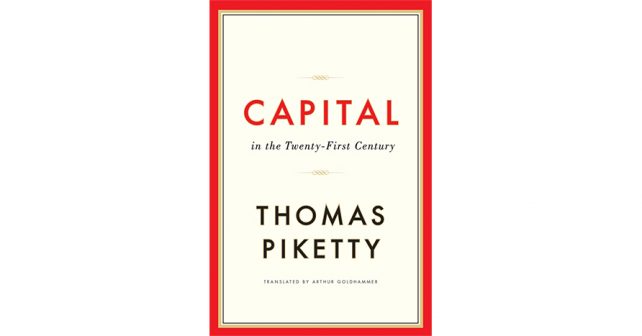 In his new book, Thomas Piketty explains why human societies have always been unequal and points out that the need of the hour is a politics of social justice

In his bestselling opus Capital in the Twenty-First Century (2013), French economist Thomas Piketty argued that capitalism necessarily increases inequality, and unless this tendency is checked by a welfare state, rising inequalities of wealth and income would lead to social instability. His latest work Capital and Ideology is an ambitious sequel that explores the history of inequality with the objective of answering three questions: how have societies justified inequality to themselves, what lessons can we draw from this history, and how do we apply these lessons in the political struggle for a more just society?

At nearly 1,100 pages, Capital and Ideology is a monumental work of inter-disciplinary scholarship. It straddles history, economics, political geography, sociology, electoral analysis, anthropology, and even literature. Piketty’s thesis rests on a couple of self-evident truths: human societies have always been unequal, though in varying degrees; all unequal societies, to be sustainable, need a justification of this inequality. This justification is what Piketty terms “ideology”.

He describes six kinds of ideologies as having played a dominant role in history: proprietarian (private property is sacred), social-democratic, communist, trifunctional, slaveist, and colonialist ideologies. Among these, the most long-lasting has been the trifunctional society. Most pre-modern societies were trifunctional. They consisted of two elite classes that jostled for supremacy — the clergy and the nobility — and a third set subservient to the dual elite, the workers.

Piketty documents how colonial expansion, industrial revolution, and the rise of capitalism in Europe changed trifunctional societies (where the propertied elites exercised juridical power over the labouring masses) into proprietarian ones, where the elites ceded their juridical powers to the State in exchange for guaranteed protection of their property. Contradicting the claims of Hayekian market fundamentalists, Piketty shows, through page after page of charts, graphs and histograms, how unfettered capitalism in 19th century Europe led to levels of inequality not seen anywhere except in quasi-slave societies. Societies built on such extreme inequality were bound to collapse, and they did, with the two World Wars.

However, the three decades after World War II saw the greatest reduction in inequality in recent history. And then, from the 1980s onward, inequality began to increase again. How do we understand these trends?

Death of the welfare state

Piketty answers this question by linking the shifts in income distribution to the prevailing ideology regarding inequality, which invariably determines public policy. He argues that the steady decrease in inequality during the 1950s-80s — a time when the idea of the welfare state was hegemonic — was the result of redistributive policies such as progressive taxation. The collapse of Soviet communism and the conservative revolution during the Thatcher and Reagan era inaugurated the simultaneous dismantling of both the welfare state and the ideological hegemony of social democratic politics.

Much of the blame for this collapse of welfarism, according to Piketty, lies with the social democratic parties themselves (in India, that would primarily be the Congress), who not only failed to challenge the revival of “neo-proprietarian” ideology, but proactively implemented regressive policies derived from it. By neo-proprietarianism, Piketty means not only the sacralisation of private property, but the relentless extension of legal infrastructure aimed at instituting private property regimes in every domain of human activity.

Piketty argues that the disappearance of redistributive politics is at the root of the resurgence of identitarian politics all over the world. With redistribution off the agenda, people’s anxieties are channelled towards issues of identity and borders – be it the anti-immigrant politics of Europe and the U.S. or the majoritarian politics in India that seeks to redraw the ‘internal borders’ of the national community on the basis of religious identity.

Hence, a politics geared towards reducing inequality is vital on two grounds: social justice, since a more equal society is also a more just society; and social stability, for identitarian cleavages can only be countered through a politics of socio-economic inclusion. Piketty offers several innovative proposals for a new redistributive politics — from capping large-shareholder voting rights and a “universal capital endowment” to forms of social federalism where fiscal governance structures at the trans-national level help curb tax evasion by national elites.

For far too long, developmental economics has focussed exclusively on poverty alleviation. But poverty is only a symptom. Its cause is multidimensional, structural inequality, a phenomenon that doesn’t seem to concern economists too much. As Piketty puts it, “Some of today’s democratic disarray stems from the fact that, insofar as the civic and political sphere is concerned, economics has cut itself free from the other social sciences.”

The singular value of this book may well be its power to revive research and activism that re-embed economic problems in a social and civic substrate.