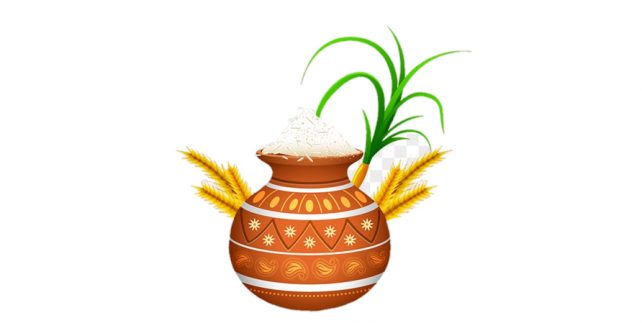 Significance of the Festival

Festivals enliven social life and unite the people by bringing them together in joyful celebration of significant events and in shared remembrance of a common past.

Pongal is a much sung and honoured festival which finds a glorious place in Tamil literature.  The Tamils all over the world, giving up all difference of caste, religion, party affiliations and statehood celebrate this festival and it is therefore, widely known as “Festival of the Tamils”.

Since the advent of Agriculture, this Pongal Festival has been spread over four days, from the last day of  the Tamil month “Marghazhi” to the first three days of Tamil Month “Thai” as Bhogi, Grand Pongal, Pongal for cattle (Mattu Pongal) and Pongal for off – springs or for greeting one another.  It is now celebrated in Tamil Nadu as Bhogi day (Margazhi’s last day), Pongal Tamil New Year day (Thai-1), Thiruvalluvar day (Thai-2), Farmers’ day (Thai-3).  Cleanliness, husbandry, industry, gratitude and worship of the SUN mark these days with grace and charm, common to all religions, the coloured or linguistic groups and different nationalities.

Festival of the South

In Andhra Pradesh, the festival is celebrated as Bhogi Panduga, Peththa Panduga, Pasuvula Pandaga, Kanumu Panduga for four days, in Karnataka as Bhogi, Makara Sankaranthi and Kanuhabba for three days and in Kerala as Makara Sankaranthi as well as Makara Vilakku on Pongal day. It is therefore, clear that Pongal is not only the Festival of the Tamils but the festival of the entire South India.  On this day, the Tamils, the Andhras, the Kanarese and the Keralities rejoice and take immense pleasure.

In North India, this period is greeted with joy.  Thus Pongal Festival achieved national importance and the former Chief Minister of Kerala Mr. C. Achutha Menon has rightly hailed it as “National Festival”.  The pride of the North and the rightful claim of all lies in our happy participation in Pongal celebration.

In the western countries, this is known as ‘Harvest Festival’ In U.S.A the fourth Thursday of November is celebrated every year as “Harvest Festi val”.  It is called as “Thanks giving day”.

Dr. Ohno, professor of Japanese language, said in the sixth international conference of Tamil studies held in November 1987 in Malaysia that the harvest festival in Japan is celebrated on 15th January every year in the name of “Kosho Katsu” like pongal festival in Tamil Nadu.

Perhaps, Pongal is the only festival which is celebrated by million people all over the world on a culture basis without any religious and political affinity.  Hence, it attains a global characteristic.

‘Every country is my country
Every man is my kinsman’.

Therefore it is concisely arranged in the order hereunder:

Let us celebrate pongal as above!
Let us sing the greatness of Tamil!
Let us live with honour and glory!

The above order of celebration decided by
The academy of Tamil scholars of Tamil Nadu and the Government of Tamil Nadu.