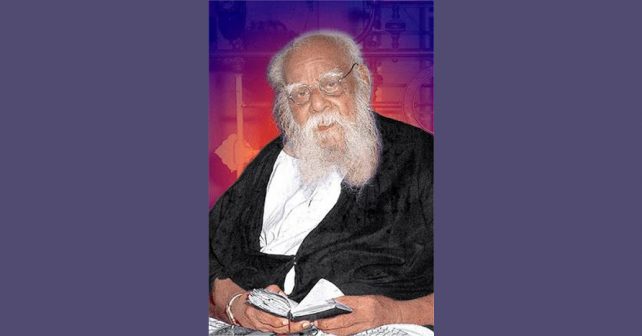 Planning of economic development and execution will bring the desired results, if only the population of the country remains constant. Practically population cannot remain constant forever. It is largely in the ascending trend. But due forecasting and factoring has to be accounted for while formulating development plans and welfare schemes for the people by reckoning the probable increase in the population or else, the entire planning process would be meaningless and become irrelevant no matter how good the planning process is.

India comes next to China with respect to demography. But the political philosophy of these countries are different. India being a democratic country has more challenges on the economic development front. Since the dawn of political independence of our country, both the Central and the State governments have been implementing population control measures through family planning programmes.

The States and the citizenry have not accepted and adopted the Family planning programs uniformly.

In the southern part of the country, especially in Tamil Nadu, the social revolutionary Periyar considered the family planning is essential for the society for liberating women from social enslavement. He started the propaganda in public meetings and discussions against women being branded as ‘Child Bearing Machine’.

Periyar started the propaganda on family planning as early as 1930 when he convened the district level conferences of the self respect movement in the earstwhile Madras Province of British India. Periyar used to publish small less expensive booklets on his propaganda ideals. Periyar did the same for family planning for its acceptance and adoption in the society. He published a a booklet titled ‘Karpa Atchi’ (Rule of Pregnancy), a compilation of Periyar’s speeches on family planning demographic experts, and medical professionals.

Periyar was way ahead of his time in identifying and articulating the social and economic maladies. This was even before the rulers of the land could identify it and come up with measures to deal with it. Periyar’s social and economic development programme became popular in independent India, when the food crisis was the big challenge.

Bearing children was considered in society as a ‘gift from God’ destined to the married couple. Any move towards family planning like birth control was being considered as challenging the will of god. Since it was concerned with the mindset of the masses, it was a very difficult task, implement any program that was contrary to their beliefs. Hence implementing any government program was challenging.

Periyar and his humanist movement took the difficult task on shoulder and fought against population growth. The increase in the pace of population growth had to be minimized. Alongside the measures had to go a long way to achieve parity between the birth and death rate as it prevails in the developed countries.

Fast forwarding to the current times, in the article, ‘Fertility showdown’ by S. Rukmani, published in The Economic Times dated August 18-24, 2019, the disparities in the effect of population control among the States and the reasons for it have been deeply discussed. The article says that there is a stark divide between the fertility rate in the Hindi heartland States and the rest of India. The disparities show the efficacy in the implementation of family planning programmes by the government and its acceptability by the people of the States.

The fertility rate remains high in Bihar and Uttar Pradesh at 3.2 and 3.0 per cent respectively and the low being at 1.6 per cent that prevails in the States-Tamil Nadu, Andhra Pradesh, Punjab, Jammu & Kashmir, West Bengal, and Himachal Pradesh and the lowest at 1.5 percent in Delhi, the inference which is entirely different from the rest.

In Uttar Pradesh the fertility rates for Hindus is 3.1 per cent and for the Muslims it is 3.6 per cent and in Bihar it is 2.9 per cent (Hindus) and 3.4 per cent (Muslims).

One more observation made in the article is that the Muslim population growth is declining faster than that of the Hindus.

Even among the Hindus, the indicators differ between the Hindi heartland States and the South. It is not religious belief that blocks the population control but the awareness and the acceptance of the family planning measures make the difference within the same religion, Hinduism.

The splendid performance of Tamil Nadu on the family planning front can be attributed to the foundation laid by Periyar’s propaganda for its acceptability. In Tamil Nadu it became customary in social circles, to bless the wedded couples, ‘Bear Less, Lead a Prosperous Life!’ Family Planning as a part of social culture in Tamil Nadu is more vital than the government’s programme. Periyar’s pioneering and consistent work in this field is commendable.

For population control, Periyar’s methods of propaganda has to be followed as a model. Prime Minister Narendra Modi, while addressing the country on the 72ndIndependence Day, at the Red Fort, Delhi, after hoisting the National Flag, said thus:

“There is one issue I want to highlight today: ‘population explosion’. We have to think, can we do justice to the aspirations of our children? There is a need to have greater discussion and awareness.”

PM Modi’s address on population control is a distinct deviation from the advocacy and propaganda made by the mentor organization RSS upholding Hindutva principles. PM Modi’s message reflecting the Periyar’s way on population control is laudable. PM Modi’s address on population control did not remain as an Independence Day message. Already the first meeting between the officials of the Prime Minister’s Office and NITI Aayog has been planned to discuss how to take it forward. Message of the official initiatives in the Ministry of Health and Family Welfare hints at the ways to encourage family planning through both incentives and disincentives.

It is the time to point out the rejection move on population control that took place during the earlier BJP regime led by Atal Bihari Vajpayee.  In 2000, the then Union Government rejected the proposals by a Commission headed by former Chief Justice of India, Justice M.N. Venkatachaliah on the formation of Population Control Law. What was rejected earlier, has now become an accepted policy.

The spirit behind PM Modi’s address is reflecting in the vigorous implementation of family planning programmes. There exists an explicit move to form a National Population Policy by the present Narendra Modi’s Government. It could contribute sizably to overcome the slowdown of the economy of the country.

Periyar’s way on humanity to progress still remains relevant and is being adopted by the government of the day even after 43 years after his demise.

Let the Nation march on to control its population strategically in line with the propaganda of Periyar!