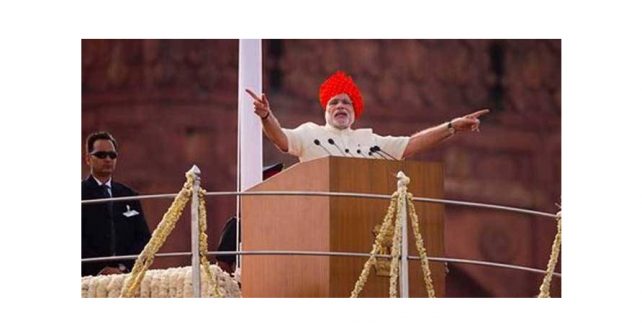 Prior to Family Planning becoming the welfare programme of governments, Periyar did the propaganda about it as early as in 1930s. In Tamil Nadu, Population Control measures are part of the culture of social commitment beyond the scheme run by the government

In a Statement issued on 16th August 2019, Dr.K.Veeramani, President, Dravidar Kazhagam welcoming the Independence Day speech delivered from the Red Fort on 15th August 2019  by Mr. Narendra Modi, the Prime Minister of India regarding the need for the control on the expansion of  the population of the country and reiterated that at the same time that the numer of Member of Parliament should not be reduced in the States / Regions on the basis of population.

For the development and growth of India in all the fronts and for every effort to achieve sustainable growth, population control/birth control is the precursor.

In 1930s itself Thanthai Periyar and his non-political Self-Respect Movement propagated for the first time in India, ‘family planning’ as “pregnancy-rule”. A book was also brought out by him under the title “Pregnancy-Rule”.

Many superstitious people condemned him and lamented that he prevents what god provides.

Protest from the point of view of the Hindu religion:

Adding fuel to fire, the organization RSS ideology loaded BJP parliament members expose their religious – fanaticism by rampageously shrieking that the Hindus would become minority community if they plan their families. Their argument is that the Hindu population would be on the wane if the people of other religions (the Islamists, Christians and others) do not plan their families. Hence, these fanatics want every Hindu couple to beget 10 offsprings each.

Some others came out with incorrect statistics and let-out venomous remarks. A political tout Subramanian Samy has brought out a book itself, revolving around this issue.

Nearly 85 years ago, Thanthai Periyar was the pioneer of the propaganda for the control of Indian population. He stressed the dire need of population control because he had always been striving for the advancement and growth of society, women’s liberation, rights and emancipation, equality at all levels and equal opportunities for all.

Views conveyed and spread through the Journal ‘Kudi Arasu’ (The Republic):

To educate women by scientifically explaining birth-control, many informative articles were published in the weekly ‘Kudi Arasu, – published by Periyar. Leaflets were also released to create an awareness about family planning. The advice of medical experts like Mary Stopes of England were also translated and published in that weekly. Obviously, it was Thanthai Periyar who had been the trail-blazer in this regard several decades ago!

Presiding over many of the Self-Respect Marriages introduced by him, Thanthai Periyar used to advise the newly married couple not to beget more than a couple of children. This had its impact when the population of Tamil Nadu was found drastically controlled, compared with other States in India. This was recognized as a great achievement by the U.N.O. which honoured us by highlighting it in its report related to population control in United Nations. This was published in leading English newspapers many years ago.

Women’s Rights as the Vision and Mission:

To safeguard the dignity, liberty, self-respect and fundamental rights of women was the ultimate objective behind Thanthai Periyar’s first voice against population-explosion.

Irrespective of the life led and religion followed, it is an undeniable truth that only a limited family means unlimited joy. Hence, religious, communal views or political obstacles should not intervene this vital issue. Prosperity of our nation should be given importance – not the adversity caused by casting votes.

The speech of the Prime Minister Modi:

It is good that the Prime Minister Modi emphasised on this aspect when he delivered his 72nd Independence Day speech at Red Fort, Delhi.

To eradicate poverty and unemployment and to seek solutions for such burning problems, population control should be stressed as an urgent need.

The Strength of the Parliament Members should not be reduced:

At present the number of parliament members is decided on the basis of our population. But this number should not be reduced in order to punish the States which are vigorously striving to control their population. This vendetta-spree should be avoided. The States struggling to prevent population-explosion must never be penalized by decreasing the number of MPs hailing from those States.

This is the chief appeal of the President of Dravidar Kazhagam. In brief, the Prime Minister is at present on the path of Thanthai Periyar – which is inevitable, indeed!