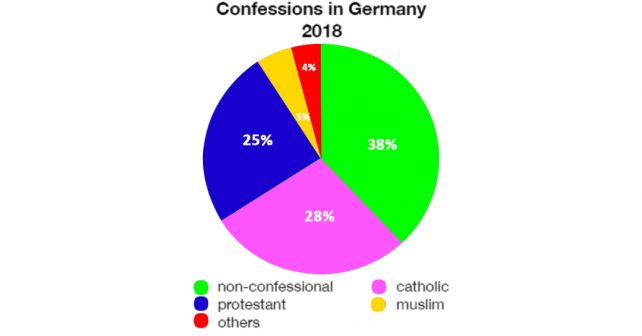 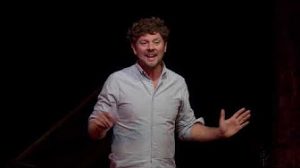 The existence of one or more gods is as likely as the existence of fairies, elves and all other mythical creatures; the belief in God(s) is the result of structural ignorance and the power of political and clerical elites. Not to believe in god(s) and their Holy Scriptures and prophets therefore is much more than just turning away from religion – it is a worldview with implications for every single aspect of life, epistemological, political and personal. The following text summarizes the basics of these implications and serves as a theoretical basis for the lecture “Evolutionary Humanism – implications for your everyday-life” at the conference.

Given my nationality, a special focus should be placed on Germany, which – among other countries – is caught between traditional religious roots and a highly enlightened, secular-humanistic culture.

The ethical foundation of Evolutionar Humanism (EH) is the “principle of the equal consideration of equal- ranking interests”. And what might sound complicated in the first glance, is basically very simple: In the event of a conflict, the interests of the conflict-parties must be assessed according to their significance for the individual; only that way a fair decision can be made as to which action can be ethically justifiable and thus legally permissible. The still young example of acceptance of homosexuality illustrates this very well: For many people, homosexual partnerships may be unacceptable because of religious, moral or political convictions; for homosexuals, however, living out their sexuality is much more important than the desire of others to apply their own moral standards to their fellow human beings. In addition, homosexuality in no way violates the rights or interests of others, so we can determine: Homosexuality may be problematic from some religious moral perspectives, but it is absolutely unproblematic from the perspective of the EH. The fact, that this perspective is increasingly widespread in modern, liberal societies is a sign of social progress that priors the rights of the individual. Intolerance of homosexuality, on the other hand, is a strong indicator of a society’s mostly religiously motivated intellectual and therefore ethical stagnation. But EH does not only stand for self-determination in sexual matters; discriminating ideologies in general, such as racism, sexism, ethnocentrism or speciesism, as well as social Darwinist or eugenic concepts are incompatible with it.

“Evolutionary man can no longer take refuse from his loneliness by creeping for shelter into the arms of a divinized father-figure whom he has himself created, (nor escape from the responsibility of making decisions by sheltering under the umbrella of Divine Authority, nor absolve himself from the hard task of meeting his present problems and planning his future by relying on the will of an omniscient but unfortunately inscrutable Providence.) All that is required, but that is plenty, is for us to cease being intellectual and moral ostriches, and take our heads out of the sand of willful blindness”. (Julian Huxley)

Evolutionary humanists reject all forms of religious and thus irrational beliefs for themselves, but they do their utmost to ensure that religiousness as a private matter, as a “spiritual hobby” remains the indisputable right of every individual. The right to self- determination anyway is a central part of our worldview. This self-determination of course ends where the rights and interests of others begin; or, as law students learn in their first semester: “My right to swing my fist ends where your nose begins.” Self-determination must therefore not be confused with ruthlessness or even fools-freedom; but a secular state can only be equally home to all citizens if it acts as a neutral referee between the different religious and ideological parties without privileging a particular religion or ideology – that must be the basis of all legislation, and that is precisely why the gbs is committed to a consistently secular and ideologically neutral state.

Because the rules that a state lays down for its citizens ultimately affect every area of life, EH and the concept of an ‘ideologically neutral state’ can be applied to almost all areas of life. However, before these aspects are examined, a brief insight into the specific situation in Germany follows.

From 1870 to 1970 Germany was a largely homogeneous Christian society, in which over 90% of the population belonged to either the Catholic or the Protestant Church. In fact, the share of church members on the territory of the Federal Republic of Germany fell by only 5 percentage points within 100 years, from 98.6% in 1871 to 95% in 1939 (during the peak of the Nazi Regime!) and 93.6% in May 1970.

With a population share of over 38%, significantly more non-confessional people live in Germany today than Catholics (28%) or Protestants (25%). In addition, there are about 4.9% confessional Muslims and 3.9% members of other religious communities (including the Orthodox Churches, the Free Churches, Judaism, Hinduism and Buddhism).

And two Studies recently gave an idea of Europe’s future of religion: about 80% of young Europeans say, they can be “happy without a god”, less than 3% stated “high confidence” in religious institutions, while only about 20% of the young German Catholics and Protestants considered themselves as religious.

To conclude: By historical standards, the German civil society has become much more heterogeneous – and probably not only the German-, but the enormous change of the worldviews proportions hardly arrived in the German legal system – and that legal System is valid not only from one’s cradle to the grave, but starts pre natal and ends post mortal.