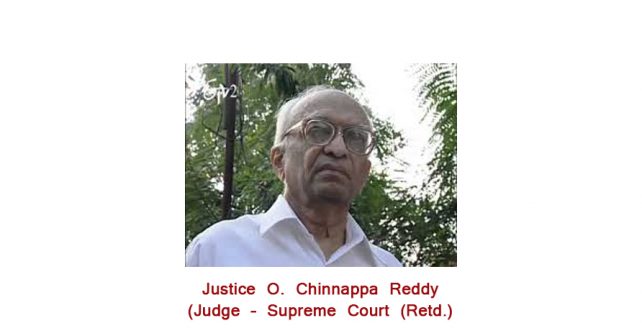 … Continuing from the previous issue

Revivalism comes to us in captivating colours. Some poets, eminent scientists and renowned philosophers have fallen prey to the attractive colours displayed by revivalism. Every intellectual must identify these forces of revivalism and expose the contradictions in the writings, thoughts and the ideas of these writers, scientists and philosophers.
Religion and superstition, which naturally go hand in hand, have a powerful sway on the minds of the vast majority of the millions of the people of India. People are obsessed with the inexorable philosophy of ‘karma’ to such an extent that it has become a part of the marrow in their bones and the blood in their veins. But it is a malignancy which must be removed. Spiritualism and the Karma-culture have so emasculated the Indian masses and made them so resigned to what they describe as their fate that they believe, their sufferings are related to their previous birth. They fail to realise that they suffer because of totally unjust and cruel social system. Governments of the country have always done their best to constantly encourage the forces of such religious obscurantism. People should be delinked from the shackles of obscurantist dogmas of the past, which have crippled the minds of our people.
All natural sciences teach us one lesson. It is that status quo and conservation are not the laws of nature but are alien to it. Change, flux and progress are nature’s laws and it is towards them that we should all look at and strive. Karma, fate, superstition, detachment, immortal spiritual essence and prejudice, and their off spring; the barriers of race, religion, region and language constitute the big undivided ruling family of irrationalism.
I would like to emphasise the anti-progressive, the anti-revolutionary role of revivalism. Revivalism is not an accident. It is part of the historical counter – revolutionary process.
The class of the masses must ultimately triumph provided the people can rationally recognise their own interests and organise themselves to change the existing social structure. Irrational revivalism is invariably used to strengthen and fortify the existing economic and social structure, rather than for the improvement or the betterment of the community or the nation as such. Here we must note that quite often there has been an attempt to give a rational appearance to revivalism.

Irrational revivalism is invariably used to strengthen and fortify the existing economic and social structure, rather than for the improvement or the betterment of the community or the nation as such.  Here we must note that quite often there has been an attempt to give a rational appearance to revivalism.

Revivalists Colebrook and Max Mueller rediscovered the philosophy of Vedanta. There are many such living revivalists today who render to the ruling class of India, a service which is more valuable than that of several regiments of soldiers. Some of the Swamijis and God men to whom I made references earlier and who are eloquent apostles of revivalism, may be quite sincere and sensitive people who, disturbed by the spectacle of the villainies of the world, preach Dharma, Karma and Prema in a naïve effort to abate these Villainies. They may do so to appease the people who may otherwise react against their poverty, tyranny and oppression.
We are expected to believe that Prana Mudra is a sure cure for heart ailments and that all we have to do is to hold our fingers in a particular way and that it would cure permanently. Such absurd researches are being called ‘ancient insights into modern discoveries’. It is also said that Mayan civilization of Central America was Hindu in origin. Another absurd discovery is that nuclear weapons were used in the Mahabharata war and the wars between the Devatas and the Rakshasas (Gods and giants). All these create an irrational consciousness in the minds of the people, driving them away from the real and rational consciousness.
To quote the late Dr. S. Radhakrishnan – “Many of the fundamental evils of Indian society can be traced to two important factors, namely irresponsible wealth and religious bigotry. It is the corruption of the spirit in the guise of superstition. There is degeneration of accepted ideas.
Reason and Science are unable to explain many of nature’s phenomena. True intellectuals of this country should wage a war against superstition, prejudice and every form of irrationalism. They should adopt and practice a scientific and rational approach to life. Let the people of India move towards a better future and greater humanism. The new man of the world to come, should be free from archaistic thoughts. He must strive to create a universal fraternal society, every member of which will work according to his ability and receive according to his need.”

Churning of ‘Gold’ from the holy Cow’s Milk!

The West Bengal Chief of BJP, Dilip Gosh has let out a ‘scientific’ statement! “A feature of the Indian cow is that its milk contains gold. That’s the reason the colour of the milk is yellowish!” The BJP functionary has given credit only to the indigenous cow’s milk.
“The Indian cows have humps, which the foreign cows don’t have. The foreign cow has a straight back, like a buffalo. The hump has an artery, called ‘swarnanari’ (gold artery). When sunlight falls on it, gold is formed.” Let the BJP chief advise their national leaders to initiate steps to close all the gold mines! There is a limit even to let out false statements based on faith, but the ridiculous statements of the saffron outfits are boundless!