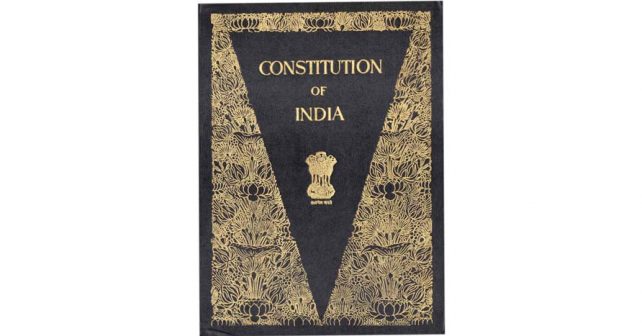 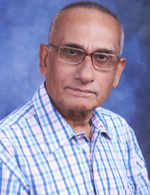 The negative image of the State governors as above all “an agent of the Centre” has proved difficult to erase.

The negative image of the State governors as above all “an agent of the Centre” has proved difficult to erase. The controversies have been around the issues of selecting the chief minister, determining the timing for proving legislative majority, demanding information about day-to-day administration, taking apparently long time in giving assent to bills or reserving bills for the President, commenting adversely on specific policies of the State government and exercising powers of the governor as the chancellor of State universities.

Various important and well-intentioned attempts were made both to understand the role of the governor in our federal democratic set up and to recommend ways to make this institution conducive to strengthening Centre-State relations; for instance, the Administrative Reforms Commission of 1968, the Rajamanar Committee of 1969, Committee of Governors of 1971, Bangalore Seminar of Experts of 1983 and finally, the Sarkaria Commission of 1988. All of them more or less agreed on one point, that the image of the governor as merely an agent of the Centre sitting in State capitals and desperately seeking an opportunity to run down the State government when it is in the hands of a party opposed to the party ruling at the Centre or trying to bring about a government of the same party as at the Centre will deform our federalism and destroy our democracy. And all of them made extremely valuable recommendations to make the office of the governor the “linchpin of the constitutional apparatus of the State.”

It is necessary to remember that the office of the governor under the Constitution of independent India is altogether different from the provincial governors of the Maurya, Mughal or British empires. Governor’s role and functions had been widely debated by some of the best minds in the Constituent Assembly like Dr. P.S. Deshmukh, T.T. Krishnamachari, H.V. Kamath, Pt. H.N. Kunzru, Alladi Krishnaswamy Ayyar, Rohini Kumar Chaudhury, Shibban Lal Sakshena, K.M. Munshi and of course, Dr. B.R. Ambedkar. Their understanding was that the proposed constitution was creating ‘responsible government’ in the States as much as at the Centre — that is, responsible alone to the respective legislatures, that the States were indeed sovereign within their own domain, that the discretionary power, beyond the specific situations mentioned in the Constitution, does not enable a governor to override the State government. As Dr. Ambedkar had said, “I have no doubt in my mind that discretionary power is in no sense a negation of responsible government. It is not a general clause giving the governor power to disregard the advice of his ministers in any matter in which he finds he ought to disregard.” Therefore, selecting a chief minister of his choice or creating / utilising opportunities for defections to change the party in power cannot be a governor’s job. As the Sarkaria Commission succinctly put it, his task “is to see that a government is formed and not to try to form a government,” which most governors are seen to be doing even to this day.

Many undesirable actions, from the standpoint of federal and democratic constitutional system that governors often at times engage in, could be the result of uncertainty of tenure that they suffer from. That is why many of the committees and commissions mentioned above examining the institution of the governor suggested fixed tenure in office. They also recommended that chief ministers of concerned States should be consulted before appointing a governor. To end the monopoly of the Centre in selecting its ‘own man’ as governor, the BJP, along with the left front government of West Bengal, had in the 1980s, even gone forward to suggest that the appointment should be made from a panel prepared by the State legislature and actual appointing authority should be the Inter-State Council, not the Central government.

The Constitution empowers the governor to reserve a bill for the President’s consideration. This is an important ‘discretionary power’ which is necessary for the governor to make sure that State’s laws fall within the framework of the Constitution. But such gubernatorial interference would be necessary only very rarely and the expectation, contrary to the reality, is that its procedure should not be misused to ‘cold storage’ a bill fairly passed by the State legislature. The Centre’s interference with State legislative process was so much disliked by the BJP that in its submission to the Sarkaria Commission, it suggested that the Centre before passing a bill even on an item in the Concurrent List should consult the States.

The Constitution empowers the governor to ask for information on administrative matters from the chief minister. This provision was hotly debated in the Constituent Assembly with some members even calling it “very dangerous,” for it would likely open the door for gubernatorial intervention in day-to-day State politics. Dr. Ambedkar forthrightly made his position clear on this: “The governor under the Constitution has no functions which he can discharge by himself, no function at all.” While the Article “does not confer upon the governor the power to over-rule the ministry on any particular matter,” he has certain duties to perform the most important of which is that he has “to advise the ministry, to warn the ministry, to suggest to the ministry an alternative and ask for reconsideration.” “Good and pure administration” requires the governor to perform such duties, said Dr. Ambedkar.

Good and pure administration, that is what Dr. Ambedkar might have felt unnecessary to mention, was that the effective performance of these duties had a prerequisite, that the governor must, in the first place, help create a perception about himself within the government as well as among the citizens of the State that he cares for good and pure administration, and not for promoting the interests of the party ruling at the Centre.

Governor as the chancellor of State universities is technically free to act on his own within, of course, the limitations imposed by the university statute. But then, as in principle, the governor is an outsider to the State, he would not be conversant with local dynamics to handle the affairs of State universities. Hence, he will have to seek advice from local sources. It will be both inappropriate and unwise for the governor to lend his ears covertly to the local members of the party ruling at the Centre rather than transparently seeking advice of the chief minister and other concerned ministers, as the Sarkaria Commission suggests.

It is indeed true that the insightful and responsible recommendations made by the committees and commissions examining Centre-State relations have created widespread public sensitivity and opinion regarding various wrong doings of the Centre through the office of the governor which have proved to be damaging for the essential federal structure in India.

The landmark judgment by the Supreme Court in S.R. Bommai vs. the Union of India (1994) effectively cautioned against the frequent use of Article 356 for removing State governments run by opposition parties. This drastically reduced the incidence of President’s rule from 63 during 1971-1990 to 27 between 1991 and 2010 and this indeed has strengthened the federal structure to an extent. But there is no certainty that similar judgments would follow on other controversial issues in future.

None of the numerous reports and recommendations by the committees and commissions mentioned above has been taken for implementation by any government at the Centre. The BJP being comfortably in power at the Centre can indeed act upon its own demands for strengthening federalism made earlier, as mentioned above, but possibly change of location in power structure prevents it from doing so. Be that as it may, it is indeed true that the insightful and responsible recommendations made by the committees and commissions examining Centre-State relations have created widespread public sensitivity and opinion regarding various wrong doings of the Centre through the office of the governor which have proved to be damaging for the essential federal structure in India. Rather than using the governor’s office as an instrument for controlling State politics by exploiting his tenurial insecurity, party loyalty or through pandering his ambition it is better for the country in the long run to respect such public opinion and to let the governor act on his sagacity and sound judgment. Whether informed public opinion would be able to organise itself to have a desirable impact on the politics of the day remains to be seen.