Release of “Constitution of India is Not What it is” authored by Dr. Justice A.K. Rajan 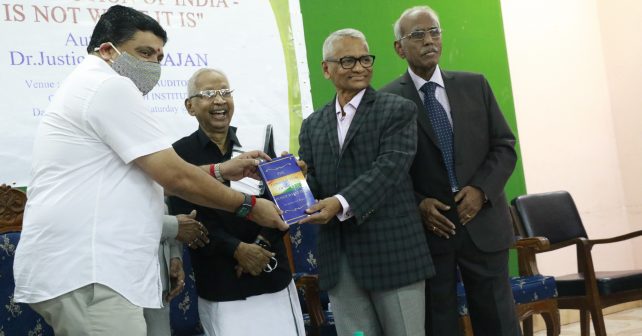 The book released by Dr. Palanivel Thiaga Rajan is received by Prof. Ravivarmakumar in the presence of Asiriyar Dr. K.Veeramani and the author Dr. Justice A.K. Rajan.

The book, “Constitution of India is Not What it is” authored by Dr. Justice was released by Dr. Palanivel Thiaga Rajan, Hon’ble Minister for Finance, Tamil Nadu State Government on 22nd October 2022 in Chennai.

While briefing, the author Dr. Justice A.K.Rajan said that today, one does not know where lies the line that separates the roles and responsibilities of the judiciary, the legislature and the administration.

The excerpts from the speech of Hon’ble Dr. Palanivel Thiaga Rajan:

The line between the judiciary and the administration blurs a lot. The line has already blurred with things like the anti-defection laws. It is getting blurred in good and bad ways. While there is an overreach in some cases, there are also instances in which judges refuse to step into something that they should look into. With reference to the recent issue over a public interest litigation petition on freebies, how can that be considered a justiciable matter. On what basis in a democracy can the court be appointed a chaperone between the electors and those seeking election. The book’s title is a reference to a former Chief Justice of the US Supreme Court who said the “Constitution is not what it is, but what the judges say it is”. Such an enormous responsibility of interpretation is laid on the shoulders of judges in any democratic society. This responsibility is being used, neglected and, in some ways, misused or put tin cold storage in India. There are many cases with serious constitutional implications, and yet, not a single hearing has happened in the Supreme Court, or they are heard five or six years later when the hearing is effectively infructuous. In India such problems are compounded by the notion that one cannot criticize the judiciary, like many other democracies. In many issues there are multiple judgments contradicting each other. An inscription in a courthouse in New Jersey reads, “Precedent makes law; if you stand well, stand still.” It is to make the judges of the higher judiciary appreciate that every time they open their mouth or use their pen, they are validating or setting a precedent.This notion of restraint, of truly checking precedents, of being wary of creating new precedents, I think, is becoming of a judge. 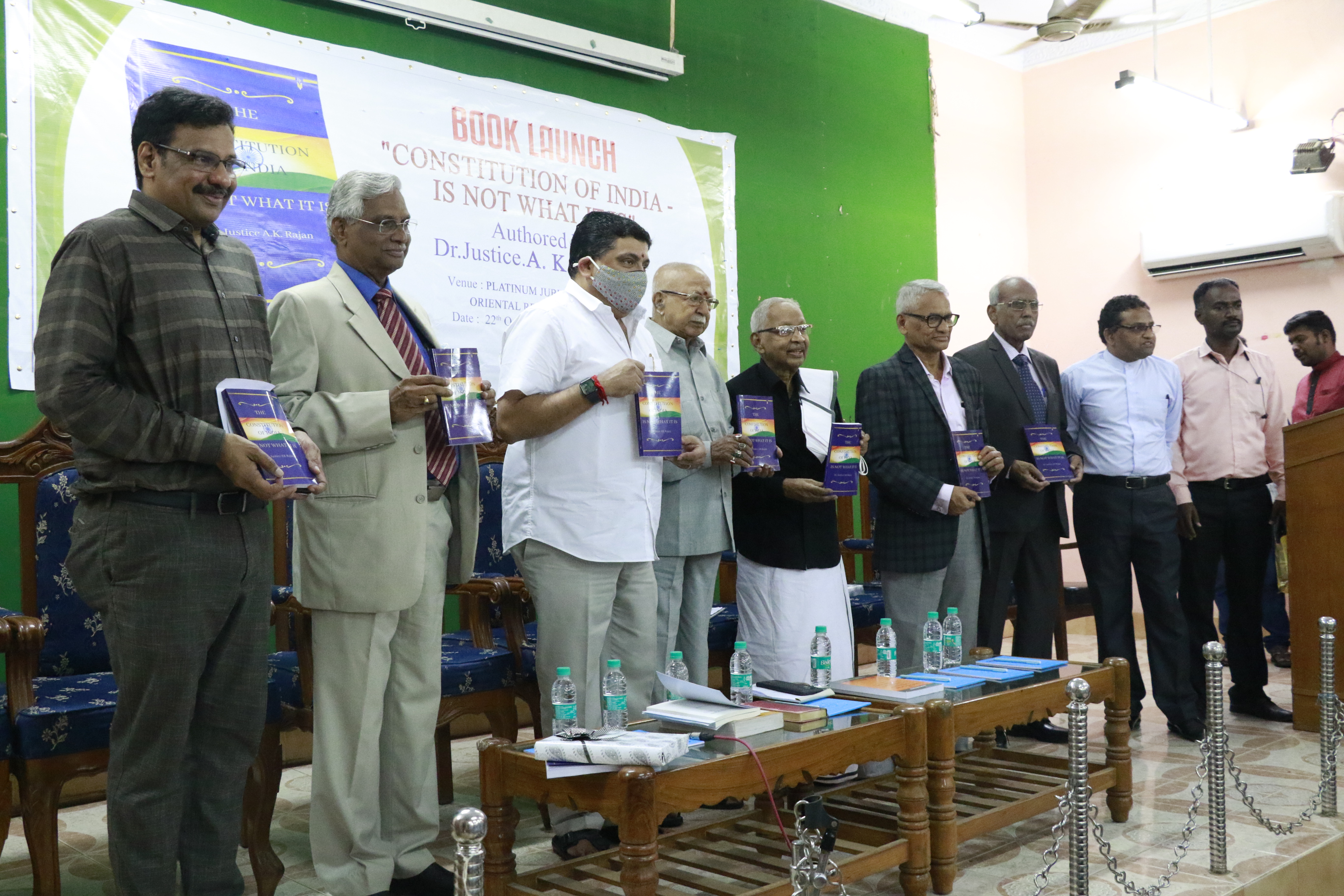 The dignitaries on the dais while releasing the book.

Justice Doraiswamy Raju, former judge of the Supreme Court: It is the need for judges to avoid bringing their personal preferences in their judgments.

Prof. Dr.Ravivarmakumar, Senior Counsel: The Kesavananda Bharati judgment is often referred as a landmark, protecting the basic structure of the Constitution; the same judgment played a significant role in blurring the line between the judiciary, the legislature and the administration

Asiriyar Dr.K.Veeramani: To write a book like this requires audacity and clarity. More than the knowledge about the contents of the Constitution, the courage with which the issues have been discussed has to be appreciated. The book will be of immense help and use to the students, advocates and those who are concerned about societal welfare and progress.

In India as a democratic republic, the rulers must be elected by the people. The State is separated as legislature, executive and judiciary in the exercise of their authority. Among these three wings, people rest their ultimate hope with judiciary to redress their grievances and ensure rights. Besides, the judiciary must watch for the rule of law. All the wings must discharge their respective responsibilities without interfering in others’ jurisdiction as expected by the Constitution. 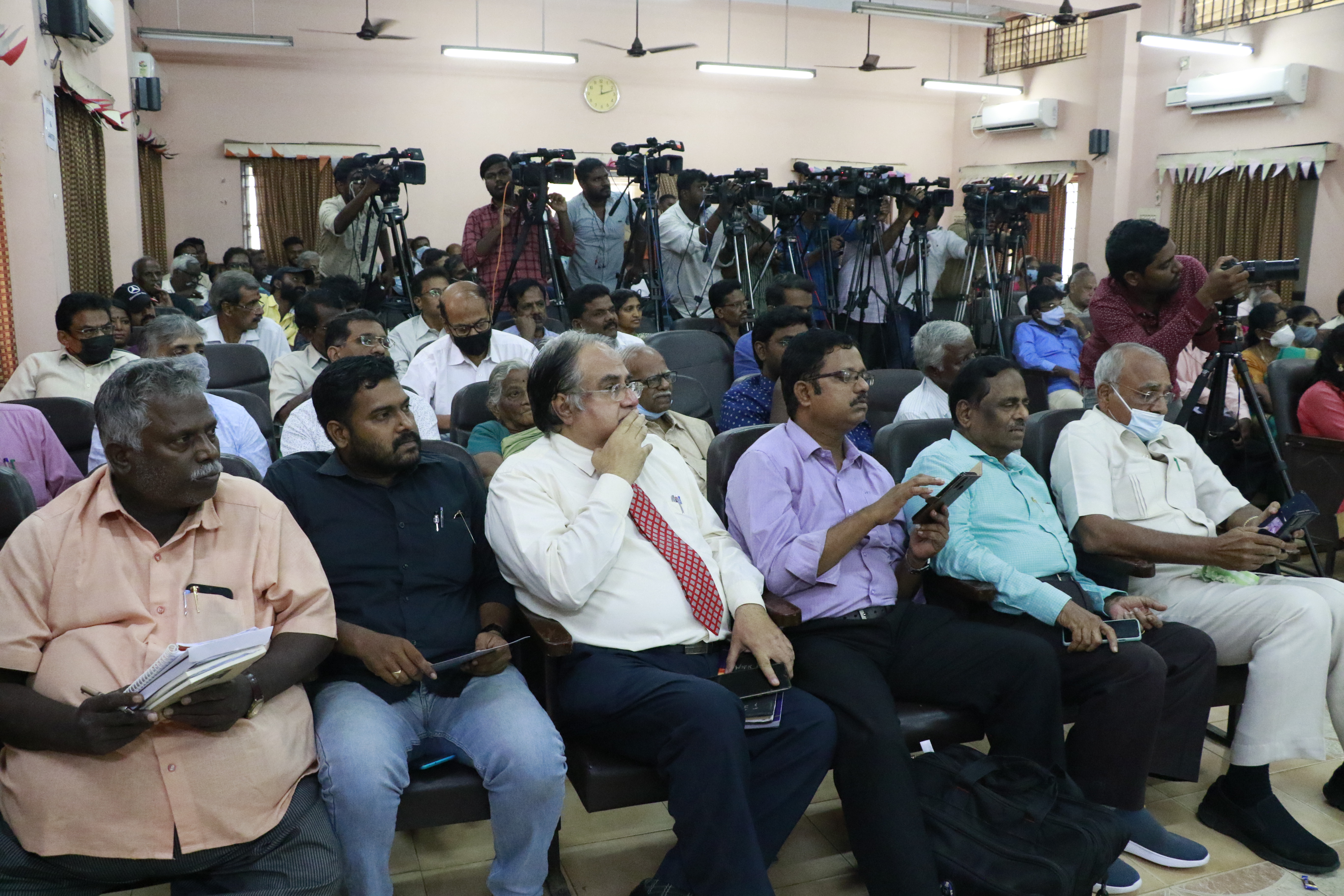 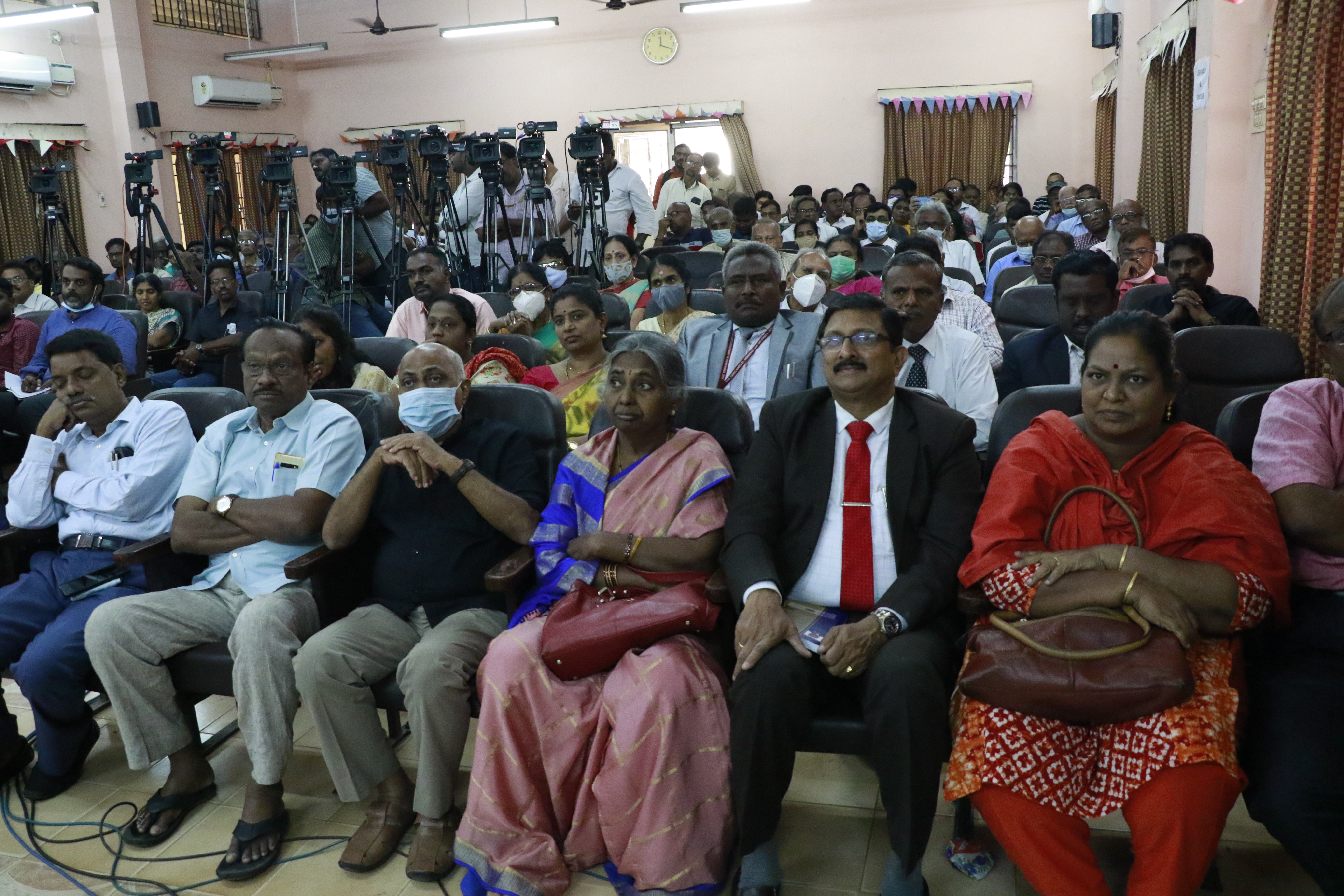 As per the preamble of the Constitution, it is the resolve of the people of the country that constituted the law. Real sovereignty is vested with the people. The people who exercise authority in the three pillars of the State must bear it consciously while discharging their responsibilities.

It is very pertinent to point out the narration of the legal luminary of Karnataka State. L.G. Havanur who associated himself in drafting the Constitution of South Africa, said “The provisions of the Constitution so far as the Backward Classes are concerned are clear and unambiguous. But the interpretations given by the judges are highly ambiguous.”

When a similar economic criterion was stipulated earlier in Tamil Nadu in 1979, it was opposed vehemently through mobilizing public opinion and that resulted in the electoral defeat by the ruling party in the Parliamentary elections subsequently. The G.O. on economic criterion was withdrawn consequently. The people’s opinion and verdict were reckoned by the elected ruling authority.

At present the majoritarian has amended the Constitutional provisions in favour of economic criterion to provide reservation to weaker sections. The amendment awaits the scrutiny and judgment of the apex court.

Judiciary is the ultimate hope of people in getting justice on the issues that affect their rights as ensured by the Constitution. The judges of higher judiciary are in the vital position in deciding the rightful life of every citizen.

The book launched must reach all the sections of readership for which it had to be translated in Tamil and then in all other languages of the country.

Let the issues discussed in the book strengthen the correct interpretation of the constitutional provisions! We congratulate the author to bring out not a book but a treatise.