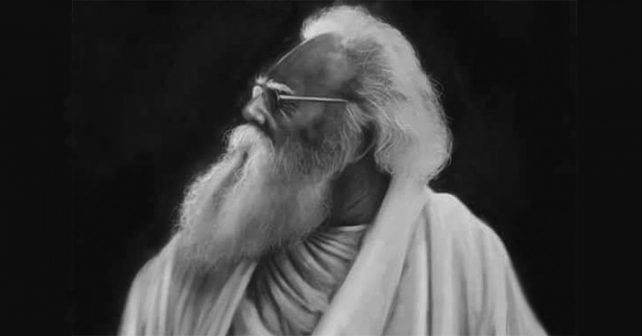 If it is true that divine men have created a religion for creating relationship between man and religion, it only shows the weakness of god, who is considered to be all powerful.

Today, the people are of the opinion that all the religions were created by the people. In the society you find good people as well as bad people.  Similarly you can classify the society into two categories. Those who are serving the society and those who are self-interested.  It is not possible to divide the society as those who have divine powers and those who do not have divine powers. That sort of differentiation will not be possible as there are no substantial grounds based on knowledge, proof and experience. So whatever religion you may take, you cannot assert that it had come into existence on account of divine powers. You will only come to the conclusion that it was created by some learned people who evinced deep concern about the society.  That is the only truth, a researcher of philosophy could find out. What is actually meant by philosophical enquiry?

A learned scholar who has a foreword to (a Commentary Book on) ‘Kural’ – a rational literature of Thruvalluvar in Tamil, has written that false has become false whereas truths devoid of false have remained as truths.  So anything that is false must disappear anyday.  Truths must be reckoned as truths someday or other.  Otherwise it will be derogatory to scientific research and investigation. Seeking the truths is the purpose of research.  Distinguishing the truth from the false is the purpose of research.  If you deviate from this and attempt to make the false as true in the name of philosophic research, it will end in giving false image to falsehoods and lies.  If research of philosophy adds strength to falsehood, it will be belitting the rationality of man.

When you consider about religion and enquire as to what for a religion is created for man, the religious people reply that religion is needed to link man with god and to make the man reach the kingdom of god.  Religion was created for this purpose by divine people. This is what the President of the meeting also said in his speech.  Do you think that this is acceptable to philosophic research and scientific investigation?  If it is true that divine men have created a religion for creating relationship between man and religion, it only shows the weakness of god, who is considered to be all powerful.  Man needs another man or divine man to relate him with god.  What is meant by such relationship?

If it is true that God is everywhere and is endowed with super natural powers and if it is true that He only controls all actions in the world, why should there be an intermediary to create relationship between Him and man?  What is the need for such a relationship? Further I like to ask as to who links the plants, worms, germs and birds with god.  Why any one is needed to link all those living beings which are devoid of rationalism?  They do not need a god!.  They do not know anything about god.  They don’t require an intermediary or a religion.  But, for a man endowed with rationalism, divine person and a religion are essentially needed to realize a god.  Man has to depend on these for relationship with god.  What do you think of these?  Is it acceptable to the reasoning talents of a researcher of philosophy?

As I said before, you may sort out good people, learned people, benevolent people in the society.  But to sort out some people as divine people and say that they were alone created by god is unfair, unjust and unbelievable.  If it is true that god created such men as divine persons, I like to ask as to who created other people.  If god is the creator of humanity, why should he create crores of people as ordinary beings and create only a few as divine persons, to get himself related to man?  Is it necessary to do so?  Why should he labour many times so hard to create humanity?  Could he not do it in a simple and uniform method?

It may be said that it is his will and pleasure and it may be accepted by some people blindly.  But we are today discussing about philosophies.  We can not exempt anyone or anything from the purview of research.  We must go from the grass roots in every matter.  Moreover we are discussing about philosophy and so we have every right to question about anything and everything.  It is our duty to conduct inquiry about god, religion, and their philosophies.  Interpretation of philosophy is inclusive of god and religion.  We can not leave it.  For other matters we need not make much enquiry.   Most of them are self-explanatory.  We don’t take much pains to do research about gold, copper, silver and other metals.  We don’t accept the metals for use without touching them and testing them.  But as we have chosen the philosophy of god and religion as the subject for the day it is a difficult matter for investigation and it needs a lot of thinking and reasoning.  We have to seek the truths about them.  If the thinking and reasoning qualities in the man are forbidden to probe into this matter, we will never realize the truths about god and religion.  It will result in giving an eternal life for false religions.  God and religion would ever remain as tools of mere blind belief.  That is why I appeal to you to think over whether an intermediary is needed to realize god.

Next, if it is true that god could be realized and reached by man only with a religion, why should there be so many religions. Is there no limitation for religious and divine persons?  Why should there be controversies, irregularities and contradictions amongst the religions created by men said to posses divine powers? Why should there be religious wars? Why should massacre take place in the name of religions?  Why should sufferings and miseries overtake humanity on account of religions? It may be said they are not due to divinity but because of human ignorance!  The argument does not hold water.  If a man endowed with rationalism is not able to understand, other men cannot.  If a rational being falls a victim to hatred and ill-feelings resulting in riots and quarrels, how is it for a man to realize and reach a god that is not physically congnisible?  Moreover, god is said to be not visible and understandable for ordinary men.  How is it possible for men to recognize god?  Please think over.  How are we to consider the creators of these religions as divine personalities, when there are so many quarrels, man-handling, riots, loss and damage in the society?  You will have to think over all these.

How are we to believe that all these religions were created by men with divine powers?  We have to deeply ponder over these issues.  Because the creators of religions are credited to be men of divinity, many others later on came to be revered as divine persons.  Their number is going on increasing day by day.  No one cares to think of it.  Buddha, Jesus, Mohamad, Nayanmars, Alwars, Swamijis, Mahatmas, Rishis, SaiBabas and umpteen of others are parading themselves as divine men.  There are many controversies, agitations, fights and difference of opinion about them.

After the advent of rationalist propaganda, there is an awakening.  A large section of the people are now able to exercise their thinking faculties in an unbiased manner.  With the result you find the divine men dwindling.  For many centuries back, Alwars, Nayanmars and Dasars were not born.  What have these divine people achieved to emancipate masses?  How many are able to realize god and research god and reach him on account of their preaching?  As things stand today people are not prepared to accept all sorts of fellows as divine men.  Rarely do we find efforts taken to create one or two divine personalities here and there.  Even such creations met with an early end as an exotic plant.  The more and more you aspire to realize the truth about god and religion, they go far away from you in gallops.

My interpretation of philosophy behind god and religion might cause you surprise.  Some of my views might be different from your views.

Why should there be so much bewilderment about god and religion, which are repeatedly emphasized as important and indispensable for humanity.  Many considered these as true and absolutely necessary for man.  In fact, many believed these versions, with the result god and religion gained a vast influence and importance in the life of man.  Why such a planned propaganda is being carried on even now to substantiate god and religion by these different divine men?  How does any urgency arise for it?  What is the result?  Who is able to gain by this?

Above all, are we to think that Jesus and Mohamed, who were unselfish and who sacrificed a lot were not able to understand the real philosophy behind god and religion as they are preached today?

Comrades!  Man is not able to see or feel god directly and independently, even though god is said to be all powerful and capable of controlling all things in the world.  He is still dependent on others called the divine people.   God has to be denoted as god by others.  Similarly religions did not crop up of their own accord.  They were simply created by others.  Man has to be forced to act according to religion and their regulations.