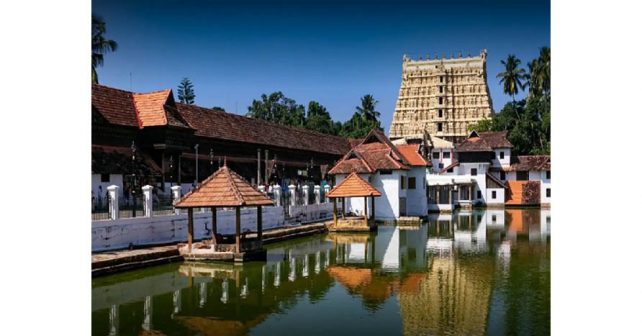 Secularism and religious freedom mean different things to different people. True secular nations don’t have a state religion. Their governments function independently without allegiance to any religion. They give full freedom to their citizens to follow any religion. They also allow people to be agnostics and atheists. They believe that having belief or disbelief in god is a basic right of individuals. In other words, in true secular countries, belief in god is treated as an entirely private affair. They also give the citizens the right to spread atheistic ideas. Only if all these freedom and conditions exist in a country, it can be called as a true secular country.

Contrary to the popular belief, there is religious freedom in communist countries. Russia is a good example. In Russia, there is a clear separation between the state and the religion. The state gives people the freedom to maintain their places of worship. They give equal freedom to agnostics and atheists to spread their ideas. They give full freedom to atheists to comment religious ideas, beliefs and customs.

At the same time, the state doesn’t allow any attempt by anybody to encroach upon or usurp the rights of others either on the basis of religion or on the excuse of religious sentiments and religious faith. In the name of religion, nobody is permitted to do anything that infringes upon the honour of others. Nobody can dodge and evade the performance and fulfilment of one’s bounden duties as the citizens of Russia on the grounds that one’s religious tenets do not permit him to do so. Religious practice is not a fundamental right there.

India claims to be a secular nation. India’s constitution does not discriminate against its citizens on grounds of religion, caste, gender, ethnicity etc. The State practises the policy of non-interference with the religious faiths and practices of its citizens. Anyone can participate in the governance of the state. These things are in consonance with secular principles.

But, in reality, India functions as a ‘Hindu country’, contrary to secular principles. A secular government is bound to function without leaning towards any religion. Indians have given a wrong interpretation to the word ‘secularism’.

India’s great rational thinker, E.V. Ramasamy (1879-1973), vehemently criticises this wrong interpretation. He condemns this wrong interpretation. He explains this wrong interpretation with a comparison. He says that the phrase, ‘virgin women’ refers to the women who have no relationship with any male. Likewise, the word ‘secular’ means having no leaning towards any religion in any manner. Interpreting secularism as treating all religions equally is similar to interpreting the phrase, ‘virgin women, as those who have sexual relationship equally with all males! So, he asserts that it is absurd to assume that treating all religions equally is ‘secularism’. Remaining without leaning towards any religion is the ‘true secularism’.

Ignoring the basic principles of ‘secularism’, India functions as a fanatic Hindu country. Obeying the dictates of the Hindu fanatics, the government spends a large amount of money unwisely to maintain a large number of old and useless cows. It spends 650 crores of rupees to propagate the dead language, Sanskrit. At the same time, it spends only 29 crores for the development of the five classic and living languages of India namely Tamil, Telugu, Kannada, Malayalam and Odiya. It spends huge amounts for the construction and maintenance of Hindu temples. It assists the Hindu religious institutions to conduct religious festivals extravagantly. How could this activity come under secular activities? Thus, India can be called a pseudo-secular country.

To give the impression to the outside world that India treats all religions equally, the Indian government gives a substantial amount of money as grants every year to Muslims to enable them to make pilgrimages to Mecca. How can a secular country spend State funds to enable its citizens to do religious duties? Isn’t it a gross violation of the principles of secularism?

India has another peculiar problem. A few famous Hindu temples have huge amounts of valuable things in their coffers. No places of worship in any other country have so much valuables as the Hindu temples in India have. For example, the Pathmanabhaswamy temple at Thiruvananthapuram in Kerala is the wealthiest ‘place of worship’ in the world. It is conservatively estimated that the value of the monumental items (Diamond, Gold, Pearls, gems and Sliver) is close to Rs.1.2 lakh crores or Rs.1.2 trillion (US $ 17 billion) or Rs. 1,20,000 crores. The real value will be more than this.

Who is to control the huge wealth of the Padmanabhaswamy temple of Kerala? For what purpose, should this huge wealth be used? A lot of thinking and wisdom is required for taking a decision on these two questions, Many people especially Hindu fanatics will blindly say that the management of the temple has the exclusive right to manage its wealth. This is a wrong conclusion. The reason is that the Hindu religion is not a true religion, since it does not stand for the objectives of a true religion. It is not a civilized religion, since it does not stand for human equality and humanitarianism. It stands for the barbaric caste system. Its sole objective is to protect the interests of the upper caste Brahmins who are negligible minority of the total population. Hinduism does not promote man-to-man relationships. Brahmins have oppressed non-Brahmins inhumanly in the name of religion and caste system. Only the British rule in the nineteenth and twentieth century could save them from their inhuman economic and social oppressions. Historical facts bear this out.

In European societies, the role played by religion is different from that in a Hindu Society. Christian churches run educational institutions and hospitals. They also render many social services such as running orphanages, old-age homes etc. Hindu religious institutions don’t engage in any social welfare activities. They don’t run educational institutions, hospitals and orphanages. In short, they don’t engage in any activity useful to the society in any manner. All along history, we find that temple funds have mainly been used by the rulers and the priestly class exclusively for their own selfish ends. This has been the tradition of the Hindu society for generations. When the objectives of the Hindu religion are so unwise, is it sensible to give the control over the huge wealth of the Padmanabhaswamy temple to a few descendants of the Travancore royal family and group of self-centered brahmin priests? Is it ethically and morally right in this scientific and rational era? It is to be remembered that ‘Religion is for the society and not vice versa’.

In 2020, the Supreme Court of India has given the power to the temple management to handle this huge wealth. So, the vast wealth comes under the control of the descendants of the Travancore royal family and a group of brahmin priests of the temple. The judges might have passed this order in the name of religious freedom. The judiciary has not seen the ground reality. It needs reconsideration. Using this huge wealth for common welfare is the right and wise thing to do.

Central government abolished privy-purse and other privileges to the former rulers in 1971. When the hereditary rights of former rulers stand abolished, how can it be just to give this privilege to the descendants of the royal family of Travancore alone? On the other hand, utilising this huge wealth for the welfare of the entire Indian society in general and Kerala in particular will be a very sagacious step. So, this issue needs open and rational discussions not only in all the rational fora of India, but also in the international rationalists’ fora.

This Temple’s huge wealth is the contribution of the common people for several decades. If this amount is spent for the welfare activities of this society, it will be beneficial to crores of people. Spending right is now bestowed to a few people based on birth. Availing this right, about hundred families live like Maharajas of olden days. Is this decision right and just? Wisdom says that adoring and revering fellow human beings merely based on birth is immoral. Great moral preachers of the world like Buddha and Confucius appealed to the people to revere only the people who are virtuous and not the people based on birth.

Hindu religious fanatics say that using the wealth of the Hindu Temples for common welfare is immoral. But a logical and rational analysis indicates that it is moral; because, it does not interfere into the religious freedom of anybody in any manner. It does not infringe the rights of anybody.