Reservation for EWS, Administering A slow poison to Social Justice 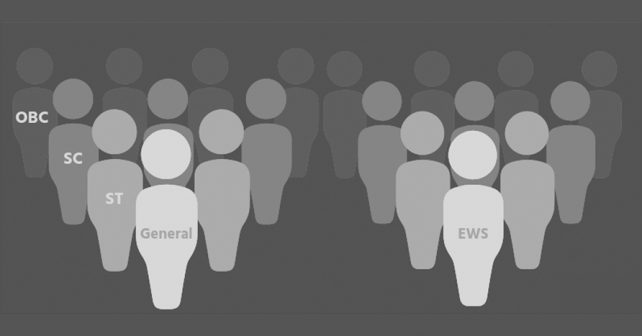 The Constitution of India provides reservation in jobs and admission into educational institutions to the socially and educationally weaker section. The economic criterion was deliberately dissociated from the reservation provisions after meaningful debate and discussion in the Constituent Assembly.  For the uplift of economically weaker sections(EWS), financial assistance may be extended in the form of welfare measures. The basic tenet of social justice is to compensate the marginalized sections who were enslaved historically and denied dignified life. To decelerate this social justice progress, diluting the very concept of reservation, and to put in reverse direction the anti-forces of social justice are striving by taking up the economic criterion continuously.

The economic status of a person is not a permanent one but is subject to change.  Such criterion cannot be stipulated in reservation policy that is meant for the sections who were subjugated socially over many centuries.

The political leadership which assumed power to rule at the Centre and in the selected States took initiatives and issued circulars for the reservation solely on economic criterion in the past with deliberate misunderstanding.  When such government notifications were challenged in the court of law, it was decided in clear cut terms against the inclusion of economic criterion in the reservation policy.  The verdict was given by the NINE judge Constitutional Bench of the Supreme Court. Despite the explicit mention in the Constitution and the verdict of the apex judiciary, the anti-forces of social justice are trying again and again to bring reservation based on economic criterion.

The BJP led NDA rule brought Constitutional Amendments for the implementation of reservation policy for the section who are economically weaker. 10 per cent reservation for EWS section was introduced in order to push forward the sections who are already over represented when the socially and educationally backward people are not even getting their due share.

The same anti forces of social justice are keeping mum, since it is advantageous to them on the implementation of 10 per cent EWS even when the total reservation cap exceeds in certain states.

During the 72 years of independence the social justice has not been dispensed full, still many a marginalized sections remain either unrepresented or under represented.

The present BJP rulers who have scant regard for social justice are bringing measures fast for the implementation of 10 per cent reservation for EWS. In order to bring the 10 per cent reservation for EWS (practically forward castes)in the current academic year for the medical college admission they are liberal for the increase of 25 per cent of seats from the present admission strength.

In the normal course when increase in seats for medical college admission is sought, the Centre through the Medical Council of India (MCI) would visit the concerned medical college and ensure the availability of adequate infrastructure to suit the additional admission strength, sought for.

No such formalities have been observed in enhancing the 25 per cent increase in the medical admission for the purpose of implementing the reservation for EWS.  No specific stipulation from the side of Medical Council of India for increasing the seats.  When the question of weakening the social justice dispensation, the anti-forces of social justice would go to any extent.

It is noteworthy to learn from the past when reservation for OBC were made mandatory in the Central higher educational institutions like IIM, IIMS etc. through the 93rd Constitutional (Amendment) Act in 2006. When notification was issued by the Central government, the implementation of the total reservation of 27 per cent for OBCs was staggered for 3 years, to begin with 9 per cent in the first year and additional 9 per cent for the every successive years. When the staggered implementation was questioned, it was explained by the government that the infrastructure was not adequate in the institutions for the immediate implementation of 27 per cent reservation.

When the MCI issued notification for the enhancement of 25 percent of medical seats, almost all the States have conceded to it without knowing the detrimental effect it would cause to the overall reservation policy and the purpose behind it.

Only two States – Tamil Nadu and Karnataka have not accepted the offer of MCI and the deadline for the acceptance by the States is over.

Tamil Nadu is the cradle of social justice, showing the pioneering leadership  more in the social justice direction  including the exclusive enactment for the reservation policy for the first time in the whole of the country exceeding the cap of reservation of 50 per cent under the ideological command of Dravidar Kazhagam, founded by Periyar. The opposition party, DMK has openly commented that 10 per cent reservation for EWS is a slow poison to social justice. The Chief Minister of Tamil Nadu has announced in the floor of Legislative Assembly to act as per the consensus evolved by the convened meeting of all parties.  Hope Tamil Nadu would maintain its solidarity and distinct identity against any move that dilutes and distorts social justice!