Reservation for Other Backward Classes -No Impediment to Implement 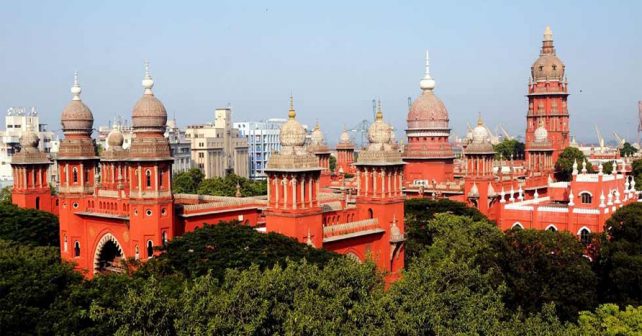 Dravidar Kazhagam President Dr. K. Veeramani released a thought provoking statement (published in ‘Viduthalai’, issue dated 28.07.2020), welcoming the High court’s ruling and demanding the implementation without any more delay, complying with the verdict. According to him the committee concerned need not wait for three months. This can be accomplished within a week if the Central government wishes. The content of Dr. K. Veeramani’s statement is in nutshell as follows:

The Appeal to the High Court on behalf of Dravidar Kazhagam

Reservation for OBCs had been denied ever since the All-India Quota was created for admissions to U.G. and P.G. Medical/Dental courses. This injustice continues to remain un rectified for a long period. While reservations for other categories like the Scheduled Castes (SCs) and the Scheduled Tribes (STs) are implemented as per rules and while economically weaker sections of the upper caste have also been provided reservation within the general category, refusing only to the OBCs their due right is social injustice and merciless discrimination.

The States in our country contribute 15 per cent of seats to the All-India Quota for U.G. courses such as M.B.B.S. and B.D.S., 50 per cent of seats are contributed for P.G. courses in medical and dental education. But the Medical Council of India which conducts NEET exam allotted not even one PG medical seat to the OBCs. This grievance of the OBCs has remained unredressed since the introduction of ‘All India Quota’ in 1984.

This injustice has been time and again exposed by Dravidar Kazhagam and its party organ ‘Viduthalai’ – the world’s first rationalist daily. There were frequent appeals and representations by our allied parties too. We have been strongly condemning the denial of legal rights to the backward classes. From the Periyar land of social justice, we have been pestering the BJP led government for extending reservation for the backward classes in medical admissions. The leaders of various parties have been extending their support to us expressing solidarity in our relentless fight. Dravidar Kazhagam has been the precursor in this protest. We filed a Writ of Mandamus at Madras High Court appealing for justice.

Dravidar Munnetra Kazhagam (DMK) took the initiative step and filed a suit at the Supreme Court itself. Following it, other political parties MDMK, Tamil Nadu Congress (TMC), Communist Party of India (CPI), PMK, AIADMK and Communist Party of Marxist (CPM) filed suits for the same cause of social justice. The State Government of Tamil Nadu also filed a writ petition in the court of law.

The Supreme Court rejected the suits and was about to formally dismiss them all. At that juncture, all the parties withdrew their appeals and approached Madras High Court as per the guideline of the Supreme Court. Senior lawyers as well as the principal advocates of the Government superbly argued on behalf of all the parties.

The advocates representing the Ministry of Health/Public Welfare and the Medical Council of India argued against the appeal and refused reservation for the OBCs, citing that the overall reservation would then exceed 50 per cent. They further argued that Supreme Court alone has the power to arrive at a decision in this issue. They also argued that since a backward class woman Dr. Saloni KumarI case is already pending, a decision over this dispute could be taken only after the enquiries and verdict related to that particular case.

Senior Advocate R. Wilson who argued on behalf of the DMK made it clear that a student’s case pending at the Supreme Court does not in any way prevent the Madras High Court from continuing hearing related to the case filed jointly by various political parties. When this impediment was cleared by his convincing argument this OBC Reservation case was admitted for enquiry. The first session of hearing was held by the Chief Justice of Madras High Court Esteemed Justice A.P. Sahi, accompanied by Justice Senthil Kumar Ramamoorthy. After long hours of hearing and enquiry it was resolved by them to avoid delay and announce the verdict on 27 July 2020.

A Verdict of Historical Significance

As announced in advance, the verdict spread over 171 pages was delivered by the Madras High Court. This judgment of the first bench headed by the Chief Justice pronounced on July 27, 2020 has become a verdict of historical importance, indeed.

As per the verdict all the counter arguments were declared null and void and invalid. It has stated that since the State Government is already legally entitled for 69 per cent reservation, the request for 50 per cent reservation for the OBCs cannot be ignored and set aside. The verdict also declared unacceptable the arguments of the Ministry of Health and the Medical Council, that the Supreme Court alone has the power to decide over issues related to reservations.

Citing several former cases settled in the past as references, the judges have declared that there is no impediment even as per our Constitution to grant reservation to the backward classes. This historic judgment has also clearly and firmly specified that reservation is “an undeniable right of the backward classes”. It also makes it clear that it is meaningless to argue that the ceiling of reservation should not exceed 50 per cent.

The Madras High Court has ordered the Constitution of an expert committee to finalise the terms of OBC reservation within three months. It implies that the OBC classes would be benefited only in the next academic year. This is an unwarranted procrastination. We urge the BJP led Government at the Centre to avoid prolonging the implementation. It should magnanimously come forward to grant the rights to the backward classes, as they have been assured already and granted by our Indian Constitution.

On the path of social justice, this verdict of historical significance could be called a milestone. It proves the integrity, competence unfathomable knowledge and humanism of the judges concerned. We wholeheartedly welcome the verdict and sincerely commend it. Chief Justice Amreshwar Pratap Sahi and Justice Senthil Kumar Ramamoorthy have highlighted the greatness of social justice through their legal point of view.

The Ball in the court of the Central Government

Using a pun, we can say that the Madras High Court has hurled the ball at the court of the Central government. We imply that it is now its duty to act fast.

The backward classes, the suppressed and the underprivileged people should again achieve social justice. Hence the BJP led government at the Centre should translate this verdict into action at the earliest possible date. Delay in justice is also an injustice, isn’t it?

The time of three months allowed by the High Court is merely a dead-line. It implies the maximum limit of time granted. Implementing before three months is not an offence. This should be borne in mind. The action of the Central Government must be such that it could glow as the sign of real democracy.

It has been ascertained once again that Tamil Nadu is the land of Periyar. Our ‘Periyar land’ functions as the lighthouse guiding entire India through the path of social justice. We were able to achieve our objective by the collective efforts and patronage of the leaders of the opposition party, the Government of Tamil Nadu, all other political parties and outfits. They joined in filing suits for the cause. We appreciate and thank them all sincerely.

We are also delighted to commend all the senior lawyers and eminent advocates who handled our cases superbly and argued on our behalf at the Madras High Court. Our final victory is not too far. But we are near the finishing point and have achieved our objective to this extent by the contribution of all these custodians of law. The flag of social justice would always fly high and flutter on the sky of humanity. We shall never allow anyone to lower this noble flag, even by an inch.

It is sure and certain that the light of social justice would spread far and wide and our voice for our rights would be heard loud and clear all over our nation.