Reservation for the Servile Classes 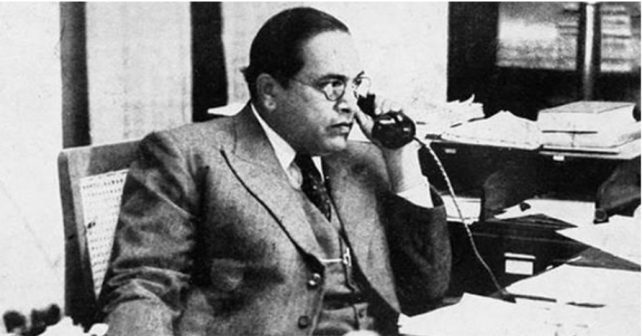 Some people hope that under Swaraj there will be a reform of tenancy laws, factory legislation, compulsory primary education, prohibition and construction of roads and canals, improvement of currency, regulation of weights and measures, dispensaries and introduction of other measures for the servile classes.  I am not quite sure that these hopes are well-founded. Most people forget that what leads the Congress to-day to mouth such a programme is the desire to show that the Congress is better than the British bureaucracy.  But once the bureaucracy is liquidated, will there be the same incentive to better the lot of the masses?  That is the question. Firstly, I entertain very grave doubts as to how far this will materialize.  Secondly, there is nothing very great in it.  In the world of to-day, no governing class can omit to undertake reforms, which are necessary to maintain society in a civilized state.  Apart from this, is social amelioration the be-all and end-all of Swaraj?  Knowing the servile classes as I do that is certainly not the fault of the servile classes.  They certainly do not intend to follow the teaching that ‘the meek shall eat and be satisfied.’  The want and poverty which has been their lot for centuries is nothing to them as compared to the insult and indignity which they have to bear as a result of the vicious social order.  Not bread but honour, is what they want.  That can happen only when the governing classes disappear and cease to have control over their destiny. The question for the servile classes is not whether this reform or that reform will be undertaken. The question is:  Will the governing classes in India having captured the machinery of the State, undertake a programme for the reform of the social order whereby the governing class will be liquidated, as distinguished from a programme of social amelioration?  The answer to this depends upon whether the future constitution of India will be with safeguards or without safeguards for the protection of the servile classes. If it will have safeguards it will be possible for the servile classes to liquidate the governing classes in course of time. If the constitution is without safeguards the governing class will continue to maintain its dominance over the servile classes.  This being the issue, the foreigner should note that the much-advertised representative character of the Congress is absolutely irrelevant. The Congress may be a representative body and the Congress may be the body which is engaged in what is called the Fight for Freedom; but these things have nothing to do with the decision of the issue. A true lover of democracy before he befriends the Congress will demand that it should produce its blue print of the constitution and be satisfied that its constitution does contain unequivocal and positive provisions for the safety, security for the life, liberty and the pursuit of happiness for the servile classes.