Reservation whether Would Extend To Prmotion? 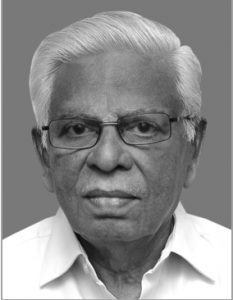 Reservation for scheduled caste and scheduled tribes had been in practice from the inception of the Constitution as a constitutional right, but the matter of such reservation in promotion was lacking in clarity and lack of uniformity in approach. There had been a representation on behalf of the scheduled caste and scheduled tribes, that they are often discriminated adversely in promotion not only by non-observance of the quota for recruitment, but even in deserving cases largely due to prejudice generally against the backward classes when the Departmental Promotion Committee does not have their representation. The Supreme Court in Indra Sawhney v. Union of India AIR 1993 SC 477 had unfortunately held that reservation is confined only to initial appointment in its judgement dated 16th November, 1992 in disregard of the persistent complaint that the right to promotion in normal course is often denied to backward classes.

In view of the increasing complaints, the matter was taken to the then Prime Minister Mr. Moraji Desai, who was impressed by the argument, that the persons in the backward classes do not often get promotion, even in normal course due to prejudice against them, so that the question of any privilege for them in the matter of promotion did not arise at all. In the context of gross under-representation of backward classes in the higher posts much less than at the initial stage, constitutional amendment by insertion of 4A in Article 16 was passed and became law. Statement of Objects and Reasons for the amendment pointed out, that the representation of the backward classes had not reached the required level after Indra Sawhney’s case (supra). The amendment itself reads as under:

The amendment, therefore, now empowers the Government to provide for reservation in promotion as well. Even this constitutional amendment did not lead to any significant change in the number of persons in backward classes in senior posts in view of the fact, that promotion is decided solely by a Committee which has no representation for backward class and such promotion is supposed to be based on merit rather than seniority resulting in discrimination on the subjective evaluation of the Committee against them.

It was this situation, when brought to the notice of the then Prime Minister Mr. Moraji Desai, led to the Instruction at his instance that the Departmental Promotion Committees in judging the fitness of a candidate for promotion, should upgrade the classification of authorities by one grade while judging the performance of backward class candidates for promotion.

Ordinarily an officer is graded as either “average”, “good”, “very good” or “outstanding”. The candidates with their performance rated outstanding become eligible for out of turn promotion among the number of candidates to be considered for the promotion. While those with very good get some preference in promotion, but the good have to await their turn with reference to seniority. Those with classification “average” may not be qualified at all, unless there are no other candidates with better grade.

I had an experience as a reporting officer, when I was an Assistant Commissioner on the performance of the Assessing Officers working under me. When an officer works under two bosses during the year, the two superiors to him may give their assessment in a joint annual report and in case of disagreement, separately. When an officer belonging to scheduled caste worked for two Assistant Commissioners of whom I was one, I sat with the other Assistant Commissioner for a common report, if possible. I was of the view that the officer deserve a classification “very good”, so that he may get his promotion in due course as he had a clean record also being senior-most officer in the range. But my colleague was not willing to give this grade, but wanted to give one grade less. When I pointed out to him, that he had an unblemished record certainly deserving promotion in his turn in the next Departmental Promotion Committee in view of his seniority, he pointed out to the instruction from the Government, that the grade for the Scheduled Caste Officer will be upgraded by the Departmental Promotion Committee, so that one grade less proposed by him will qualify him for the same grade, which I had suggested, so that both of us could adopt his suggestion to grade him as good. When I was convinced that the officer was very good, I could not concede to the request of my colleague to underrate him merely with reference to the prospect of upgrade, which is not a matter to be considered by the reporting officer, but only by the Departmental Promotion Committee. Since I could not agree with his suggestion, we sent separate reports apparently with different grading of the officer. Luckily he got his promotion shortly after in next Departmental Promotion Committee, possibly because of my strongly worded and descriptive report about the officer.

The above incident would indicate, that the prejudice against backward classes goes to the extent that even the beneficial instruction along with a constitutional amendment notwithstanding the direction of the then Prime Minister himself could be defeated by interpretation discounting the true classification because of the upgrade directed for the Departmental Promotion Committee. It shows, that there is patent prejudice exhibited in the assessment of the performance of their subordinate belonging to backward class by not judging fairly, so that whatever the constitutional right or the law that is brought out, backward classes still do not get their desserts.

The discussion about reservation often overlooks that the benefit of reservation as it stops with appointment, while there is not even equal opportunity for the backward class when it comes to the matter of promotion. This is a matter, which should concern all those in power, but the constitutional amendment and the instruction are continued to be neglected, so that it is necessary to ensure that in matters of promotion, the officers belonging to backward classes get their normal right to promotion, but are not underrated, so that in spite of the instruction of the Government to upgrade their performance, they still suffer because the reporting officers downgrade their performance and Departmental Promotion Committee in which there is no member to represent backward classes.

When the matter of reservation and appointment is discussed, the hardship caused to the backward classes in the matter of promotion does not get equal attention. This is a matter which deserves better attention than what it is receiving at present.