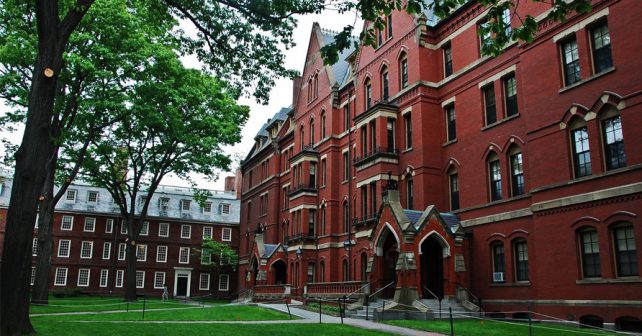 After reading of the article ‘Affirmative action at the cross roads’ by Ashwini Deshpande, in The Hindu (10th October 2019), some lateral ideas emerged about the forces for and against the affirmation action (USA) and the reservation system (India). It shall facilitate to counter the challenges on this compensatory justice, being dispensed to the socially discriminated people in the respective political territories, located on either side of the globe.

The reservation system was necessitated in India to compensate the discriminatory practices meted to the vast majority of tilling and toiling people in the name of caste system.  A lot of social disabilities, accumulated over many centuries, due to the malady of caste system. There was compulsion, but not fully realised by the socially suppressed as to the extent of the privileged oppressors.

The affirmative action arose for the cause of rendering equal justice to all the races more so to the African – Americans as prevailing in the Indian caste system religious dictum or sanction of god for such race based discriminatory practices in USA.

The prevailing situation in USA, reminds of the history of Social Justice in India in 1951.When the anti-forces of reservation policy went against the ‘Communal G.O.’, brought and implemented from the days of Justice Party rule in 1921 in the Madras Province of the then British India.

The arguments put forth by the dominant sect against the ‘Communal G.O.’ was that no discrimination could be enforced among the citizens of the country on the basis of ‘caste’, as per the provisions of the Indian Constitution. The arguments put forth by the pseudo aggrieved person, who was projected by the Brahminical hegemony, was held favourably by the High Court and upheld at the Supreme Court, resulting in the nonvalidity of Communal G.O., the birth right of the birth based discriminated people.

Dr. B.R. Ambedkar who was the chairman of the drafting committee of the Constituent Assembly, by the then Law minister of the country clarified the meaning and background of the provision viz. Article 29(2) of the Indian Constitution which was interpreted wrongly by the judge of the apex court of the country. Had the discrimination despite its compensatory nature was challenged based on the factor ‘caste’ then the argument of the challengers might be upheld. But the constitutional provisions says ‘no discrimination only on caste…..’ The reservation policy that was implemented did not reckon ‘only caste’ but other factors like social backwardness and illiteracy etc. among the discriminated sections. So the nullification of ‘Communal G.O.’ by the judge of the apex court was not proper. Dr. Ambedkar gave the explanation but could not mobilse the masses since he was holding the presiding position of Law Ministry. But Thanthai Periyar, who was a lifelong rebel ‘against the injustices’ detrimental to the equality of humans in the society mobilised the masses and the like minded political and social forces to revolt against the verdict of the Supreme Court that nullified the validity of ‘Communal G.O.’ – The entire Madras Province was behind Periyar on the lifeline issue of the discriminated and rights denied section. This compelled the Union Government to bring about the first amendment of the Constitution to make clear and sustain the reservation policy that enabled it to be applicable to the whole of India. Prior to the amendment, the Communal G.O. was applicable only to the Madras Province (presently Tamil Nadu).

The article has highlighted the needy but non challenged feature on social justice front on two different grounds. They are ‘Legacy admission’, that is in practice in affirmative action, implemented by Harvard University, USA and the ‘Management Quota’ of admissions in private higher educational institution in India. The privileged sections in both the countries who stake claim for the prevalence of ‘merit’ in the process, maintain ‘silence’ in sustenance over the issue which itself project their vested interest in their claim for ‘merit’, while dispensing compensatory justice. Besides, in the article, with the support of some empirical evidence, it is argued that compensatory justice rendered will not dilute the so called ‘merit’, in the admission process by saying, ‘a strong candidate cannot be defined only on the basis of test scores; non-academic aspects have to be considered. Harvard claims that they judge ‘excellence’ in a variety of forms, and include students with diverse experiences, backgrounds, skills and interest’. The same argument is equally applicable to the reservation policy in India.