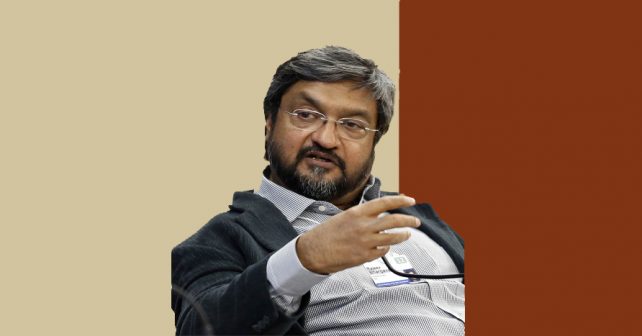 In the wake of COVID-19, Indians have made some progress towards inculcating a scientific temper

An unexpected outcome of COVID-19 is the growing awareness of how disease is transmitted and what might be done to prevent this. Virtually every TV channel has insisted on washing hands with soap or alcohol-based sanitizer, sneezing into the crook of one’s elbow or coughing into a handkerchief, besides keeping a safe distance from one another. These precautions presuppose an elementary understanding that COVID-19 spreads through the inhalation of droplets released by the infected person’s cough or sneeze and by contact with infected surfaces. The existence of bacteria and viruses that invade our bodies and cause the infection is also part of this presupposition. In short, this indicates a tacit acceptance of elements of the empirical-causal world view. It was heartening to see even babas and yogis concede that if symptoms include respiratory disorder and high fever, then contacting doctors trained in evidence-based medical systems is necessary. Baba Ramdev even admitted on TV that no evidence exists that by drinking cow urine, one could cure COVID-19, even though, he claimed, it could help in preventing it.

It does not follow from this that our society has imbibed this outlook on the world, for many astrologers were seen claiming that SARS-CoV-2 was caused by the conjunction of Rahu and Ketu. Some swamis are convinced that the cure lies in propitiating the virus by performing rituals, accompanied by a cocktail of cow urine, dung and ghee. Even so, it is heartening that when push comes to shove, many Indians might be more willing to rely on evidence-based reasoning than on ineffective, false speculations or brazen misinformation. When what is at stake is life itself, people choose whatever they find is effective. Should we not assume that they do so because at least some of them are convinced that performing rituals is unlikely to produce the desired outcome, but regular washing of hands might? That the Rahu-Ketu story is less plausible than the virus-infection story? This switch from speculative stories involving malignant spirits to stories involving non-subjective, material, observable entities occurs when people themselves experience what works and what does not.

Two generations or so earlier, curative pill-popping became part of the wider public culture. Although its misuse, dangers and excesses are well-documented, it can’t be denied that careful intake of pills, under expert supervision, and in correct dosage, can help cure infectious disease. With our rather enlightened response to COVID-19, we appear to have reached a similar stage in the public culture of disease prevention. Equally important is scrupulous data gathering. Indian TV channels continually gave figures on how many people are infected by SARS-CoV-2; the countries where the incidence of disease was high; what percentage was cured and what percentage died; of those who succumbed, how many already suffered from other fatal ailments; and whether or not a correlation exists between age, propensity to infection and fatality. There is greater public awareness about the role of data in disease management and prevention. These are small steps towards the wider acceptance of evidence-based reasoning, a tiny victory for the empirical-causal explanatory story of the world. Since these are crucial ingredients of the scientific outlook, one can even say that we have made some progress towards inculcating a scientific temper.

Observing, classifying, recognising patterns of regularity, and identifying causes are all integral features of science. Yet, not all of us do science. Nor do we need to. What has become increasingly vital for our survival today is that everyone grasps the broad features and uses of science, that we imbibe scientific temper. Science is important because science works; scientific temper, because in its absence, the benefits of science won’t reach everyone.

The role of science in life

Bringing a rather outdated term ‘scientific temper’ back into circulation might raise some hackles, however. How can modern science be valourised after an awareness of the devastation it has caused? Nuclear destruction, industrial pollution, climate change and a technologically induced sedentary lifestyle are all undeniable facts. But science continues to play a limited but critical role in human life. In one sense, it always has. This is to do with our inescapable interaction with the natural world and our need to harness its powers. Pre-language science in which knowledge embodied in skills, neither consciously nor symbolically available but generated in practical interaction with the world, has been around for two million years. And scientifically oriented stories, with an explicit, language-dependent understanding of nature, developed some 40,000-50,000 years ago when, to explain, predict and control nature, we began telling each other how and why things happen. An idea then took hold that performing a particular ritual to appease spirits delivers us from disease and death and could provide all the goods we need (magic, astrology, shamanism.) Our pre-modern stories attempted many things, including to explain, predict and control. Modern science is a radically improved version of this limited aspect of earlier stories. Besides, it has originated from and built upon them. Scientists readily acknowledge that myths, legends and stories continue to be the source of current scientific insights. In this sense, a science independent of myth and religion is woefully inadequate for living. The other big limitation of modern science is that it plays virtually no role in mutual or inter-cultural understanding or in our indispensable ethical projects of self-exploration, self-understanding or self-realisation. That role in providing collective and individual self-knowledge and ethical guidance is played by the humanities, interpretative social science and religions.

With these qualifications, we must readily acknowledge that scientific temper is useful in certain contexts and necessary for specific purposes. If so, what are the other preconditions for building it? First, a disposition to not accept any opinion or claim at face value, or to reject in haste anything that conflicts with one’s own settled views. For instance, to not immediately accept when told that eating a clove of garlic will reduce high BP, or that the rate of economic growth in India is 7 per  cent. A healthy scepticism towards these figures is crucial. Moreover, no claim or data can be accepted merely because it is supplied by those in majority, political power, or religious authority. Evidence-based claims are the enemy of prejudice and dogma. Second, good science recognises that truth is always elusive, that all human endeavour, including scientific enquiry, is imperfect, corrigible, in constant need of critical scrutiny and revision. Third, in principle, science is anti-authoritarian. No matter how hierarchical in practice scientific institutions are, or how powerful its leaders, the fact remains that if a research assistant comes up with a result that challenges established scientific claims, then it must be addressed, examined and if confirmed, displace the view held by established authority. So, if scientific temper is important, what kind of public culture is needed to advance it? Who must be responsible to take it forward? And how can we nudge people into evidence-based reasoning not from self-interest alone but from commitment to the common good?