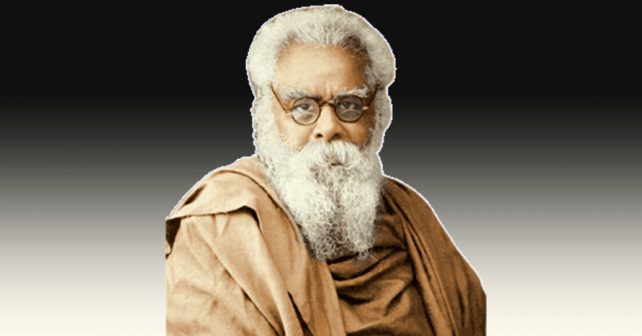 In the issue of ‘Kudi Arasu’ dated 19th February 1949, the editorial penned by Thanthai Periyar made it crystal clear that rights and responsibilities are inseparable. Unless a man is made aware of his rights, one cannot expect him to realise his responsibilities. The content of the editorial is as follows:

Starvation and scarcity have spread almost everywhere in India today. Following this crisis, dishonesty and disrepute have also increased in our society. After rejoicing over the grant of independence, people have started planning smartly how to deceive one another and how to exploit others by disguising. Our people are now ready to execute any nefarious task without qualm. Such people dare stoop to any level in order to disregard law. Social order and dignified conduct are being totally neglected.

The rotten interior and stinking corruption inside our society recently have made an impact outside, in the form of widespread crimes such as murders and heists almost everywhere in Tamil Nadu.

This is a matter of grave concern for every Dravidian. We hear about novel devices of robberies and different types of murders. We have been actually enjoying our own ignorance in this country. We take pride in our idiocy rather than getting rid of it. It is said that the lifting of ban on liquor has brought down the number of murders in cities. But ironically the cases of suicide have been rapidly increasing as per the reports we get every day.

They say that our nation was enslaved before 15th of August, 1947. The incidents of robberies during that period were less, compared to their alarming rise today. Poverty and the temptation to survive at any cost made people in the past indulge in criminal activities, either without any accomplice or with hands and glove. Evidence for most of the thefts were found out those days and the culprits were all nabbed by the police. But now a days criminal cases are mostly unsolved and there is an alarming rise in crime-rate. This makes us feel that a huge gang of outlaws is operating as a racket of goons. Behind every organized crime, perhaps a group functions collectively with unity and criminal loyalty.

If the government comes out with a comparative analysis of pre-independence crimes and post-independence crimes in the country, with year-wise particulars of all the thefts and murders, the revelations would really be shocking. If this annoying condition in society does not change and if no measure is chalked out for a change, a day would soon come when a man would be looked down upon with contempt and ridicule if he has not stolen anything or killed anyone. Our society would be forced gradually to exist in such a deplorable condition if we do not wake up now.

A trader who stays away from black marketing today can never become prosperous. An advocate who is truthful and conscientious would not even be respected today as an advocate. A Congressman who avoids bribery, unfair tactics for license and recommendations would not be admired as a Congress warrior or martyr. Similarly, with the passing of time, a virtuous man would be mocked at as a hair brained idiot. It would not be a matter of surprise if noble men are ridiculed as stupid nuts. Erosion of culture may be treated as a great virtue.

How to reform this rotten society and pave the way for the advancement of our people? This is the burning problem today. We are seriously worried over this issue and we have been pestering the rulers to wake up and act fast but they continue to be insensitive and inactive. They expect people to correct themselves on their own without any remedial measures by the political leaders and administrators. Most of the eminent Congress leaders ask us why people shun their responsibilities when they are very well aware of their rights. But we do not hesitate to disagree with them, because we do not find true sense of rights reflected among our people.

If these big people find lack of responsibility in our people, we would like to ask the rulers what steps they have taken so far to enable people realise their responsibilities. When we are all actually losing our rights, how funny it is on their part to say that people have a strong sense of their assured rights!

People are actually sad because of denial of rights but the rulers and political leaders have not understood their grief at all.

These big people keep yelling that people are not evil – individuals are evil. Why don’t they honestly admit that as custodians of society, it is their failure? If the leaders behave in a topsy-turvy manner and an utterly disgraceful way, how are they going to lead our society? It is high time the rulers stopped blaming it on the common public. Remedial measures and corrective steps have to be chalked out if they realise atleast now that it is our own contemptible conduct which is echoed all over our society. We are all a part of this society. Hence if we reform ourselves, we can find the entire society reformed, can’t we?

Responsibility in fact blossoms from one’s rights. If the rights are all safe, there is no need to search for responsibility. Those who murmur that people are aware of their rights, but are yet irresponsible, do not seem to have understood in the first place what “sense of right” really means.  It is also likely that they intentionally distort the truth to pull wool over our eyes. But the intention is puzzling.

Rights and responsibilities are not only inseparably linked, they have also blended and become one as a mixture. All of us usually find the co-existence of both. One does not exist without the other. As members of this society we should realize that every act of ours would affect the society. If we fail to realize this and shoulder our responsibilities, it would only mean that we do not regard the society as our society and the country as our country. It would imply that we do not claim our rights since we do not own them. If we are the proud owners of this society and this nation, we would demand our rights naturally and from those rights our responsibilities would also inevitably crop up. But what is it that our rulers, backed by the Congress, have done so far to make our people really happy about their sense of rights? What achievement shall we expect from them?

Every labourer must be able to enjoy the fruits of his labour. He must not exist as a mobile corpse. But this continues to be an unfulfilled desire for our labourers. If his rights are seized, how could a labourer have a sense of responsibility?

If the grant of rights to the common man is under the control of a chosen few, how are we to expect sense of responsibility in the common man? It is the denial of his rights which causes his irresponsibility. This is the unpalatable truth.

Just as walls are constructed to shield a house, our country needs a line of control to ensure that its wealth and resources are utiliZed exclusively within the country itself. No man should be denied livelihood in his own country. He must be allowed to exist and survive on his own native land, without giving up his roots.

In language, arts, culture and civilization all the rights should be owned by the people. This must be implemented in practice by our rulers and leaders. People who toil restlessly should live with all comforts. There should be absolute equality without any disparity or discrimination. To make every common man confident of his identity is the prime duty of our rulers and leaders. This is what our Dravidar Kazhagam strives for today. Only such a true sense of rights can mould our people as noble citizens. Unless this happens, social order and communal harmony would not emerge. Impeccable conduct of people and their responsible acts depend on their sense of rights.