Role of Education in developing the scientific temper 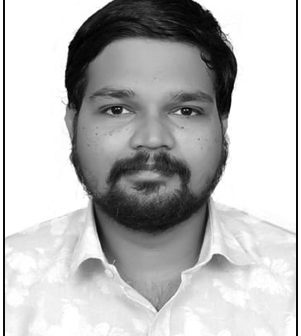 Article 51-A(h) in Indian Constitution define one of the fundamental duties as to develop the scientific temper, humanism and the spirit of inquiry and reform.
People learn lot of things from their surroundings, school and colleges and other educational institutions. People learn from their education and education develop their responsibilities as a human to promote humanism; that is eternal, above all the things neither their religion taught to do nor their culture taught to do. Asking Questions is the most important factor to develop the scientific temper and it is attained only through education. Asking Questions in the teaching learning process is the most important thing to develop the spirit of inquiry and it leads many to make a reform in India.
Scientific Temper
(1)”The term ‘Scientific Temper’ was coined by India’s first Prime Minister Jawaharlal Nehru in his book ‘The Discovery of India’. Nehru Believed that scientific temper would play a crucial role in nation’s socio-economic development.
Scientific Temper refers to an attitude of logical, rational and scientific thinking. An Individual is considered to have a scientific temper if he employs a scientific method of decision making in everyday life. This involves repeatedly observing and verifying a fact before forming a hypothesis.
Scientific Temperament is important for:
l Bringing forth a progressive society that is free of superstitions and irrational practices
l Developing the nation in all spheres (political, economic and social)
l Promoting Tolerance among people for different ideas and thoughts”(1)
Developing Scientific temper among people and students is most important because when people think logically they question more about the religious view and cultural view. It leads to the ultimate aim of following humanism above all. Through education only teachers are able to promote scientific temper among students it leads to the development of scientific temper for future generation.
Humanism
Humanism is the ultimate goal every humans should attain for that they need to come out their theism beliefs and religious and cultural beliefs. Education should conclude this to make a better living for people.
Spirit of Inquiry
“Though things diverse from diverse
sages’ lips we learn,
This wisdom’s in each the true thing to
discern”
– Thirukkural 423
The act of asking questions or seeking information develops the spirit of inquiry. Asking questions about all the thing they learn leads to gain better knowledge. Every Student should develop the spirit of inquiry and every teacher should encourage it. It leads the people to question against the wrong things happen to people in the name of religious beliefs and caste system.Developing the Spirit of enquiry leads to the reform in the society.
Reform
Reform consists of changes and improvements in law, social system or institution. A mind with Scientific Temper, following humanism and promoting spirit of inquiry only do reforms and facilitate one to become a leader.Education System should make every student to think in this process.
Education
The true purpose of education is to replace an empty mind with an open one .An open mind following humanism above all and that is the ultimate aim of education. Education is the only tool to develop the scientific temper, humanism,the spirit of inquiry, reform and it all happens in the teaching learning process. Teacher should encourage a student to havescientific temper,humanism,the spirit of inquiry and reform. Students should develop these from their school and college and it will give courage to the student to fight against the wrong things happened to the people in the name of religion, caste and other beliefs and the student will follow and promote humanism .This will make a bright future for future generation people.
Development of Education
“It is not temples that we need today, but schools. Knowledge can bring about many miracles. Therefore we do need today, schools that will be the basis for imparting knowledge. It is essential that education in our country should have two cardinal aims. Firstly, education should foster rationality and feelings of self-respect. Secondly it should be conducive to lead a better life through a job or trade.
– Thanthai Periyar
Current Challenges
People having religious thoughts everywhere and their thoughts and surrounding are filled with aspects of religions. When a child grow in this surroundings their mind becomes full of religious thoughts and superstition beliefs. Children with this thoughts enter into the school they lose the capacity to think scientifically because they believe everything is created by god. When children come out of their caste and religious identities they would know humanism but the theism concept put the children to think partiality using caste and religion. Most schools conduct a prayer to praise their god and after that they conduct science class the children got confused more .Educational Institutions should promote humanism, scientific temper and spirit of inquiry. This only leads to a good living for people in the country.In some of the foreign countries children don’t follow any religious beliefs up to their teenage after that they have the right to decide their belief on their own .This is a good approach and it won’t affect the mind of students in early age.
Every citizen of India should follow the Article 51-A(h) and other fundamental duties .The spirit of Article 51-A (h) lies in the hands of students and teachers in the learning process. Students aware of 51-A(h) are able to demonstrate it to their relatives and neighborhoods changes will happen and people will live a good life in the country. In each standard school book front page should be filled with article 51-A(h) and other fundamental duties and it will create awareness and change in the lives of students and public .Volunteer groups, social reform movements and political parties should create awareness about this.

Tags: Role of Education in developing the scientific temper