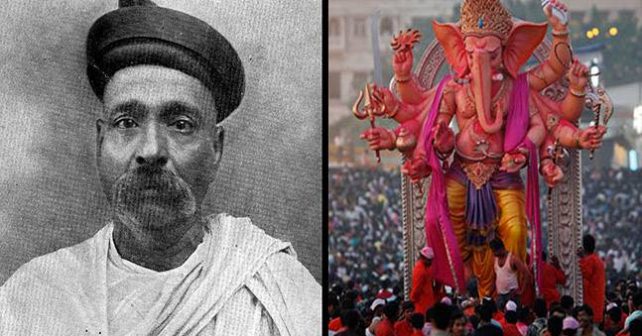 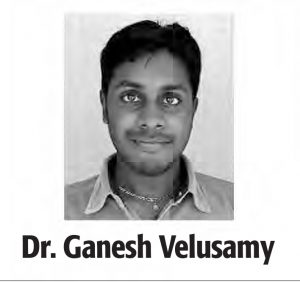 Till then, it was always celebrated as a simple, private affair by the believers.

The Background
Mahatma Jotirao Phule’s initiatives mainly, Satyashodak Samaj and it’s Samiti Jalse which were fighting Brahminical hegemony and spreading awareness about the dominance and tyranny of the Brahmins against all others, especially the Dalits and Sudras was gaining massive popularity. Phule was scathing in his criticism of Brahminism and the masses were being educated about the horrible Brahmin-Bania cartel. Phule’s movement espoused a mission of education and increased social rights and political access for underprivileged groups, focused especially on women, Shudras, and Dalits, in Maharashtra. 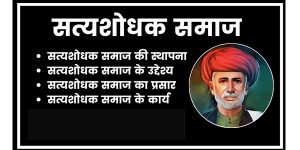 The Samaj was not atheistic, and it rested on spiritual base. The Satyashodhak movement espoused a framework that could be called religious. It emphasized the equality inherent in all men, as bestowed upon them by a divine creator. It maintained faith in one god, rejected any kind of intermediary between god and man (referring here to the necessity of brahman priests in religious rituals), and rejected the caste system.
The Samaj mainly developed arguments against Brahmin social and political superiority.
Phule claimed that Brahmins were Aryan invaders who came from Iran, invaded India, conquered and slaughtered the Kshatriya forefathers of the Shudras, enslaved the remaining population, and then used scripture, law, and custom to conceal their crimes. The Samaj argued that Brahmin dominance was not an inherent trait; rather, the varnas were manufactured by the Brahmins in a strategic move meant to establish and protect Brahmin social standing.

They espoused that since the origins of this evil system was artificial and not natural or divine, the silently suffering low caste communities have the right to contest it at the time. The Samaj insisted that, in order to reclaim their social standing, low caste groups should oppose Brahmin priests as middleman between men and god in all religious rituals and ceremonies.

The Samaj also advocated for social changes that went against Brahminic traditions, including less expensive weddings, inter-caste marriages, the end of child marriage, and the right of the widows to marry.

The Samaj’s original commitment to education and charitable activities was combined with the espousal of this anti-Brahmin rhetoric as the organization spread across Maharashtra. The organization attracted individuals of all castes, religions, and professions, including progressive Brahmins, Muslims, lawyers, merchants, peasants, land-owners, agricultural laborers, enlightened Rajputs, untouchables, and government officials.

Phule thought that the Samaj could uplift disadvantaged communities through collective action and organized movement, and the first step to doing so was educating low caste individuals about the misdeeds of the Brahmins. In order to spread their ideas more effectively, the Samaj published Deenabandhu newspaper from 1877 to 1897.
In addition, the Samaj emphasized the special importance of English education because it played a vital role in building occupational skills and served as the basis for the intellectual emancipation of disadvantaged groups. Phule also believed that an English education might open opportunities for employment with the British Government. The Samaj’s view of the colonial government went against so-called “nationalist” groups at the time. They cultivated relations with British officials in order to seek benefits for low caste groups and saw the British government, due to their caste impartiality, as the most likely power to offer low caste groups fair treatment. In fact, when Phule was criticized by Brahmans about his unwillingness to fight for national liberation, he responded that Shudras should expand their scope of freedom by directing their complaints to a benevolent, if misguided, British government.

It’s main field of operation was Pune, the headquarters of Chitpavan Brahmins and their boss Balgangadhar Tilak.

This is the background, when Casteist Tilak felt uneasy and wanted to prevent the masses from getting awakened and enlightened.

So, as usual, Religion Came to his Rescue!
The British rulers wanted to prevent the unnecessary deaths of the people due to plague. They decided to exterminate the rats that were the vehicles that spread plague. Tilak immediately pounced upon the opportunity to ignite a spark of Communal irrationality by blaming the British as being against the Hindu religion and the religious beliefs of millions who considered rats as the vehicle of Ganesh.

Two hits with one strike! Kindle the (quite literally) deadly combination of religion and nationalism (which is just another religion anyway). He was able to mobilise the masses to gather in public for grand celebrations of what was essentially a simple, austere private affair by the believers at the homes. He made them assemble, brainwashed the minds and made them zombies ready to dance to his tunes by fueling the embers of bigotry, xenophobia, mindless discipline & credulity in every society!