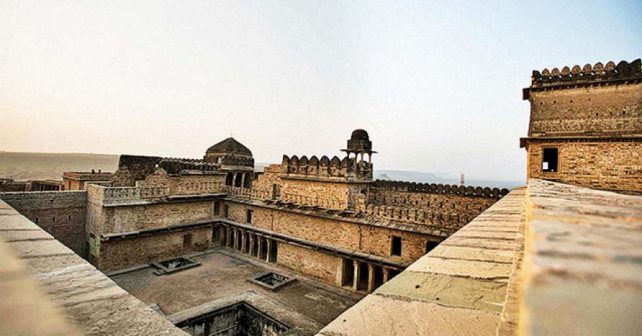 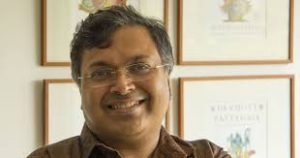 Today historians have no power before politicians, who are not so much invested in truth as in legend

Rajputs appear in history roughly 1,200 years ago in regions now known as Rajasthan, Delhi, Haryana, the Western Gangetic plains and Bundelkhand. For generations they have skilfully used bards, ballads and epic poetry to turn defeats at the northern frontiers of India into moral victories. Raputs lost to Ghazni about 1,000 years ago, to Ghuri about 800 years ago, to Khilji about 700 years ago, to Babur and Akbar about 600 years ago. Yet we remember not their defeat, but their courage; pride; and the images of warriors voluntarily offering their heads to the goddess of war, of their brides burning themselves in pyre rather than surrendering to the enemy, of their loyal horses.

Legends about courage composed by poets, centuries after the events took place, must be textbook material, we are told, not facts about defeat collated by historians. Shouldn’t textbooks be instruments to raise the next generation of patriots, like hagiographies of saints are used to bind sampradayas? Historians disagree, but they have no power before politicians, who need to bind people with a single narrative, and so are not so much invested in truth as in legend (inspiring memories, indifferent to facts) and myth (cultural truth that gives meaning to the world and life, indifferent to facts).

Historians disagree, but they have no power before politicians, who need to bind people with a single narrative, and so are not so much invested in truth as in legend (inspiring memories, indifferent to facts) and myth (cultural truth that gives meaning to the world and life, indifferent to facts).

Controlling the discourse of a people

History as a subject based on scientific principles of measurement and evidence is barely 150 years old. In a short span it has become a serious force among people who wish to control the discourse of a people. At first, this was the priest with his access to transcendental, mystical and occult realms; then it was the king with his access to military, and later democratic, power; then the merchant, the entrepreneur, and the technocrat with control over economic power; and then the peasant and the worker, who had the numbers to replace regimes. Now it is the scientist — the historian, the economist, the sociologist, the anthropologist — who uses measurement to present truths that are objective and ontological (independent of the human mind) rather than epistemic (shaped by the human mind). Naturally, priests, politicians and technocrats hate scientists; they yearn for the poets of yore.

A history of language reveals how meanings shift over time. The word ‘myth’ in the 19th century referred to falsehood of polytheism, paganism, and idolatry, as opposed to the ‘truth’ of monotheism. But today it refers to the cultural truth of a people. The Sanskrit word ‘nyaya’, which 2,000 years ago meant epistemology, refers today to justice in Hindi. And ‘itihasa’, which in Hindi today refers to history, meant narratives like the Ramayana and Mahabharata where the authors — Valmiki and Vyasa — are part of the story and hence can confidently say, ‘thus indeed it happened’ or ‘itihasa’, as opposed to ‘purana’ which are old chronicled narratives of gods, kings and sages that authors did not witness but heard from others.

But this meaning is lost to those who prefer myths, legend and sacred lore to scientific historiography. For them, Ramayana is history as is Prithviraj Raso that tells the story of Prithviraj Chauhan, who, while defeated by Mahmood Ghori in battlefield and blinded in prison, still managed to kill his captor using his extraordinary archery skills. It does not matter that Prithviraj Raso was composed 400 years after the event. Or that we know this story because James Tod, a captain in the East India Company, collated the stories that Rajput kings wanted to tell about themselves, and presented it as a book, Annals and Antiquities of Rajasthan, highly criticised even in the 19th century, that practically ‘invented’ the Rajput we know today.

Today anything that does not correlate to Prithviraj Raso is seen as falsehood. Any argument might get the Karni Sena, which became infamous during the Padmavat controversy, at your doorstep. No textbook informs us how there are many conflicting stories about Prithviraj Chauhan not just in the Islamic-Persian narratives, which is understandable, but also in other Rajput and Jain legends. For example, how many of us know about Bela, his daughter, who wanted to marry Brahma, prince of Mahoba, who Prithviraj Chauhan did not approve of? The story comes from the great epic Alha, popular even today in Bundelkhand, where Jayachand is the king of Kannauj, and hardly the ‘traitor’ that Hindutva history insists he is. Alha speaks of how Rajputs fought amongst each other, how caste played a major role, overshadowing merit. It does not paint a flattering picture of Prithviraj Chauhan, as father or leader, and perhaps explains how Rajput infighting made India vulnerable to foreign invasion. But historians and poets who say such things will be silenced. For a king now decides what our past should be.