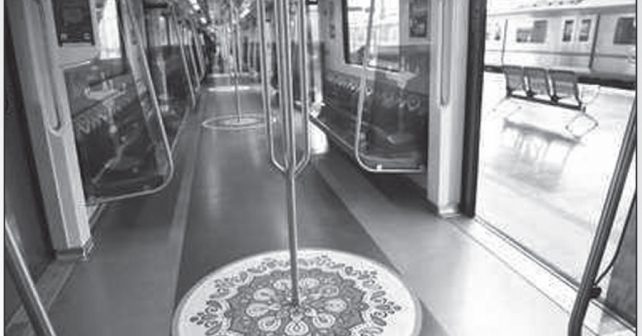 The Union of India has nothing as ‘State Religion’. On the contrary there is explicit mentioning of ‘Secular’ in the preamble of the Indian Constitution and specific role of the State for ‘Secular activity’ associated with religious practices. But the Government interprets instead of the actual the meaning for the word ‘Secular’ (non religious as per English Lexicon) to equal treatment to all religions. Equal treatment to all religions by the State is impossible. The human society progresses day by day through the application of advances in science and technology which are founded on the fundamentals of ‘proof’ with sound ‘reasoning’. When the society progresses on these lines and the religious practices get strengthened, a state of chaos and clash will creep in sooner or later.

Blind faith in religion, if gets strengthened, will definitely result in disharmony in the society. History has witnessed many wars based on keeping the identity of religion and the exertion of dominance by one over the other. The present governments both at the Centre and the States are facilitating, encouraging and patronising religious activities practised in the form of festivals. It will lead only to such a situation of societal clash, the plumule outcome of which is already visible in public through the litigations taken up by the believers of different religions in the court of law. If the origin of religious festivals is traced in the ‘acclaimed’ scriptures, it will be clearly evident in the racial clash that took place even prior to the pre historical periods. The claimers of such racial heritage are the subjects of counting today as its citizens. For instance, Dusserah festival is glorified as the victory of Aryan race over the Dravidian. Ramlila is celebrated by the religious sect who considers it as the symbol of their glorification of victory of Rama over Ravana. Still the successors of Ravana form part of the citizenry of the country. The President and Prime Minister of the secular government do pay visit and associate themselves with the celebration of Ramlila that hurts the sentiments of the citizens who have ancestry of Ravana and they feel hurt at the time of the celebration. Can people’s representatives of secular democratic government attend such celebrations that divide the citizens, causing a feel of alienation?

Similarly the festival, Deepavali celebrated as the victory of Krishna over Naragasura is one more depiction of racial fight, narrated in ‘Mahabharata’. All the wars found in the religious scriptures are nothing but Aryan – Dravidian clash and they have been authenticated by the first Prime Minister of the country, Jawaharlal Nehru.

Religious freedom is wrongly encouraged by the government which is anti thesis of secular state. The duty of the secular government is to monitor the religious activities and put them under check so that it could not transform to the level of inter religious clash.

The secular Government encourages the celebration of the Deepavali by making announcement of certain working days of government offices as holiday, of course with later compensation. Will similar adjustment be announced in respect of festivals of rest of the religions? Besides, in Metro Railways that has been established with the financial sharing of the Centre and the State governments colourful decorations are made in the passenger travelling compartments with Deepavali greetings. Will the governments do the same for every festival of all the religions in which the country’s people have belief? What sort of compensatory treatment, the secular government would offer to non believers? Let the Government keep distance from the activities of any religion. The true spirit of secular government must be imbibed by the State by upholding the principle of ‘non religiousness’ with the minimum restraint of not associating with the celebration of religious festivals and abstaining from any move that encourages them.