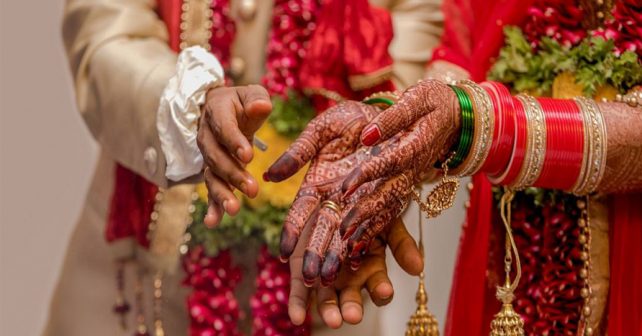 Dr. B.R. Ambedkar while he was the law minister of the country started the law enacting process, to minimize the religious influence. But Dr. Ambedkar had to resign from the cabinet owing to the pressure and non cooperation exerted by the religious fanatic forces to his progressive move. However, the Special Marriage Act was enacted in 1954 as the effect of the progressive move already commenced, wherein the prospective couple with difference in religious identities can perform their marriage keeping their respective religious identities as such, devoid of any religious conversion.

But many of the couples who have chosen their life partner are not bold enough, informed enough or secular enough to marry as per the provisions of the Special Marriage Act. They consider the homogenous identity of religion is a must for marriage. To such an extent that they are mentally prepared to give up the religious identity mutually and they facilitate for the conversion of religion. To that much extent the religious belief remains insignificant for the person who opts for religious conversion, but they are not prepared to lose the religious identity completely.

In a few States by taking serious note of the only religious conversion from Hinduism to Islam among the marrying pairs, severe punishment inflicting laws are being considered. For the immediate implementation, the rulers in Uttar Pradesh have taken the route of ‘ordinance promulgation’. States like Himachal Pradesh, Madhya Pradesh, Haryana, Uttarakhand and Karnataka are fast on move of bringing the Bill in the line of Uttar Pradesh.

Religious freedom is the fundamental right ensured by the Constitution. Every citizen has the right to choose any religion of their choice on their own need, attaching less significance to the already possessed religious identity.

In 1977, the Supreme Court had decided the religious conversion as a tenet of religious freedom, validating the legislation of Odisha government in Stanislaus’s case. In 2017, the apex court had pronounced the right of privacy as a fundamental right of the citizens. In 2018, the Supreme Court in Sabin Jahan – Hathia case had stated that the court cannot interfere into the privacy right of individuals and validated the marriage, performed after religious conversion.

Every move of the saffron rulers is aimed towards the accomplishment of one nation, one religion, one language agenda of its parental outfit, the R.S.S. Under the guise of amendment to Freedom of Religion Act, the saffron rulers are trying to intensify ‘Hindutva’ agenda.

Secular marriage is the remedy for the social harmony!