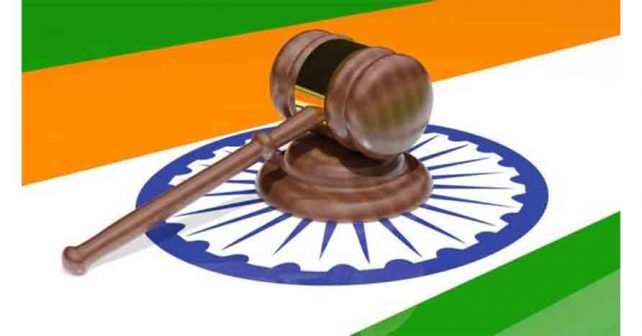 75 years have passed since India attained independence from the British. It was the transfer of ruling power from the British. Certain laws of the British that might have suited the colonial rule have been either removed or changed with due amendments after independence. The necessity of such removal continues. One such needed removal is sedition law.

The British rulers wanted to suppress the agitation for freedom. A threat to the colonial ruler from the subjects might have been inevitable from their point of view. The necessity of continuance of old sedition laws (Sec. 124A of IPC) which were imposed by the British is an incongruity!

Section 124A of Indian Penal Code, framed in 1833, for the first time pronounced the criminality associated with seditious activities which was naturally against the British rule. In 1857, an exclusive enactment was formulated to penalize the activities of sedition. When the freedom struggle started under the Congress leadership as non-cooperation movement in 1929, M.K. Gandhi was arrested for sedition under

Sec. 124A. The target of attack by Gandhi who was called a great fighter for ‘Swaraj’ and ‘the father of the nation’, was the British rule. Now India is a Democratic Republic. The rationale of sedition to continue is questionable. It is appropriate that the Supreme Court of India has taken up it.

After independence, many a times, ‘sedition’ as a crime was challenged in the Constitution courts and deep deliberations and arguments took place. A few verdicts were pronounced by the courts, based on which the crime of ‘sedition’ still continues. Those pronouncements by the courts are not for sedition absolutely but with certain assumptions and on prevailing conditions. Those conditions have to be discussed again and again so that sedition laws get scrapped to make the country more meaningful democratically. Sedition is a crime against the State. The State is different from the ruling party of government. In democratic country, any ruling party is subject to criticism by the citizens.

The penal provision of ‘sedition’ is misused by the ruling party of the government, that is intolerant of criticism under free speech, as if the critism is against the State. This is not a healthy trend for a democratic republic like India.

Sec. 124A defines in addition to prevalence of the crime other components, with attempting to excite disaffection towards ‘the Government established by law’. Earlier it was towards ‘Her majesty’ which was omitted by the Adaption order 1950. Mere replacement of the words suitable to independent India cannot restrict the exercise of the fundamental right of free speech, as ensured by the Indian Constitution, the governing code of the country. The word ‘disaffection’ is very vague which can be misused by any government to their convenience and advantage. Disaffection creating features are prevailing in the society. Many a times, the authority of law and order at field level tends to follow the literal IPC definition and frame charges on sedition. The innocent accused who has not thought about the sedition at all has to suffer a lot to disprove himself/herself from the clutches of the crime.

In case the ‘sedition laws’ are repealed or abolished, and in case of any eventuality of danger to the security of the State / Government by an individual or a group, there are suitable laws to frame charge and proceed against them.

In support of such arguments, it would be pertinent to point out the observations made by the present Chief Justice of India on the continuance of the sedition laws thus:

“the ‘colonial law’ of sedition suppresses freedom and is prone to misuse”.

“The use of sedition is like giving a saw to the carpenter to cut a piece of wood and he uses it to cut the entire forest itself,”

The purpose of this colonial imposition can be well decided on the fact that in Great Britain, the sedition law has been abolished. The provision of sedition laws is irrelevant to independent India. In a democracy, Government must tolerate criticism from the citizens to proceed constructively. The Union government must discard the provision, which is more and more abused and misused!