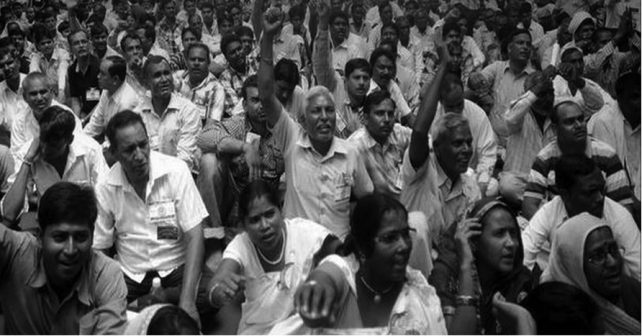 The apex court’s decision to extend the concept of creamy layer to S.Cs and S.Ts in promotions could reverse several years of gains in social uplift.

The obsession with social stratification and the inability to let go of feudal hierarchies had led to the creation of the concept of “creamy layer”, under the garb of social justice.

The creamy layer argument is as problematic now as it was during the time of the implementation of the Mandal Commission report, which recommended reservation for Other Backward Classes (OBCs) in education and government employment. Introduced into legal parlance by anti-reservationists in the 1970s, the term first came into prominence in 1992 in Indira Sawhney vs Union of India, or the Mandal case as it is known; subsequently, the Supreme Court defined the creamy layer on the basis of 11 criteria.

There is no constitutional sanction for the term creamy layer. The Mandal judgment had stated unequivocally that creamy layer did not apply to Scheduled Castes (S.Cs) and Scheduled Tribes (S.Ts). It also said that Article 16(4) did not permit reservation in promotions.

On September 26, a five-judge Constitution Bench of the Supreme Court comprising Chief Justice of India (CJI) Dipak Misra and Justices Rohinton Nariman, Kurien Joseph, S.K. Kaul and Indu Malhotra delivered a significant judgment on this issue. While upholding the validity of Articles 16(4A) and 16(4B) of the Constitution, allowing reservation for promotions for S.Cs (15 per cent) and S.Ts (3 per cent) in government jobs with consequential seniority, the bench introduced exceptions that dilute the very same provisions.

The concept of creamy layer, which was earlier applicable only to OBCs, was extended to S.Cs and S.Ts. Furthermore, the order left it to the States to decide whether they wanted to implement the reservation or not, thereby making it open to the States’ interpretation and discretion.

The States are not uniform in their willingness to allow pro-S.C./S.T. legislation, and how forthcoming they will be in implementing the order is a key question.

In Uttar Pradesh, for instance, the Bahujan Samajwadi Party government under Mayawati had implemented reservation in promotions. But the moment the Samajwadi Party took over, the S.C. and S.T. employees who had benefited from the order were demoted to their original posts (following an Allahabad High Court order that struck down the earlier order). On July 23, the Bihar government passed a notification to provide reservation for S.Cs and S.Ts in promotions. The Karnataka government has been dragging its feet over restoring the promotions of close to 4,000 S.C. and S.T. employees and stalling the deemed promotions of 5,000 more.

Meanwhile, the Supreme Court bench also held that the 2006 judgment in M. Nagaraj & Others vs Union of India & Others need not be referred to a larger bench for consideration. It clarified that there was no requirement to collect quantifiable data of backwardness of S.Cs and S.Ts to provide reservation in promotions, as prescribed in Nagaraj.

At the time, a five-judge bench of Chief Justice of India Y.K. Sabharwal and Justices K.G. Balakrishnan, S.H. Kapadia, C.K. Thakker and P.K. Balasubramanyan dealt with challenges to constitutional amendments aimed at neutralising the impact of judgments, including the one on reservation in promotions for S.Cs and S.Ts.

The apex court had held in toto that if the state exercised its discretion to mandate reservation for S.Cs and S.Ts in promotions, it would have to collect quantifiable data showing backwardness of the class and inadequacy of representation of that class in public employment, in addition to compliance with the requirement of maintaining administrative efficiency as per Article 335.

Also, the state would have to ensure that its reservation provision did not breach the ceiling of 50 per cent or obliterate the creamy layer or extend the reservation indefinitely. This interpretation was referred to a Constitution Bench for reconsideration in November 2017 and came up before the Constitution Bench headed by CJI Misra.

P.S. Krishnan, a former Indian Administrative Service (IAS) officer, adviser to the government and Planning Commission Member, said that the Nagaraj case pertained only to S.Cs and S.Ts and yet the creamy layer argument was mentioned.

“As Honorary Adviser to the Human Resource Development Ministry to help in defending the Central Educational Institutions (Reservation in Admissions) Act in the Ashoka Kumar Thakur case between 2006 and 2008, I had suggested to the Solicitor General of India, the Additional Solicitor General and the Special Counsel to specifically raise the point of inapplicability of the creamy layer concept to S.Cs and S.Ts, and they agreed with me and pointed it out to the Supreme Court bench and the Supreme Court held accordingly. The Nagaraj conditionality of exclusion of creamy layer in a matter pertaining only to S.Cs and S.Ts is per incuriam as it is contrary to the nine-member bench Mandal case judgment,” he said.

The Supreme Court has laid down that the concept of creamy layer would include children of constitutional functionaries such as the President, Vice President and judges of the Supreme Court and High Courts. The creamy layer also includes children of members of Union Public Services Commission, Group A and B or Class I and II officers of all-India and State services, some public sector employees, doctors, dentists, engineers, chartered accountants, information technology consultants, media professionals, authors and sportspersons.