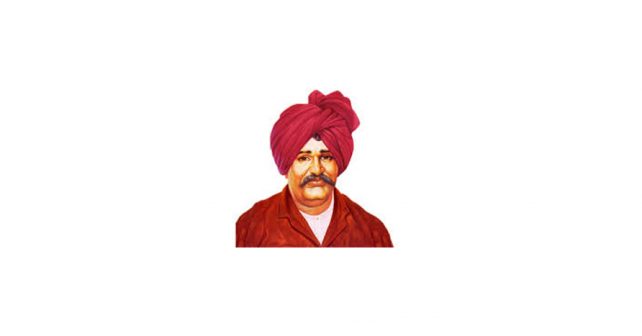 Shahu Chhatrapati (1874-1922) was in the true sense of the term, a king of the commoners and a commoner among the kings. It is difficult to conceive or a more rustic personality in the glittering array of royalty in the hey-day of the British empire of India. Shahu not only aspired to be a commoner in his dress and speech but identified himself completely with the depressed and the downtrodden, and strove his utmost to give them an honourable deal which was their birthright but which they had missed through the centuries. Shahu was thus a reformer royal in modern times.

Shahu was indeed a man of boundless courage, phenomenal energy and strength. In all his dealings his very human and noble character was manifest. He felt more fellowship and brotherhood with the deserted and the downtrodden than with saints and with the privileged of society. A skilful organiser, a devoted ruler, a fearless royal revolutionary, Shahu was a Prince among the social revolutionaries of India.

To him, the liberation of the Depressed and the Oppressed was the highest goal of action; and the one great aim of his legislation was to give them full rights of equality and liberty. Neither threats nor open enmity could dissuade him from his noble resolve. Without a doubt Shahu was more courageous than most of the Indian social reformers of his times.

As a practical man, Shahu knew the value of men and things and easily detected the viles of sycophants and the flattery of friends and the strategies of enemies. He suffered fools, but when flatterers took liberties with him, he, like the elephant in the story of the elephant and the cock, frightened them unceremoniously. When driven to despair he used the tactics of tit for tat and rose to the occasion magnificently.

Shahu’s was a grand personality. His face was, like the face of Mahatma Phooley, full of humanity. His eyes glowed with love of humanity, which was denied to the suppressed and the underdog. His thick lower lip was suggestive of passion and pleasures which he enjoyed in his youth, but generosity, wisdom and noble aim overcame the lust and the love of power and poll..

Shahu was magnanimous even to his opponents. Tilak had threatened him with death. Yet he sent his men to Poona to bring Tilak to Miraj for treatment. Shahu said that his fight with Tilak resembled the fight between Prithvaraj Chauhan and his uncle, who fought with each other ferociously on the battlefield by day time, but the same evening dined in the same plate at the call of the older man…

The real crime of Shahu was not his moral conduct. The leaders of the vested interests and the priests hated him not for his sins but for his virtues, which were reflected in his mission for the liberation of the Depressed and the Suppressed from social slavery, social inequality, and in his fight for human dignity, equal opportunities and human rights. What the Indian Republic has been fighting for, viz., transforming the political democracy into a social and economic one, as laid down in the guiding principles of the Indian Constitution, Shahu fought for fifty years ago (to be read as 130 years ago at present)…

It was Shahu’s belief that the peace, progress and prosperity of India depended on the elevation of the Backward and Depressed Classes. He aimed at the integration and consolidation of the national interests. It was the mission of his life to take these classes out of their morass, and he considered that his sacred duty to humanity. He experienced a sort of spiritual sentiment that goaded him on to fulfil this mission.

With this end in view, Shahu made his famous declaration: “To enhance Indian nation, we must dethrone Brahminism” which divided society and bad ideas of highness and lowness and poverty for the masses on the basis of birth. He, therefore, preached the need to foster the corporate and co-operative spirit.

It was his conviction that any institution in the country, a municipality or a village panchayat, would not be able to function smoothly and efficiently so long as it was not free from caste influence. He shouted at the top of his voice conferences that it was shameless on the pan of a leader to call himself a leader if he considered his countrymen and brethren as worse than cow dung and beasts. “Those who take part in politics must treat men as men,” he thundered.

In his own way Shahu, like Buddha and Ashoka, tried to humanise religion. President V.V. Giri, delivering a speech in Bombay on the occasion of Shahu’s birth centenary, appreciated Shahu’s great services to the nation when he said, “that Shahu was first and foremost a great emancipator and a true servant of the downtrodden.” It was a fitting description of a great leader who said, “ our rise depends upon the elevation of the masses.”

Shahu’s struggle for reducing the disparity between the privileged and the underprivileged was described by the leaders of the vested interests as casteism, a work of disharmony and disgrace. If a Brahmin thinks of removing this disparity between man and man he is called a social reformer, but if a non-Brahmin does it sincerely, he is denounced as a communalist, who foments division in society..

Functioning as Shahu was under duress and the limitations of a dependent ruler, Shahu could not take an active part in the freedom struggle, though he fearlessly declared Swaraj as the goal of India. In the early twenties even Mahatma Gandhi was not prepared to define Swaraj as complete independence as its goal. Mahatma Gandhi said in Young India (January 3, 1922), “that is would be religiously unlawful for us to insist upon Independence, for it would be vindictive and petulant. It would be a denial of God.” In 1921, even Pandit Jawaharlal Nehru dissociated himself with a resolution which Hazarat Mohan moved at the Ahmedabad Congress, declaring complete independence as the goal. Gandhi opposed this resolution.

Shahu’s idea of Swaraj was not of a geographical nature, but aimed at the broadening the base of democracy and enlarging the scope of Indian nationalism. His advocacy of the rights of the Backward and Depressed Classes and of their rightful share in the administration was misrepresented by the Maharashtra Congress leaders.

Shahu was a good, wise and enlightened ruler, tolerant of all faiths. “In any other country”, said a writer with good judgment, “he would have been an idol of all who recognised social advance as the just step to political progress.” His educational policy has been the inspiration of numerous social workers: his liberty in social matters reasserted and revived the new era inaugurated by Mahatma Phooley long before..

Sympathy for human life was Shahu’s watchword and it proved to be a great moral and motive force. In reality, he even risked his crown in his attempt to elevate the masses and he rightly tried to ensure the moral as well as material welfare of his subjects. His ultimate aim was much wider. His was a wiser, saner and more tolerant outlook..

Undoubtedly, Shahu saw farther than most or his contemporaries and desired the elevation of the lower classes more keenly and strongly than others. History is made by a great social man and like a great man Shahu was the product or the social forces that proposed for a new social order. Shahu and Dr. T.M. Nair were the rebels in India who were responsible for the social unrest in India in the first quarter of the twentieth century. No other Indian ruler was as great a social as well as public figure as Shahu was. His heart bled and his eyes were often dim with tears for the suppressed..

Shahu visualised a new social order based on equality and liberty,that is, based on reason, a pattern of a future Indian society. His philosophy of enthroning labour, of annihilating untouchability root and branch, and of raising the status of the common man, has come to Free India in the ideal of social and economic democracy as enunciated in the guiding principles of the Indian Constitution.

Shahu was indeed a man of great soul, a man of simple greatness and a people’s social philosopher. Alter the death of Mahatma Phooley, he rekindled the lamp of hope in the hearts of millions of Untouchables and the lower classes. This achievement alone entitles him to a high place in Indian history. He was a ruler who dreamed of a labour Government in India, a leader said that mills and factories should not go into the hands of capitalists and millionaires, but should remain in the hands of the people. He was a ruler who lighted the eternal lamp of education, which shines all over Maharashtra. He was a Prince who believed in the dictum that peace had its victories more renowned than war.

Hence with the increasing success of the social and economic democracy in India. Shahu’s figure will shine brighter. He will be ever remembered by the people with gratitude and affection. His name will be written in gold in the history of India. Man plays several roles in his life. With his indomitable, unselfish and ascetic roles in his life, Rajarshi Shahu Chhatrapati proved to be the greatest ruler in Maharashtra since Shivaji the Great. He was indeed a great social man, a royal revolutionary, a supporter of democratic journalism, a promoter of Indian music, a builder of the Marathi stage, a patron of wrestling, a maker of modern Maharashtra, the Father of the Green Revolution in India and one of the Founders of social and economic democracy in India.