Shocking News! Shattering Information! Only 3.8% Reservation in PG Medical Admission on All India Level for other Backward Classes 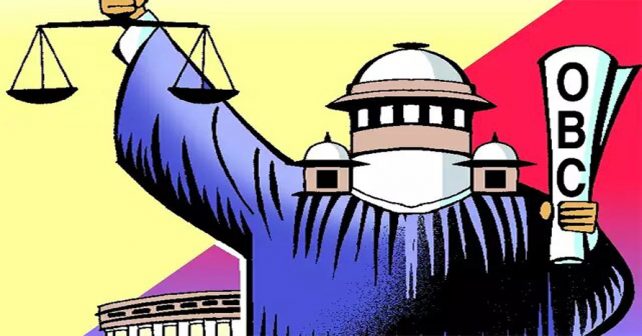 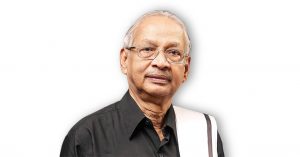 Social Justice-guarding forces should fight with Synergy, against this Social Injustice

According to the first round of counselling for PG Medical admissions held and completed on April 24, 2020, only 3.8 per cent of seats have been allotted for students of Other Backward  Classes (OBCs). This social injustice must be defeated with collective efforts by all the forces striving for absolute Social Justice.

Under the guise of NEET, the opportunities for Medical college entry to the suppressed people are already being grabbed like highway robbery. Adding fuel to the fire, PG Medical seats are now being robbed in broad daylight from the downtrodden students in our country. Words fail us to describe this grave injustice.

In the entire Indian sub-continent it is only in Tamil Nadu that every district has a medical college. It is an achievement of enviable pride for the State. Tamil Nadu has 26  Medical Colleges, run by the State Government. We can proudly declare this with a fist-bump, that it is the achievement of Dravidian Movement Rule.

But our achievement pricks like a thorn the entire dominant crowd at the top. Since they are unable to seize directly the rightful opportunities of the suppressed people, they are now using foul means to win. Hence all the loopholes are to be plugged by us with collective efforts. What we have created by our untiring fights is now facing a peril of cruel destruction. If we fail to fight together, this injustice would adversely affect the future of the students hailing from other backward classes. All our struggles in Tamil Nadu to establish absolute social justice would be in vain if we do not wake up now.

Total number of PG Medical seats are 1758 in Tamil Nadu which is the largest number of seats in India. But Tamil Nadu forgoes 50 per cent of these seats to the Central package.

This would mean that the Central package is already grabbing 879 seats procured for the people of Tamil Nadu, out of their own tax money.

The above title of an English novel suits our problem the best. For the year 2020, the first round counselling for PG medical admissions was held and completed on April 24.

The total number of PG Medical admission seats on All India level is 13,237 and the break up is as follows: 8833 seats from the Govt. medical colleges in all the States, at the rate of 50 per cent of seats in each college. 717 seats in the Central Governments’ Medical Colleges and 3687 seats in Private Medical Colleges in the various States.

Only 3.8% for the Backward Classes

The total number of seats in Government Medical Colleges in India sums up to 9550 (8833 of various State Governments plus 717 of the Central Government). Out of the 9550 Government College Medical Seats, 7125 seats have been allotted for General Category students at the rate of 74.6 per cent.

Only 371 seats out of 9550 have been reserved for the students of Other Backward Classes. On percentage basis we can say that only 3.8 per cent of 9550 seats have been allotted for Other Backward Classes (74.6+14.5+7+3.8=99.9 per cent). This break up is self-explanatory for the distribution of all the 9550 seats in Government Medical Colleges. Obviously, the reservation of mere 3.8 per cent has pushed the backward classes to the lowest ebb, which is undeniably pitiable.

Now let us look at the other torture. For the sake of economically weaker section (EWS) students, the officials concerned at the Centre hurriedly framed a law quite illegally and overzealously obtained the ratification of the President too. The seats reserved for these Upper caste people are 653 (282 seats more than the seats reserved for several Backward Classes- 653-371= 282). What do the rulers at the Centre mean by economically weaker sections? They are infact comfortably living people who earn Rs. 66,000 and above per month. What an amazing irony!

The impact of the ‘Varnas’

Note how the discrimination by birth, based on Manusmiriti has influenced even in classifying the upper class. Though 27 per cent reservation has already been assured in Central Government establishments, for Other Backward Classes, as per the recommendations of the Mandal Commission and they have been denied reservation in PG Medical Admissions. If this is not an atrocity of ‘Brahminocracy’ what else could it be? The inhuman Varnashrama code generated by the foul Manusmiriti have obviously had an impact on this biased discrimination by the people in power, haven’t they? Even according to the records of the Mandal Commission Recommendations, 52 per cent of Indian citizens belong to the Backward Classes. When the majority of the large Indian population comprises Backward Classes, the rulers at the Centre have dared to dump them all like garbage. If these affected people still lie in deep slumber without screaming ‘‘HOW DARE YOU?’’-  like the little girl in the U.S., the days of much more torture and social injustice could not be too far.

43 years after Indian Independence and 40 years after its Republic status ratified on 26 January, 1950, the dusk fell and the dawn broke for us. After four decades from the framing of our Constitution there was a relief. By the impact of 42 conferences and 16 agitations held by Dravidar Kazhagam and the relentless protests by the suppressed people of Tamil Nadu, it was only in August 1990, during the rule of V.P.Singh that 27 per cent were offered to the Backward class people in employment opportunities. This was the first solace.

Respectful V.P.Singh was a great guardian of Social Justice and a humanist of rare virtues. He had to forgo his rule for promoting Social Justice in the nation. And yet, his period would be a glorious chapter in our history which would also speak volumes about his achievement in establishing Social Justice. The people who toppled his Government for that reason are now majestically ruling the country misusing their power. This is a clear sign of an unabashed adulterous democracy!

Though the law was passed in 1990, there was an interim stay and after a lot of hurdles it was implemented only since 1992. The untold sufferings of these Backward Class people are inexplicable indeed.

It is noteworthy that during the rule of V.P.Singh, the Backward Class people were granted reservation only in employment opportunities and the account got opened. But reservations in Government Educational Institutions were ratified and implemented, facing numerous protests, only in 2008, during the rule of the Congress at the Centre, when Arjun Singh was the Minister for Human Resource Development.

However, like many a slip between the cup and the lip, reservation in PG Medical Admissions is adamantly being flatly denied to the Backward Class people. This is in violation of Social Justice guaranteed in our Indian constitution. Besides, this is a brutal assassination of democracy and grave injustice to the Backward Class citizens who form the majority of Indian population.

Irrespective of political parties, outfits and forums all the forces of Social Justice in the Parliament should collectively strive to annihilate this injustice, we urge upon all the guardians of Social Justice to seek the final solution. Our emphasis now is on appropriate steps and action on a war footing basis.

Forget not! United – we stand! Divided – we fall!