Should schools have prayers? 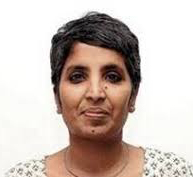 The headmaster of a government school in Pilibhit (Uttar Pradesh) was suspended recently by the district administration following a complaint by a local Vishva Hindu Parishad (VHP) leader that he was asking his students to sing religious prayers in the morning assembly. Last year, the Kendriya Vidyalaya Sangathan made mandatory an assembly prayer quoting the Brihadaranyaka Upanishad. In a conversation moderated by Anuradha Raman, Krishna Kumar and Faizan Mustafa examine the usefulness of a morning assembly prayer and its pitfalls.

Do prayers in the morning assembly amount to giving religious instruction?

Krishna Kumar (KK): About 45 years ago, I carried out a survey of school prayers in northern India for Hindi magazine Dinaman. Some 400 people submitted the text of their prayers. Typically, the morning assembly in schools was used to sing one or more prayers. These prayers were of different kinds. Some were traditional; some were from belief systems and religions and some were on the borderline. After an analysis, I found that schools were fulfilling several different needs by this arrangement. Typically, the headmaster used it to address his students, giving general notices or a short speech. There was music, there was singing and the singing quite often involved a prayer. So, the question is not about whether schools should have prayers. The fact is that across South Asia, schools do have a morning assembly of which the prayer is considered an essential component. The only question we can ask then, is: what kind of musical or lyrical material is good for fulfilling the purposes for which the morning assembly is used?

Faizan Mustafa (FM): First, a word on the recent controversy. This poem was written in the first decade of the 20th century by Iqbal at a time when he was not talking about Pakistan. It talks of removing darkness and is about patriotism. But there is one couplet where Allah figures. The couplet says, ‘Allah, save me from evil.’ A problem arises when there is any reference to god. The Kendriya Vidyalaya directive refers to a verse that may appear very secular and the argument will be that, well, it doesn’t refer to any god. [But] constitutionally speaking, if you are an institution funded by the state, partially or wholly, you cannot have any religious instructions at all. My issue is that the whole argument of using the spiritual heritage of the country to inculcate morality — it looks good; but the minute it appeals to or refers to something superhuman, it contradicts the spirit of rationality and compromises on scientific temper.

Would you agree that schools funded partially or fully by the state should eschew prayers in the morning assembly?

KK: I don’t agree with this for the reason that the morning assembly is an occasion used for various purposes, and music/singing is part of it. Once you realise that this is some kind of a start to the day, you cannot avoid poetry or language of the country. And once you are in that domain, there is no distinction between the aesthetics of a song and [of] a poem that has spiritual overtones. It will be very strange to say that government schools should not sing bhajans of Surdas or Tulsidas which are very basic to the cultural, literary and aesthetic traditions of the entire Hindi belt. [Similarly] it would be like saying that the wonderful music that I go to listen to in Chennai during the music season in December should not be sung in schools simply because they are funded by the government. That way, we will alienate the schools completely from their tradition. Already, our schools are alienated in the sense that they are not well entrenched in the atmosphere in which they function. The National Curriculum Framework (NCF) talked about making the school a part of the society, its social ethos, giving it the space to discuss and intellectually analyse critically examine the things happening in society. If there is a law, it would have to outlaw singing and prayers all schools. As it is, the space for music in our schools is very marginal.

What about the point raised by Mr. Mustafa on the fundamental duty of inculcating scientific spirit and rational temper in citizens?

KK: The same Constitution says that an individual’s dignity is an important value. Probably, Article 39 talks of creating a social ethos in which everyone feels a sense of dignity. That sense of dignity can’t be kept exclusively at the altar of science. What do we mean by science? Is it a systematic pursuit of knowledge? [The study of] religion is also one part of it. Direct religious instruction has to be distinguished from traditions of religion which are part of a cultural ethos of the country. Poetry is centrally located in it in most Indian languages. Many songs of Tagore have a spiritual overtone. Somebody can argue that [the very] spiritual overtone has a religious overtone. It would be strange [to use it as an] argument to ban Tagore. I am sure similar arguments could be made about medieval Tamil poets or poets from Maharashtra.

A rigid categorisation between the spiritual and the religious may not work. How do we navigate through these categories?

FM: I agree with Mr. Kumar as far as the importance of music is concerned. He is also right about Article 39(f). My problem is, we think it is from the religious traditions that we get spirituality and morality. I am not denying that religion has contributed to ethics, morality and to human civilisation. [But] I am also conscious of the fact that religions have led to bloodshed and persecution. Therefore, a modern, progressive country like India has to make a choice. Countries like France and the U.S. have a strict wall of separation between the state and religion. Once we have made a choice that we are a secular country, religious instruction [cannot be given] at any state-funded institution. In private institutions, this is done with the consent of the parents. It is not a blanket approval. If parents refuse permission, children cannot be forced to sing. I am really worried that institutions are giving a heavy dose of religiosity and spreading hate. The line between spirituality and religiosity is very thin and I am wary of that.

Any instruction, even spiritual, may have the consequence of further dividing the society?

KK: I am afraid I have a different perspective. To some extent, we may single out schools. Let me talk about science vs. religion. Atom bombs were very much a project of scientific pursuit and scientific inquiry. Of course, I am not arguing against science. I am saying that what use is made of a certain kind of knowledge always depends on the decisions which human beings take through their political and other institutions. The history of science is no less bloody than the history of religion. I think we have to see these questions in the wider pedagogic [and] educational context rather than [place them in hard] and dry categories. Assembly is part and parcel of private schools and many private schools have beautiful morning assemblies. If we study the situation widely, we will find that to some extent, the beautiful traditions of the country are communicated in morning assemblies.

What is religious instruction? To some extent, we get knowledge about various religions in our learning of history. It would be strange if [we] teach about Sikhism without letting children listen to gurbani or if we don’t give children a chance to listen to Meera bhajans by M.S. Subbulakshmi. Is that a religious experience? Is it a spiritual experience? Yes. But it is also an aesthetic experience. It would be a sad day if all of this is banned someday in our schools. There [will be] no window for introducing children to the deeper aspect of India’s rich aesthetic and artistic traditions. Are we going to ban paintings which also have spiritual overtones or ban the teaching of temple architecture? Who is going to decide [on] that? Take, Ekla cholo re. Surely you could argue that it is about the loneliness of the soul and, therefore, Tagore is actually celebrating the Hindu mind. That would be a travesty of Tagore and his manav dharma. I am afraid we are entering a territory where pedagogy will be finished.

FM: Article 28(3) is absolutely clear that it cannot require a child to attend religious instructions if the school receives even a small [state] aid unless consented to by the guardian. My major worry about this episode is that we are bringing religion into schools through school prayers. That’s why a Constitution Bench is looking into the matter of the Kendriya Vidyalaya instruction. To my mind, we should ideally avoid religious overtones in any address to students in morning assemblies.

KK: Let me pose a question on [Mahatma] Gandhi’s favourite bhajan, Vaishnav jan to, tene kahiye. If a school decides to sing it in the morning assembly prayer, will it be regarded as religious instruction or national heritage lifted to a [different] level by the Father of the Nation to remind the country to treat someone [else’s] pain as yours? Similarly, if Gandhiji’s own creation, Raghupati raghav raja Ram, is used as a prayer in schools, shouldn’t we be happy? I would be sorry the day when we will become extremist supporters of science or scientific orthodoxy. We need greater autonomy and a far greater intellectual space to engage with our heritage. What is the academic study of religion if it does not include the experiential part to convert a topic into an experience?

FM: Article 51A of the Constitution says citizens should cherish and follow the noble ideals of those who guided our freedom struggle. And I think the Gandhi bhajans that Mr. Kumar mentioned would be guided by the article. We could not have a wall of separation and that’s why religions occupies centre stage in [our] secular state. And personal experience tells me that if we have to make a choice, avoiding religion from school prayers is a lesser evil.

The concluding comment to the article, ‘Should schools have prayers?’
published in The Hindu

The secular nature of the country’s polity and the Indian Constitution do not warrant conducting prayers in schools, where the inmate students and teachers would have faith and belief in varied religions. Besides, they include the wards of the families of atheists and rationalists. It will not be possible to include in the proceedings the faith of all the believers for which school is not a worshipping place. The equity on the part of the non-believers must be duly weighed. Better the proceedings of the prayers be non-religious. It is not impossible to conduct the proceedings, in a non-religious way. There are umpteen stories, real life incidents for narration to make students humane to some extent. A perception has been inculcated in the minds of the people that proceedings cannot be non-religious. The songs praising humanism devoid of religion may be composed exclusively by the respective State government to be sung compulsorily. Each State has official language/s of its own. Songs in praise of the language/s and heritage may be sung.

In that line Tamil Nadu State remains pioneer by commencing not only the school prayer proceedings but all the official meetings with the song about Tamil language from the classic ‘Manonmaniam’. Success stories which also equally narrate the sufferings, experienced by the scientist-stalwarts may be shared in the school morning assembly, which would groom the students with scientific temper. Let the school prayers be non-religious, to prove that we are all constitutionally ‘secular’! Let the term ‘prayer’ be substituted with some other alternative word denoting ‘secularism’.