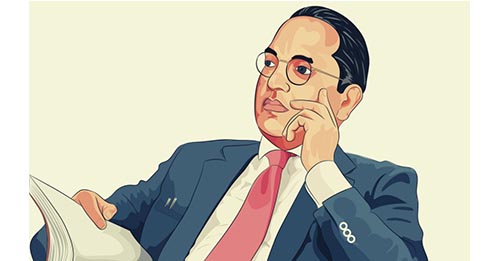 From the previous issue
Let us turn to the de facto position of the Negro in the United States during the period in which he was slave in the eye of the law. Here are some facts which shed a good deal of light on his position: “Lafayette himself had observed that white and black seamen and soldiers had fought and messed together in the Revolution without bitter difference. Down in Granville County, North Carolina, a full blooded Negro, John Chavis, educated in Princeton University, was conducting a private school for white students and was a licentiate under the local Preshytary, preaching to white congregations in the State. One of his pupils became Governor of North Carolina, another the State’s most prominent Whig senator. Two of his pupils were sons of the Chief Justice of North Carolina. The father of the founder of the greatest military Academy of the State attended his school and boarded in his home …… Slave labour was used for all kinds of work and the more intelligent of the Negro slaves were trained as artisans to be used and leased. Slave artisans would bring twice as much as an ordinary field hand in the market. Master craftsmen owned their staff. Some masters, as the system became more involved, hired slaves to their slave artisans. Many slave artisans purchased their freedom by the savings allowed them above the normal labour expected.”

“The advertisements for runaways and sales are an index to this skill. They received the same or better wages than the poor white labourer and with the influence of the master got the best jobs. The contractors for masons’ and carpenters’ work in Athens, Georgia in 1838 were petitioned to stop showing preference to Negro labourers. “The white man is the only real, legal, moral, and civil proprietor of this country and state. The right of his proprietorship reached from the date of the studies of those whitemen, Copernicus and Galileo, who indicated the sphericity of the earth; which sphericity hinted to another white man, Columbus, the possibility by a westerly course of sailing, of finding land. Hence by whitemen alone was this continent discovered, the whitemen alone, aye, those to whom you decline to give money for bread or clothes for their famishing families, in the logical manner of withholding work from them defending Negroes too in the bargain.” In Atlanta in 1858 a petition signed by two white mechanics and labourers sought protection against the black slave artisans of masters who resided in other sections. The very next year sundry white citizens were aggrieved that the City Council tolerated a Negro dentist to remain and operate in their midst. ‘In justice to ourselves and the community it ought to be abated. We, the residents of Atlanta, appeal to you for justice’. A Census of free Negroes in Richmond County, Georgia, in 1819 showed carpenters, barbers, boatcorkers, saddlers, spinners, millwrights, holsters, weavers, harness makers, sawmill attendants and steamboat pilots. A Negro shoe-maker made by hand the boots in which President Munrow was inaugurated. Harriet Martineau marvelled at the slave workmanship in the delicately tiled floors of Thomas Jefferson’s home at Monticello. There still stands in the big house of the old plantation, heavy marks of the hands of these Negro craftsmen, strong mansions built of timber hewn from the original oak and pinned together by wooden pins. Negro women skilled in spinning and weaving worked in the mills. Buckingham in 1839 found them in Athens, Georgia, working alongside with white girls without apparent repugnance or objection. Negro craftsmen in the South, slave and free fared better than their brothers in the North. In 1856 in Philadelphia, of 1637 Negro craftsmen recorded, less than two-thirds could use their trades; ‘because of hostile prejudice’. The Irish who were pouring into America from the very beginning of the nineteenth century were being used in the North on approximately the same motives of preference which governed Negro slavery. ‘An Irish Catholic, it was argued in their favour, seldom attempts to rise to a higher condition than that in which he is placed, while the Negro often makes the attempt with success. Had not the old Puritan Oliver Cromwell, while the traffic in black slaves was on, sold all the Irish not killed in the Drogheda Massacre, into Barbados? Free and fugitive Negroes in New York and Pennsylvania were in constant conflict with this group and the bitter hostility showed itself most violently in the draft riots of the New York. These Hibernians controlled the hod carrying and the common labour jobs, opposing every approach of the Negro as a menace to their slight hold upon America and upon a means of livelihood.”

This training, this initiation of culture was undoubtedly a great benefit to the slave. Equally it involved considerable cost to the master to train his slave, to initiate him into culture. ‘There can have been little supply of slaves educated or trained before enslavement. The alternative was to train them when young slaves in domestic work or in skilled craft, as was indeed done to some extent before the Empire, by Cato, the Elder, for example. The training was done by his owner and his existing staff…. indeed the household of the rich contained special pedagogue for this purpose. Such training took many forms, industry, trade, arts and letters’.

The reason why the master took so much trouble to train the slave and to initiate him in the higher forms of labour and culture was undoubtedly the motive of gain. A skilled slave as an item was more valuable than an unskilled slave. If sold, he would fetch better price, if hired out he would bring in more wages. It was therefore an investment to the owner to train his slave.

In an unfree social order, such as slavery, the duty to maintain the slave in life and the body falls upon the master. The slave was relieved of all responsibility in respect of his food, his clothes and his shelter. All this, the master was bound to provide. This was, of course, no burden because the slave earned more than his keep. But a security for boarding and lodging is not always possible for every freeman as all wage-earners now know to their cost. Work is not always available even to those who are ready to toil and a workman cannot escape the rule according to which he gets no bread if he finds no work. This rule—no work no bread—has no applicability to the slave. It is the duty of the master to find bread and also to find work. If the master fails to find work, the slave does not forfeit his right to bread. The ebbs and tides of business, the booms and depressions are vicissitudes through which all free wage-earners have to go. But they do not affect the slave. They may affect his master. But the slave is free from them. He gets his bread, perhaps the same bread, but bread whether it is boom or whether it is depression.
In an unfree social order, such as slavery, the master is bound to take great care of the health and well-being of the slave. The slave was property of the master. But this very disadvantage gave the slave an advantage over a freeman. Being property and therefore valuable, the master for sheer self-interest took great care of the health and wellbeing of the slave. In Rome, the slaves were never employed on marshy and malarial land. On such a land only freemen were employed. Cato advises Roman farmers never to employ slaves on marshy and malarial land. This seems strange. But a little examination will show that this was quite natural. Slave was valuable property and as such a prudent man who knows his interest will not expose his valuable possession to the ravages of malaria. The same care need not be taken in the case of freeman because he is not valuable property. This consideration resulted into the great advantage of the slave. He was cared for as no one was.

On the other hand, untouchability has all the disadvantages of a free social order. In a free social order the responsibility for survival in the struggle for existence lies on the individual. This responsibility is one of the greatest disadvantages of a free social order. Whether an individual is able to carry out this responsibility depends upon fair start, equal opportunity and square deal. The Untouchable, while he is a free individual, had neither fair start, nor equal opportunity nor square deal. From this point of view, untouchability is not only worse than slavery but is positively cruel as compared to slavery. In slavery, the master has the obligation to find work for the slave. In a system of free labour workers have to compete with workers for obtaining work. In this scramble for work what chances has the Untouchable for a fair deal? To put it shortly, in this competition with the scales always weighing against him by reason of his social stigma he is the last to be employed and the first to be fired. Untouchability is cruelty as compared to slavery because it throws upon the Untouchables the responsibility for maintaining himself without opening to him fully all the ways of earning a living.
To sum up, the Untouchables unlike the slaves are owned by the Hindus for purposes which further their interests and are disowned by them, when owning them places them under burden. The Untouchables can claim none of the advantages of an unfree social order and are left to bear all the disadvantages of a free social order.