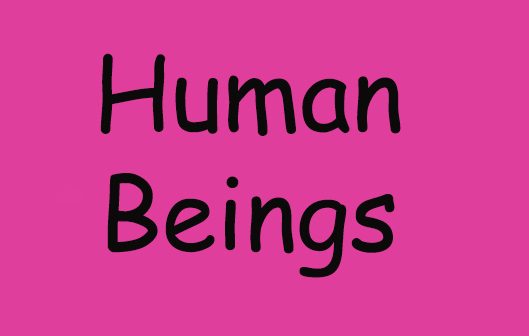 Human beings are born pretty much alike and grow in the similar way. But, a section of people are active and more inquisitive. They improve their knowledge by their own effort. It reflects on their conduct and character. Their viewpoint and outlook become rational and sensible. Consequently, take decision based on reason. They don’t give much importance to traditional beliefs and customs. In this way, they slowly move away from the tradition bound mass.

Philosophers state that the independent thoughts of a few individuals are the fundamental cause of all good changes in all societies. Thinking individuals are eager to learn and change their ideas based on reason. They themselves critically analyze the values they follow and understand the reasons for classifying certain activities as right and wrong. This clear understanding motivates them to do good courageously and resist the evil boldly.

Sociologists assert that most of the well informed and thinking people abide by moral values willingly. They behave as responsible citizens. Those who fail to increase their knowledge and those who are reluctant to think independently remain ignorant. Some of them become criminals.

The inferior people are those who don’t abide by most of the moral values. They are very selfish. They are fanatic in many matters. Their behavior is a nuisance to the society. They become harmful to the well-being of the people and society either directly or indirectly.

The Chinese Philosopher and moral preacher Confucius (551-479 BCE) discusses morals in detail. He defines the core principle of the conduct for life in one sentence. That core principle is ‘One should not do to others what one does not want others to do to him’. He also offered a one-word definition and that word is ‘reciprocity’ (Reciprocality).

Similarly, Confucius defines clearly who are superior and inferior people. His definitions are worth knowing because they enlighten clearly in the values that are to be followed to lead a sensible and meaningful life. A few of his important definitions are the following:

Confucius, like Buddha, made no claim that he was inspired. He refused to deal with questions concerning God, the life after death and the unseen world. Unlike many religious teachers, he declared that a saintly man ought to take part in wordly affairs. He said that it is impossible to withdraw from the world and associate with birds and beasts that have no affinity with us.

Identical to Confucius (551 – 479 BCE), in India, Mahavira (599 – 527 BCE) and Gautama Siddharta Buddha (563 – 487 BCE) preached morals. In south India, Thiruvalluvar gave ‘Thirukural’ during about first century and in it he emphasized only morals. All these moral preachers and Greek philosophers did not say anything about God. Secondly, they did not tell us to offer prayers or to perform any ritual for the imaginary ‘God’. Thirdly, they said nothing about judgment day, hell and heaven i.e. life after death.

When the followers of Buddha asked him repeatedly about after life, he replied that he does not know anything about past life and life after death. Knowing them is humanly impossible. Everything said about the past life and life after death are mere human imaginations. Only the present earthly life is real. So, it is our duty to live a meaningful life. For that, Buddha says every individual needs to be a thinking individual.
By right aim, right effort, right conduct and by controlling selfishness anyone can become a wise and superior human being.

Buddha assured that if we live a virtuous life, we will get a place in heaven, if there is one such place. Wisdom considers this reply as a wise one. So, let us lead a virtuous life in this world.