TECHNOLOGY ALL ABOUT IT 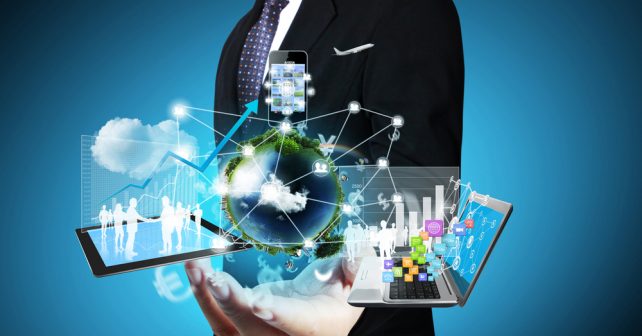 Technology is the science of craft. It comprises of both art and skill. It is a collection of techniques, methods and processes of various kinds. It is an accomplishment of scientific investigation.

Technology is ever widening knowledge from the pre-historic times. There was Neolithic revolution spreading from 10000 BC to 300 AD with discovery of not only tools like crowbar, chopper and hand axes but also the wheel (invented in 4000 BC) which is as important as zero in mathematics. Wheels obliterated the barriers of communication. Fire was a major discovery. Clothing and shelter followed.

Military technology essential for self preservation has been and continues to be a great contributor for development of technology, which has now led to nuclear weapons, thanks to the development of atomic energy, a weapon to deal with pollution and to make environment-friendly atmosphere. Space station has helped to probe outer space.

Technology has opened the gateway to all branches of knowledge. It is no more the preserve of engineers. It is as much part of every science and knowledge, whether mathematical, linguistic or historical. It is technology, which has contributed to the dawn of the age of enlightenment. It had paved the way not only for first industrial revolution, but contributing to further revolutions leading to constant evolution. It is technology, which has helped the founding of civilization in Mohanjo-Daro and Harappa, Nile valley, Mesapotamia, Greece and Roman Empire. Renaissance speeded up medieval technology with wheel barrow, windmills and clocks.

Technological development greatly assisted agriculture, mining, metallurgy and all manufacturing industries besides transport, which from land and sea now to air transport. Medicine has developed by leaps and bounds with open heart surgery and stem cells medications and treatment, so is the science of physics, chemistry and engineering. Urban development with skyscrapers was the gift of architecture replacing with the conventional housing. Information age has dawned with transistors, integrated circuits and computers contributing to information technology with the knowledge explosion providing access to knowledge made easier with internet by satellite telecommunication.

Technology is not merely a science but a part of social sciences. Foucault has contributed to the technology of the self. There has been widespread regret that religion became the loser in this development with spread of knowledge by demolishing the superstitious faith. The philosophers have felt that though there has been dilution and even abdication of religion, it is replaced by highly moral and ethical values.

The rapid technological development is not without critics. The obsession with technological development, it is felt, leads to higher values of life to be forgotten. Aldous Huxley in Brave New World shared this anxiety with George Orwell in 1984 expressing serious concern over the mind control, which inevitably follows technological development. E.F.Schumacher has preached the cult “Small is Beautiful” in favour of cottage and small industries in preference to the giant industrial undertakings, which make a man into a robot. His philosophy borders on the economic thoughts of Mahatma Gandhi preaching a village-centric economy in preferable to modern cities. A recent enthusiastic writer against technology is Theodore Kaczynski also known as the Unabomber has captured several columns in newspapers and literature with his book “Industrial society and its future” drawing attention to his fear that unbounded technology may lead the world to self-destruction.

Literature is also a beneficiary made easier with computer and printing technology. The growth of science fiction is one result. Even theology is a beneficiary. Political debate through the media serviced by technology has helped to sponsor better citizenship.

Outlook for the future

The development of technology has been multifold. Genetic engineering, nanotechnology, synthetic biology and robotics are some new sciences. Technology is able to lighten many dark corners to know more about space and the origin of earth and the planet. One sometimes wonders, if the universe was made by a god, he must be super-technologist. If the evolution of technology in future at the same pace, man may well become a super-technologist, a god himself, a prediction which is alarming for some and exhilarating for others. Some of the current technologies are seen below:

Genetic engineering : Genetic engineering involving even genetic modification by manipulation of organisims / genome using bio-technology generating DNA sequence, synthesizing it, knocking out even genes using a nuclear gene targeting is a miraculous development. Genetically modified organism helps improvements in agriculture, and medicines with new crops, improved seeds, GM cell lines and GM animals. The characteristics of organisms can be changed, the change becoming heritable. Genetic engineering from selective breeding and artificial insemination has taken a giant leap to cloning and stem cell research as an outcome of synthetic biology.

Nanotechnology : Nanotechnology is another field, where research is going on involving manipulation of matter on an atomic molecular and supra molecular scale in molecular nanotechnology. Both U.S. and European Union have invested fortunes for research in the fields of surface science, organic chemistry, molecular biology, semi-conductor physics and micro fabrication, which would generate molecular self-assembly providing direct control over matter on the atomic scale. Nanotechnology is expected to create new materials not only consumer products but also those which will make their own contributions in the field of medicine. Nanotechnology is a recent science with a major breakthrough in 1980s heralding the modern era. Commercialisation of these discoveries is a short step contributing to the general well being.

Synthetic biology : Synthetic biology is another inter-disciplinary science of biology and engineering being a combination of bio-technology, evolutionary biology, molecular biology, systems biology, bio-physics, computer engineering and genetic engineering. It is a newly emerging scientific field with natural scientists and engineers along with other specialists in human sciences, arts and politics are engaged in designing and constructing biological modules, biological systems and biological machines for useful purposes. It raises an interesting question “What next?”.

Robotics : Robotics is a field where mechanical, electrical and computer scientists and engineers, design, construct and operate by the use of robots with computer systems controlling and giving sensory feedbacks. It is now bio-inspired and not merely a mechanical tool. Robotics is not a recent science and had relatively a longer history in the field of technology. They can now mimic human behavior and manage human tasks with ongoing research domestically, commercially or militarily, hazardous jobs can be undertaken with robots as in diffusing bombs, finding survivors in unstable ruins, exploring mines and ship wrecks. They are also used in STEM (Science, Technology, Engineering and Mathematics).

The entire population of robots could be built up to fight wars and undertake massive construction. Astounding science fiction have proliferated in the light of what robotics could do. Robotics is now used to a large extent in the industries. Interesting and imaginative films envisage a stage when robots are programmed to “think” and provide solutions, so that one wonders whether they will one day take over the world. Robots supplement and replace human labour. Even computer programming to a large extent can now be left to the robots. Heavy duty robots are not uncommon. Robots can work as waiters, cooks and serve at home as a dishwasher. It can participate in sports. It saves costs.

Technologies in use : Internet has been a great boon of modern technology. Attempts are made to make its use free, so as to make knowledge available without any reservation. Apart from internet, wireless charging, flexible screens, cameras that don’t need focusing, water proof devices, fuel cell batteries and self driving cars are some of the recentdevelopments. Gadgetry is a great beneficiary of technology.

Conclusion : Man is becoming a creator. One sometimes wonder, where we go from here for good or bad. Easy living with hardly any effort may well pave the way for decline as has been said of Rome, which declined because of its prosperity. Unlimited leisure without alternative avocation may well turn him to a vegetable. Such a pessimistic inference is not warranted. Let us hope, that the endless pursuit of technology, which will never end, will itself solve the problems which it creates.