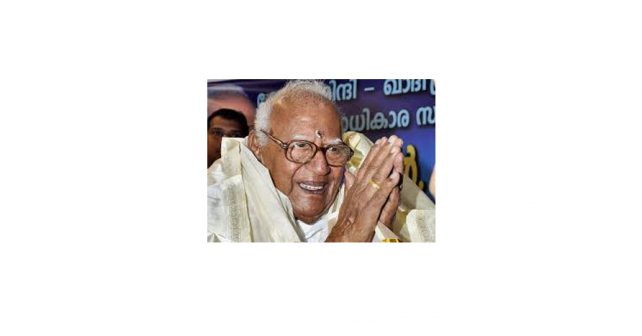 Constitutional law is basic social engineering; and the creation of secular humanism and a forward-looking faith in enlightenment and free enquiry is possible only through a suitable constitutional machinery. The keynote of the Constitution, which promises “Justice, social, economic and political”, is secular. But the pledges of the preamble prove teasing illusions unless programmes for fulfilment follow. Secular equality is a founding faith of ours and the fasciculus of egalitarian articles inhibits discrimination by the state on the ground of religion or caste and ensures equal protection of the law. Nor shall any disability, due to religion or caste be imposed in any public place or shop: and the use of wells and bathing facilities and places of public resort “maintained wholly or partly out of State funds or dedicated to the use of the general public” shall be available to all castes and communities.

India even now lives with medieval rashes (and ashes) all over its body. Private untouchability, denial of entry into private temples, religious self-torture and obscenity and the like, religiously mar our secular escutcheon because the Constitution, in Articles 17 and 25, is not wide enough. The secular spirit of the Constitution expresses itself in Articles 25 and 26 by reserving the power of the State to interfere with religion in matters of public order, morality and health and for social welfare and reform. Secular activities of religious institutions are amenable to State regulation by law (Articles 25 and 26). Freedom from taxation, the proceeds of which are specifically appropriated for a particular religion, is guaranteed by Article 27 while freedom from religious instruction in State-owned educational institutions is declared in Article 28. Even in Other institutions, if recognized or aided by the State, religious instruction or worship shall not be compelled. Freedom of conscience, which presumably covers the right to be a non-believer, is upheld by Article 25, but, curiously enough, unlike in socialist constitutions, freedom to propagate religion, but not anti-religion, is a fundamental right. The Dravidar Kazhagam and other anti-God movements are right to this extent about the pro-religious slant of the Constitution. A permissive amendment allowing propagation of anti-religion as a fundamental right is not a revolutionary step when man walks the moon instead of worshipping it. In the social political climate of Tamil Nadu, the demand is no academic exercise.

Source: ‘Of Law and Life’