The case of the missing scientific Indian 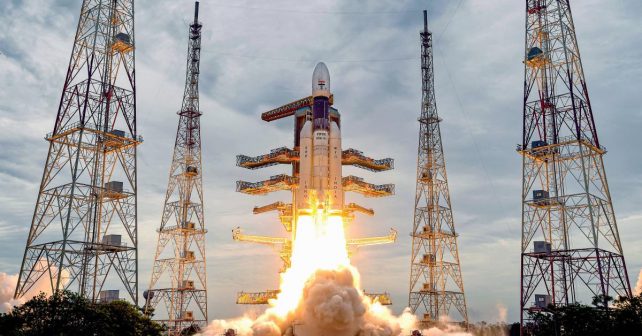 India has failed to propagate scientific literacy not only among the public, but also among scientists themselves

This 75th year of Independence is a major milestone for India; a time to take stock of the developments in various spheres over the last seven decades. Sadly, with some notable exceptions such as this newspaper, the print and electronic media have not really taken stock of what has happened to science education in this country. While politicians, writers, artists, actors and other celebrities have been given their due, science and scientists seem to have been largely ignored. The general apathy towards science, and the lack of scientific temper among the public and politicians, is a poor commentary on the Indian sensibility.

The loss of a scientific temper
Although India has made some significant scientific advances in research fields such as molecular biology, agricultural/pharmaceutical science, and solid-state chemistry, and some creditable leaps in space, nuclear science, and information technology, it has failed to propagate scientific literacy not only among the public, but also among scientists themselves. Parliament underscored our commitment to propagate scientific temper by including it as a duty in Article 51A of the Constitution through the 42nd Amendment. Article 51A says, “It shall be the duty of every citizen of India to develop the scientific temper, humanism and the spirit of inquiry and reform.”

But despite these efforts, scientific temper has continued to remain a lofty ideal and has not really percolated into society. This has left much of our national psyche a prisoner of obscurantism and paved the way for retrogressive religion-based politics at the expense of constitutionally guaranteed secular values. A solid foundation for modern science was built by scientists in the 1950s and 1960s, facilitated by the then Prime Minister Jawaharlal Nehru. So, what went wrong?

A part of the problem may lie with scientists themselves and the science academies they belong to. Scientists half-heartedly stood up for scientific causes, even when the situations demanded that they fully do so. The eminent molecular biologist, Pushpa Bhargava, in an article Scientists without a scientific temper in The Hindu on January 17, 2015, said, “…The bulk of scientists in the country, including many who were occupying high positions, were themselves not committed to scientific temper which calls for rationality, reason and lack of belief in any dogma, superstition or manifest falsehood.”

There is official backing of the theory that cow excreta has therapeutic properties despite no scientific validation of this. Official circulars quote ancient texts to support the curative properties of cow urine for ailments. Would our science academies express a critical attitude in such situations?

In 1994, Bhargava resigned from all the three academies — the Indian National Science Academy, the Indian Academy of Sciences, and the National Academy of Sciences — protesting their lack of commitment to “science-related social problems”. He also wrote in the 2015 article that India had not produced any Nobel Prize winner in science since 1930 “largely because of the lack of a scientific environment in the country, of which scientific temper would be an important component.” Like sport, which requires an athletic culture, science will flourish only if a scientific temper is generated across the country. It is the job of the science academies to chip in and inspire the country to attain greater science literacy among the public. This will perhaps better justify their existence.
Several years ago, when some Christian revivalist groups in the U.S. were fighting tooth and nail to bring Creationism into the science curriculum as an alternate theory to the scientific theory of origin of human species, the National Academy of Sciences released a statement. It concluded, “No body of beliefs that has its origin in doctrinal material rather than scientific observation, interpretation, and experimentation should be admissible as science in any science course. Incorporating the teaching of such doctrines into a science curriculum compromises the objectives of public education. Science has been greatly successful at explaining natural processes, and this has led not only to increased understanding of the universe but also to major improvements in technology and public health and welfare. The growing role that science plays in modern life requires that science, and not religion, be taught in science classes.”

Pseudoscience is everywhere, whether in denying the science of climate change or the evolution theory that explains the secret of diversity that we see around us. India is no exception in providing a fertile ground for pseudoscience to prevail. Many attempts have been made to include pseudoscience in science curricula here. Last year, a course in astrology was introduced in a national open university. There is official backing of the theory that cow excreta has therapeutic properties despite no scientific validation of this. Official circulars quote ancient texts to support the curative properties of cow urine for ailments. Would our science academies express a critical attitude in such situations? Although we made bold steps in developing an ambience of science, we faltered after the 1960s, primarily because our leadership lacked a sense of destiny. This was compounded by India’s intelligentsia, who were more interested in self-aggrandisement, and by an unimaginative rule-bound bureaucracy.

Onslaught of disinformation
“Science is a way of thinking much more than it is a body of knowledge,” wrote Carl Sagan. Simplifying the intricacies of science in a format that is best understood by the public is an art. But we also have to make our compatriots appreciate the role of science as a reasoning strategy that will help people take evidence-based decisions against the current onslaught of fake news, conspiracy theories and manufactured ‘truths’ — the downside of the information revolution. The irrationality that produces a warped world view is not a new thing, but dissemination of such material is faster and reaches millions of consumers in seconds thanks to Information Technology. We are also seeing how disinformation weakens human rights and many elements of democracy.

We are up against a whole load of cognitive biases that encourage pseudoscience. The scientists who became celebrated communicators in the western world — Carl Sagan, Stephen Hawking, Steven Weinberg, Stephen Jay Gould, Carlo Rovelli, Richard Dawkins, Neil deGrasse Tyson and Jim Al-Khalili — and our own scientists — Yash Pal, Pushpa Bhargava and Jayant Narlikar — have been hammering on one single predominant idea, which is to develop a knack for critical thinking using the time-tested and highly successful methodologies followed in science.

How do we explain this refusal of politicians and administrators to move away from their blind beliefs even while such beliefs are stacked against scientifically proven facts? How do we explain the refusal to see objective reality as well as the tendency to cling to one’s own beliefs even after receiving contradictory evidence? The less people know, the more they perceive themselves to be experts these days. This is thanks to a combination of poor self-awareness and low cognitive ability. Conversely, the more people know about something, the more uncertain they become and end up as the biblical ‘doubting Thomas’.

This 75th year of Independence should not be merely a flag-waving event, marked by self-congratulatory notes and speeches of achievements or ancient greatness. It should be seen as an opportunity for India to critically assess its successes and failures and prepare for a promising future. Science and scientific literacy have a key role in bringing home that future.
Courtesy: The Hindu