The Dravidian Model for Inclusive Growth 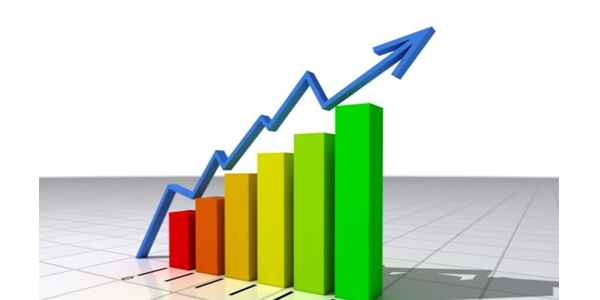 The Dravidian model of governance is a political philosophy focused on providing inclusive growth to people belonging to all walks of life, through targeted social interventions. These interventions are primarily focused on negating caste and gender based negative externalities.

In India, where historical inequality has meant that trickle-down economics (the theory states that tax breaks and benefits for corporations and the wealthy will trickle down to everyone else) does not work. Economists Abhijit Banerjee and Esther Duflo, have identified in their studies that trickle- down does not work. This is the reason why under the present Union government — which focuses on giving corporate tax cuts, reducing subsidies income inequality and caste-based cleavages have widened.

The Dravidian growth model is unique. While States such as Kerala and Himachal Pradesh have good socio-economic index, States such as Maharashtra and Gujarat have done exceptionally well in growth.

Targeted intervention has been the hallmark of Tamil Nadu since the days of the Justice Party, which in November 17, 1920, decided to offer free lunch to school children in Chennai corporation. This scheme was expanded by former Congress chief minister K. Kamaraj in 1956. Since then Dravidian parties in power have implemented welfare schemes to uplift the downtrodden.

As a part of the Dravidian model of targeted social intervention schemes, the focus is on putting money directly in the hands of the poor. A recent example would be free bus passes for women launched by the M.K. Stalin government. The free bus pass scheme has not only increased the number of women taking public transport (from 40 per cent to 61 per cent), but also led to monthly savings of about Rs. 1,000 for women.

As per Keynesian economics when you put money in the hands of the poor, there is a multiplier effect in the economy. For every Re. 1 spent the actual impact on the economy is on an average Rs 3. This, apart from propelling the economy, increases the purchasing power of women — and as per surveys, most women have been found to spend this money on better nutrition for their family. India ranks among the world’s lowest in gender parity. Labour force participation of women is 18 per cent. Tamil Nadu bucks the trend with 30 per cent labour force participation for women.

This was made possible by progressive schemes such as Rs 1,000 for girls entering college, gold for marriage for women graduates, noon meal scheme and free bicycles. Such schemes have also helped Tamil Nadu attain a graduate enrolment ratio of about 52 per cent, nearly double the national average. The Dravidian growth model is unique. While States such as Kerala and Himachal Pradesh have good socio-economic index, States such as Maharashtra and Gujarat have done exceptionally well in growth.

Tamil Nadu is the only state to achieve success in socio-economic development and industrial growth. The politics based around Dravidian model has brought a paradigm shift in societal thought which provides aspiration for the downtrodden. For example, one in four Dalit entrepreneurs in India is located in Tamil Nadu.

Though the State has the highest per capita income, it also has the lowest car ownership in the country, thanks to affordable public transport coupled with excellent road infrastructure and frequency of public transport. Such a transport system along with a strong public distribution system have ensured Tamil Nadu to have a much lower inflation rate in comparison to the rest of the country.

The reason was that Tamil Nadu through targeted interventions was able to democratise education and capital to the broader public. If India is to be a developed country within the next 25 years as envisioned by Prime Minister Narendra Modi, then the only model that can help the country attain the same is the Dravidian model of growth that provides equitable and sustainable growth for every citizen.