THE PEAK OF STUPIDITY 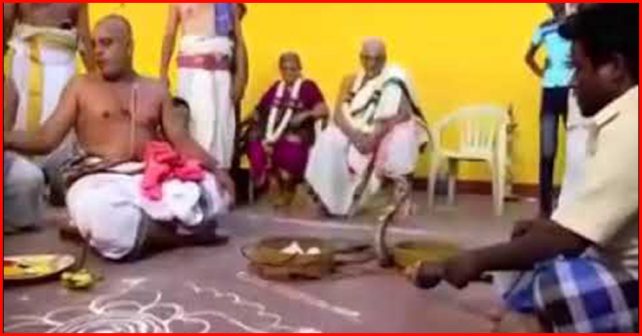 A Brahmin temple priest in Cuddalore, Tamil Nadu has been arrested for performing Nagapooja using a spectacled cobra, which is a protected species as per Wildlife Protection Act. The priest, Sundaresan was conducting the eighty first birth day celebration of his parents in the ritualistic manner, and he made the snake pooja part of it.
The episode had been videoed and posted on the social media. The video shows the aged couple seated on chairs, surrounded by relatives, all of them scared at the sight of the cobra.

Is the snake having the last laugh?