THE PERILS OF COW WORSHIP ECONOMY 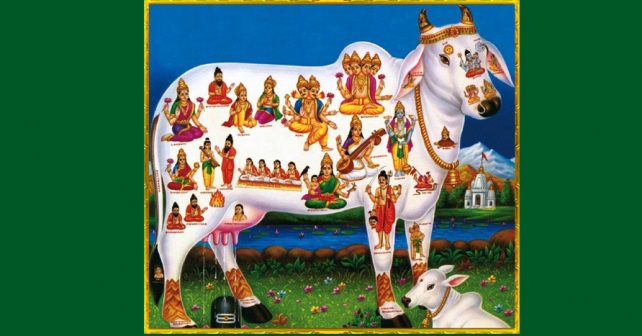 An analytical article, ‘Don’t lynch the livestock business with export bans’ published in The Times of India (19th August 2018) has painted a grim picture of Indian economic  scenario on account of the government’s unrealistic and absurd policy resulted by their Hindutva agenda. He shows how the already existing trade deficit that has aggravated to record levels is being further increased by the ban on export of live stock from all ports issued by the Shipping Ministry. This has happened when there is a high demand for live sheep and goats in the gulf countries owing to Bakrid in celebration. Exports of livestock to United Arab Emirates and Nepal have fallen recently. Strangely these exports are not banned to Nepal where export takes place by land, contrary to the countries where it takes place by sea. Concern for animal rights is being twisted into plain communal discrimination. Perhaps goat and sheep consumed by Hindus go to heaven?

Irrespective of the debate on cow slaughter, the article questions the ban of buffalo meat which has been fetching over Rs. 25,000 crore per year. If only the farmers of UP are properly guided, buffalo rearing can make UP an economic power house with triad of diary, meat and leather. It quotes experts who have estimated that a small subsidy for feeding calves can quadruple UP’s buffalo stock resulting a boom in the State’s economy.

Referring to CM Yogi Adityanath’s closing illegal abattoirs the article says that the government must simultaneously open as per the law, one abattoir in each municipality for hygienic meat supply which is a must for buffalo meat  exporters who have to observe the higher international standard imposed by the countries that import it.  One more point for the government to bestow its attention is to encourage the rearing of goats which also provide milk, meat and leather. Proper animal feed must be made available for feeding the goats with.

Animal husbandry has become a large source of income. It is therefore imperative that Modi government play a key role in doubling the farm income. Instead the government is doing exactly when it should not do by harassing the livestock and meat industries and subjecting them to needless bans, crippling the economy.