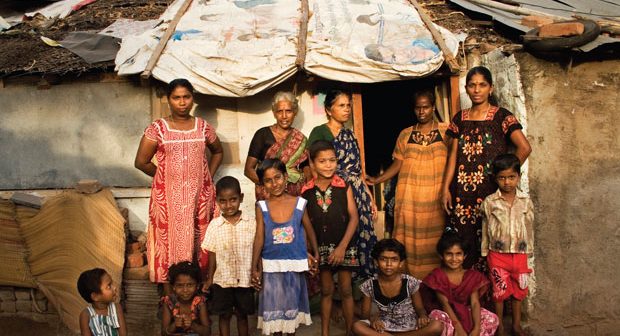 On 26th August the Chief Minister of Tamil Nadu announced a slew of measures for the Sri Lankan Tamil Refugees living in the camps of Tamil Nadu. It is a landmark in terms of refugee care. It stands out as a model of providing the refugees with not only material needs but by restoring dignity to the refugees. Since their arrival in 1983 in Tamil Nadu, the Sri Lankan Tamil Refugees have enjoyed the protection and support of the Tamil Nadu Government. The political parties in power have been vying against each other to service this population. At its peak in the late 1980’s and early 90’s there were over 140,000 refugees living in about 150 camps spread all over the state. The Tamil Nadu government was quick in creating settlements in the rural areas in various places, the unused regulated market complexes and housing complexes built for the construction workers of dams were filled up and later rural settlements were created with temporary shelters later converted them to houses.

The provision of free electricity, water and sanitation services, access to free school education, nutritional support through the public distribution system, disbursement of doles to support their living, annual or biannual distribution of clothes, utensils, sleeping mats and so on have already kept the Sri Lankan refugees in much better care than all other refugees in India. While many claim that taking care of the refugees is a matter of satisfying the sentiments of the Tamils electorate the issue has not proved to be a vote grabber other than remaining a feel good factor. The genuine emotional linguistic bond between the Tamils of Sri Lanka and the those in Tamil Nadu has taken note of the exploitation and injustices that they have to undergo because they are Tamils. This was well recognized even before the independence of India and Sri Lanka from the British. The failure of the majoritarian state to establish equal laws to treat its citizens for purely political reasons in Sri Lanka resulted in the untold sufferings of the Tamils living there. Even after thirty years of violent conflict the Tamil question in Sri Lanka is far from finding an answer. Though some effort has been taken to make amends to approach the status of the Tamils such as the amendment of the Citizenship Act in 2009 which ended statelessness of the upcountry Tamils there is a lot to be done on the ground. Without a complete and durable solution in sight the refugees continue to live in India with a deep sense of insecurity about their future. Almost all the political parties, in their election manifestos promised to work on the citizenship of the refugees. Fully knowing that it is a bridge too far to cross and it is not within the purview of the State Government to amend the law. Additionally, recently the courts also clearly mentioned that such a measure was not possible as they entered the country illegally and citizenship would not be possible.

It is in this context that the announcement of an extensive relief package for the Sri Lankan Tamil Refugees comes to enhance their current status. The package deals with improvement housing, expanding the access to education, increase in doles, accelerating livelihoods through the self-help group movements and skill development though systematic training.

These measures need to been seen in more than one way. It needs to economically integrate refugees into the mainstream. This means that they should be given access to both the formal and informal jobs. This will also reduce the dependence on the doles. Secondly, it needs to be seen as a measure to empower the refugees to seek a durable solution and prepare those who want to return home with the much-needed skills to earn a decent living in Sri Lanka.

Though the heart of the government of Tamil Nadu is in the right direction the thinking must focus on the long term solution of getting rid of the refugee tag that is embedded in every refugee. Though many attempts have been made to get rid of this stigma by calling them Sri Lankan Tamils instead of Sri Lankan refugees yet another initiative that has been proposed is the new nomenclature for the Sri Lankan Refugee camp that will be replaced by Sri Lankan Tamils Rehabilitation Centres. The politics of this is nomenclature is far reaching. A rehabilitation is a short-term place to rest, recover, recuperate and revive old strength aiming at a reintegration with the pervious place. Will this motivate people to stay longer in India without a desire to return to Sri Lanka? Will this disturb those who have decided to return home after their long sojourn in India? Will this trigger yet another flow of refugees to Tamil Nadu from Sri Lanka? Will the Sri Lankan government up its ante and indulge in yet another attempt to cleanse the Tamils from there citing that they belong to India and to India they should go!

In the case of the Sri Lankan Tamil Refugees civil legal integration remains million-dollar question that remains unanswered despite all the goodwill of the state. There is a balancing act that needs to be played to deal with the complex and dynamic context.