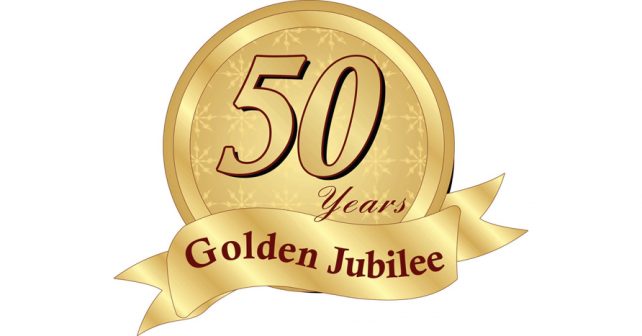 During the conference of Rationalists’ Forum held at Virudhunagar on 16th November 2019 to commemorate the inception of its Golden Jubilee, the following Resolutions were unanimously passed.

Resolved to convey hearty thanks to American Humanist Association for conferring Humanist Lifetime Achievement Award on the patron of Rationalists’ Forum Asiriyar Respectful K. Veeramani, during the conference held at Maryland, USA on September 22, 2019 and also to congratulate the Awardee K. Veeramani, on the conferment of the prestigious award.

The practice of commencing events with a song invoking God is needless, indeed.  It is RESOLVED by The Rationalists’ Forum to stress on introducing a song which would inspire people to avoid all discriminations and make them live happily, realising the value of unity, equality and universal brotherhood.

No Place for Mythologies and Epics in Curriculum

Augmenting Scientific-Sprit in society is the fundamental duty of every Indian, as per Section 51A(H) of our Constitution.  This conference therefore emphasises that in the curriculum for students, there must be no place for mythologies, fictional epics and fabricated religious tales.  It is RESOLVED to free curriculum from all these.

RESOLVED to Insist The Government of Tamil Nadu to make the study of Thirukkural prominent in the curriculum for students from the primary level upto the level of post-graduate courses and also to order the display of Thirukkural couplets in all the city and state buses in a visible manner.  It is also RESOLVED to persuade the Central Government to have Thirukkural translated in all the languages and introduce it in the curriculum for students all over the country.

RESOLVED to insist the Department of Education of the Government of Tamil Nadu on banning the evil practice of making students attend classes, with different colour bands on their wrist to indicate and reveal their caste.

RESOLVED to stress that the Government of Tamil Nadu should never permit idol worship or display of the images Gods/Goddesses in its offices, since it is against the principle of Secularism.

Resolved to insist the State and Central Governments on issuing circulars to the authorities concerned to demolish all the temples on pavements and on the land owned by the Government, at the earliest, in accordance with the verdict of the Supreme Court, ordering removal of all such encroachments of road-side temples.

RESOLVED to insist the Central Government on abolishing the NEET-EXAM which involves numerous deficiencies in all respects.  It does not suit a sub-continent such as India which is a heterogeneous country.  It deprives our state of the right to education.  Coaching centres mint money after every NEET Test.  Impersonation of candidates is another evil.  The New Education policy is against Social Justice.  It is resolved to urge the State Government to hold a special winter session in the Assembly, to pass again a Bill and compel the Central Government to scrap NEET.  This Conference RESOLVES to fight for this vigorously.

Since Reservations are based on community and education, as stated clearly in our Constitution, economic yardstick for reservations in any form is unacceptable.  It would defeat the very purpose of social justice.  This is stressed by this conference.  It is RESOLVED to insist the Central Government upon giving up the economic criterion for determining Reservations.

Reservations Required Even in Private Sector

RESOLVED to urge the Central Government to provide Reservations in all the departments, without exemptions and to stress that priority must without fail be given for Reservations even in private-sector establishments.

RESOLVED to insist the Central Government on bringing back the affairs of education on the State List and empower it with freedom of execution.  It is also resolved to urge the Government of Tamil Nadu to pass a resolution in this regard at the Assembly of Tamil Nadu.

Legalising 33 per cent  Reservation for Women

RESOLVED to insist the Central Government on passing a Bill and proclaiming without anymore delay, in Assemblies and the Parliament, the law for 33 per cent Reservations for women in our country.

Justice for the Underprivileged

RESOLVED to stress the Government of Tamil Nadu that the funds, allotted by the Central Government for the Welfare of the Scheduled Caste people, must not be diverted, for any other purpose or department but utilised by it at any cost.

RESOLVED to insist the Government of Tamil Nadu on paying attention to the badly maintained hostels meant for the students of Scheduled Castes and Backward classes.  It is resolved to urge the State Government to undertake repairs of the hostel-buildings, to provide such students with good food and to improve the condition of hostels for the comforts of those students.  This conference also appeals to the State Government to construct adequate number of hostels for Women Students hailing from the underprivileged families.

The Pretext of ‘Yoga’

Religious rituals are being allowed to creep under the pretext of Yoga classes for students.  Training for students in Yoga should not open the doors for religious fanaticism.  It is hereby RESOLVED to emphasise this firmly and prevent such unfair practices.

The Need for Adequate Importance to Sports

RESOLVED to make sports activities in schools get greater importance in all schools.  Marks obtained by students through rote-learning are considered  the yardstick to measure their competence.  This unhealthy system in the field of education must be totally abolished.  The entire system of education should be revamped and revised suitably.  Physical education should play a vital role in schools.  It is RESOLVED to bring about this reformation in the system of School-education.

Through this conference all the parents, guardians and relatives of young children are requested to prevent them from getting addicted to mobile phones, smart phones and other devices.  Parental negligence would ruin the children of the present generations.  They must not be enslaved by technology.  Blind faith in God, belief in religions and superstitions would adversely affect young minds.  Parents should carefully prevent venomous influences.

This conference humbly advises all the elders to prevent young children from consuming junk-food and stale food packed in attractive containers.  Children should stay away from extravagant and ostentatious life-style.  This should be the major responsibility of all the parents.  It is RESOLVED to urge all the elders to prevent erosion of culture which is undeniably alarming.  This conference emphasises that parental negligence is unpardonable.

Name our Children in Tamil

RESOLVED to pressurise the people of Tamil Nadu to give their new-born kids Tamil names with the first letter of the father’s and mother’s name as initials.

No need for Separate Crematoria

RESOLVED to prevent discrimination in allotment of separate crematorium or burial ground for the people of different castes.  They must be common for all.  Electric-crematoria should be provided in all prominent places.  Through this conference we insist the Government of Tamil Nadu to implement this at the earliest.

The cases of arrogant killings are on the rise.  Young men and women who choose their life-partners hailing from other castes must be given protection by exclusive provisions in the Police Department.  The brutal killings of such couples must stop.  It is RESOLVED to urge the Central Government to make necessary amendments in law and ensure that the children born to such parents of intercaste marriages get certain percentage of reservation in education and employment.  It is RESOLVED to pressurize the Central Government to assure all reasonable privileges to men and women who discard the evil called CASTE.

RESOLVED to declare that re-exam for candidates who have passed the Teachers’ Training exams, is unwarranted.  Compelling the law-graduates and candidates who study medicine at medical colleges abroad to reappear at exams is an undesirable compulsion.

Entrance tests for overseas medical college students and entrance tests for students seeking admission in Arts and Science colleges is undeniably an act of suppressing the youngsters of first generation, students living in rural areas and the children of down-trodden families.

This conference requests the State and the Central Government to give up these unwarranted hurdles to the student community.  Such unnecessary re-exams and multiple eligibility tests would certainly be detrimental to the younger generation and impede their advancement in life.  Hence it is hereby RESOLVED to fight against all such unfair compulsions.