The return of upper-caste politics 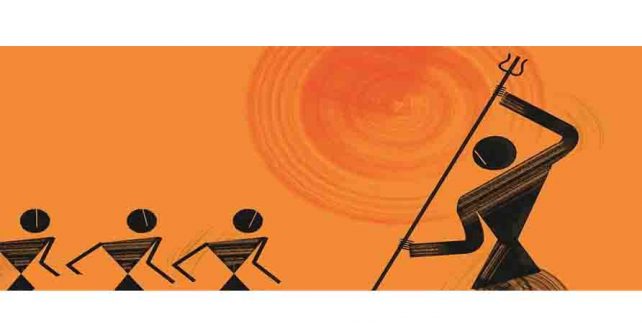 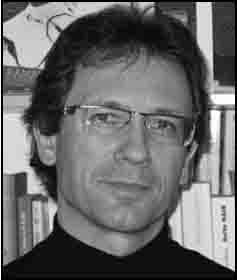 Hindu nationalism is generally defined as an ethno-religious movement. But it may have as much to do with social factors as with identity markers, as its last phase of expansion has been primarily a reaction to Mandal. Soon after the then prime minister,

V P Singh, announced the implementation of the Mandal Commission report, Organiser wrote of “an urgent need to build up moral and spiritual forces to counter any fallout from an expected Shudra revolution”. And when Mandal II happened, the same newspaper argued that the “Congress-led-UPA government at the Centre is bent upon destroying the last bastion of merit…”. After the BJP was defeated in 2004, and again in 2009, it became urgent to hone a strategy that would enable it to come to power and prevent the deepening of policies that went against its Hindu nationalist ideology and the interests of its base.

The brand of national-populism that Narendra Modi had initiated in Gujarat was the perfect alternative. It could transcend caste barriers in the name of an existential defence of Hindus against threatening Others (by resorting to polarisation techniques) and attract OBCs and even Dalits, not only because of the polarisation but also because of the plebeianisation of the BJP, which used to be identified with the upper castes until then. Modi himself came from a backward caste, had developed the chaiwala narrative and pretended that he had been victimised by the English-speaking establishment of Delhi — a feeling many OBCs shared. After all, many of them had started to emancipate themselves after Mandal, but they had not succeeded in joining the middle class. Modi could exploit their frustration — all the more so as he promised to apply the “Gujarat model” for creating jobs.

While the BJP already had the support of the urban, upper-caste middle class, Modi brought to the party the OBC plus vote. The percentage of OBCs who supported the party jumped from 22 per cent in 2009 to 34 per cent in 2014 and 44 per cent in 2019. These figures explain the rise to power of Modi’s BJP, and, correlatively — but paradoxically — the comeback of upper-caste politicians. In the Hindi belt, 45 per cent of the BJP MPs were upper caste in 2014 and 2019. This over-representation of the upper castes was reflected in the BJP’s ticket distribution. If one removes SC and ST candidates from the picture, 62 per cent of all general category MP candidates of the BJP in the Hindi belt were upper castes as against 37 per cent for all other parties’ combined. In the government that Modi formed in 2019, 47 per cent of the 55 ministers were from the upper castes, 13 per cent from the dominant castes (including Jats, Patels and Reddys), 20 per cent were OBCs, 11 per cent were SCs and 7 per cent from the STs (plus one Muslim and one Sikh).

Parallelly, the Modi government has transformed the reservation system. First, the erosion of the public sector has resulted in a steady decrease in the number of jobs reserved for SCs. At the same time, the number of civil service candidates shortlisted by the Union Public Service Commission (UPSC) dropped by almost 40 per cent between 2014 and 2018, from 1,236 to 759. Second, the creation of a lateral entry in the Indian administration has diluted the quota system. Third, the introduction of a 10 per cent quota in 2019 for the economically weaker sections (EWS) has altered the standard definition of backwardness and de facto reserved such a quota to upper castes who were not that weak. (By setting an income limit of Rs 8,00,000 per annum to qualify under EWS, the government has made over 95 per cent of the upper castes eligible for this quota).

Besides, BJP leaders have started to eulogise the moral superiority of the upper caste in public. For instance, the Speaker of the Lok Sabha, BJP leader from Rajasthan Om Birla, declared: “Brahmin community always works towards guiding all other communities… hence, Brahmins are held in high regard in society by the virtue of their birth.” BJP leaders have also displayed caste-based observances that reflected their belief in the notion of impurity. After Yogi Adityanath was elected Chief Minister of Uttar Pradesh, Hindu priests made elaborate arrangements for purifying rituals at the sprawling chief minister’s bungalow that had been previously occupied by Akhilesh Yadav, Mayawati and Mulayam Singh Yadav.

The Sangh Parivar attempted also to enforce the value system of the Hindu upper castes. While vigilante campaigns launched against “love jihad” targeted Muslims, lower castes have been collateral casualties. This is not new. Twenty years ago, when Babu Bajrangi, the Ahmedabad-based Bajrang Dal leader, “rescued” Patel girls who had eloped with Muslim or Dalit men, he made sure they would marry within their caste. Incidentally, Adityanath declared in 2014: “Muslims who want to become Hindus will be purified and we will form a new caste for them” — a clear illustration of the role of caste as a building block of society.

Similarly, “gau rakshaks” also attacked Dalits who did leather work. In 2016, in Una (Gujarat again), Dalit leather workers were accused of cow slaughter and beaten up by Hindu vigilantes while they were skinning a carcass. Vigilante groups played a similar role vis-à-vis the conversion of Hindu Dalits to another religion. The ghar wapasi movement also affected them. In 2018, for instance, Bajrang Dal activists in UP reportedly reconverted a young Dalit who had become a Muslim.

If vigilantes were doing it before, what is new is the passing of laws against conversion or the regulation of slaughterhouses. Once again, Dalits are at the receiving end. In Gujarat, those who want to convert to Buddhism need to get permission from the District Magistrate since 2003. Whether the same problem will result from the anti “love-jihad” ordinance in UP remains to be seen. But the inclinations of the state find expression not only in laws and ordinances but even in the conduct of the police. This evolution is well illustrated by the way Dalits have been singled out in the state’s action against so-called “urban Naxals”. While searching the houses of one of the accused in the Bhima-Koregaon case, the police reportedly asked, “Why are there photos of Phule and Ambedkar in your house, but no photos of gods?’’ And to the accused’s daughter, they said: “Your husband is a Dalit, so he does not follow any tradition. But you are a Brahmin, so why are you not wearing any jewellery or sindoor? Why are you not dressed like a traditional wife?”.

The BJP’s rise to power may, therefore, result, not only in a post-Mandal counter-revolution that has enabled upper-caste politics and policies to stage a comeback but also in the promotion of some upper-caste orthopraxy and ethos via state vigilantism. The new dispensation exemplifies a style of control that is as much based on political power as on the enforcement of social order, something very much in tune with the RSS’s tradition.