THE TESTIMONY OF OTHER SHASTRAS ON THE ORIGIN OF THE VEDAS 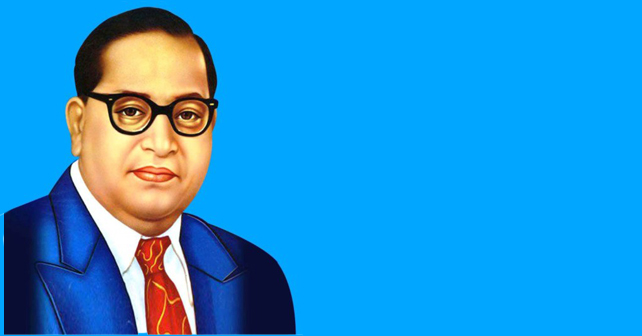 Bewildering multiplicity of answers to a simple question is a riddle

“From time the Rig verses sprang; the Yajus sprang from Time.” There are also two other views propounded in the Atharva – Veda on this subject. the first of these is not very intelligent and may be given in its own language which runs as follows(Atharva – Veda X 7.14 quoted in Muir.S I. III p.3) :

“Declare who that Skamba (supporting principle) is in whom the primeval rishis, the rick, saman and yajush, the earth and the one rishi are sustained….,

“Declare who is that Skamba from whom they cut off the rick verses, from whom they scrapped off the yajush, of whom the saman verses are the hairs and the verses of Atharvan and Angiras the mouth.”

Obviously this statement is a challenge to some one who had proclaimed that the Rig, Sama and Yajur Veda were born out of a Skamba
The second explanation given in the Atharva – Veda is that the Vedas sprang from Indra(Muir S. T. III p.4).

This is all that the Vedas have to say about their own origin. Next in order of the Vedas come the Brahmanas. We must therefore inquire into what they have to say on this subject. The only Brahmanas which attempt to explain the origin of the Vedas are the Satapatha Brahmana, the Taitteriya Brahmana, Aitereya Brahamana and Kaushitaki Brahmana.

The Satapatha Brahmana has a variety of explanations. One attributes the origin of the Vedas to Prajapatil. According to it:

“Prajapati, was formerly this universe (i.e., the sole existence) one only. He desired, ‘may I become, may I be propagated’. He toiled in devotion, he performed austerity.

“From him, when he had so toiled and performed austerity, three worlds were created earth, air and sky. He infused warmth into these three worlds. From them, thus heated, three lights were produced, Agni (fire), this which purifies i.e., Pavana or Vayu, (the wind), and Surya (the Sun). He infused heat into these three lights. From them so heated the three Vedas were produced, the Rig – Veda from Agni (fire), the Yajur – Veda from Vayu (Wind) and the Sama – Veda from Surya (the Sun). He infused warmth into these three Vedas. From them so heated three luminous essences were produced, bhuhm, from the Rig – Veds, bhuvah from the Yajur – Veda, and svar from the Sama – veda. Hence, with the Rig – Veda, the office of the advaryu; with the Sama – Veda, the duty of the udagatri; while the function of the brahaman arose through the luminous essence of the triple science (i.e., the three Vedas combined).”

There is a third explanation given in the Satapatha Brhmana:
“I settle thee in the ocean as they seat.”

“Mind is the ocean. From the mind-ocean with speech for a shovel the Gods dug out the triple Vedic science. Hence this verse has been uttered; ‘May the brilliant deity today know where they placed that offering which the Gods dug out with sharp shovels. Mind is the ocean; speech is the sharp shovel; the triple Vedic Science is the offering. In reference to this the verse has been uttered. He settles it in Mind.”

The Taitteriya – Brahmana has three explanations to offer. It speaks of the Vedas as being derived from Prajapati. It also says Prajapati created king Soma and after him the three Vedas were created. This Brahmana has another explanation quite unconnected with Prajapati. According to it :

“Vach (speech) is an imperishable thing, and the first – born of the ceremonial, the mother of the Vedas, and the centre-point of immortality. Delighting in us, she came to the sacrifice. May the protecting goddess be ready to listen to my invocation, she whom the wise rishis, the composers of hymns, the Gods sought by austere-fervour, and by laborious devotion.”

To crown all this the Taitteriya Brahmana offers a third explanation. It says that the Vedas came from the beard of Prajapati.

The Upanishads have also attempted to explain the origin of the Vedas.

The explanation offered by the Chhandogya Upanishad is the same as that given by the Satapatha Brahmana namely that the Rig-Veda originated from Agni. Yajus from Vayu and Sam from the Sun.

The Brahad Araqnyaka Upanishad has two explanations to offer. In one place, it says,
“As from a fire made of moist wood, various modifications of smoke proceed, so is the breathing of this great Being the Rig-Veda, the Yajur-Veda, tha Sama – Veda, the Atharvangirases, the Itihasas, Puranas, science, the Upanishads, verses (slokas), aphorisms, comments of different kinds all these are his breathings.”

In another place it says ;

“Prajapati (identified with Death or the Devourer) is said to have produced Vach (speech), and through her, together with soul, to have created all things, including the Vedas.”

“By that speech and that soul he created all things whatsoever, rick, yajush, and saman texts, metres, sacrifices, creatures and animals.”

“The three Vedas are (identifiable with) these three things (speech, mind and breath). Speech is the Rig-Veda, mind the Yajur – Veda and breath the Sama – Veda.”

Coming to the Smritis, there are two theories as to the origin of the Vedas to be found in the Manu Smriti. In one place it is said that the Vedas were created by Brahma.

“He (Brahma) in the beginning fashioned from the words of the Veda the several names, functions, and separate conditions of all (creatures). That Lord also created the subtle host of active and living deities, and of Sadhyas, and eternal sacrifice. And in order to the performance of sacrifice, he drew forth from Agni, from Vayu and from Surya, the triple eternal Veda, distinguished as Rick, Yajush and Saman.”

In another place, he seems to accept the story of Prajapati being the originator of the Vedas as would be evident from the following:

It is also interesting to note what the Puranas have to say about the origin of the Vedas. The Vishnu Purana says:

“Once the Vedas sprang from the four-faced creator, as he was meditating ‘how shall I create the aggregate worlds as before?… He formed from his eastern and other mouths the Vedas called rick, yajush, saman, and atharvan, together with praise, sacrifice, hymns and expiation.” [There appears to be some quotations missing as there is no link between these two paragraphs.]

“Entering between her eyes. From her there was then produced a quadruple being in the form of a Male, lustrous as Brahma, undefined, eternal, undecaying, devoid of bodily senses or qualities, distinguished by the attribute of brilliancy, pure as the rays of the moon, radiant and embodied in letters. The God fashioned the Rig – Veda, with the Yajush from his eyes, the Sama – Veda from the tip of his tongue, and the Atharvan from his head. These Vedas as soon as they are born, find a body (kshetra). Hence they obtain their character of  Vedas, because they find (vindanti) that abode. these Vedas then create the pre-existent eternal Brahma (sacred science), a Male of celestial form, with their own mind – born qualities.” It also accepts Prajapati as the origin. It says that when the supreme being ws intent on creating the Universe, Hiranyagarvha, or Prajapati, issued from his mouth the sound ‘Om’, and was desired to divide himself a process which he was in great doubt how he should effect the Harivamsa proceeds:

“While he was thus reflecting, the sound ‘om’ issued from him, and resounded through the earth, air and sky. While the God of Gods was again repeating this, the essence of mind, the vashatkara proceeded from his heart. Next, the sacred and transcendent vyahritis, (bhuh, bhuvah svar), formed of the great smriti, in the form of sound, were produced from earth, air, and sky. Then appeared the goddess, the most excellent of meters, with twenty-four syllables (the gayatri). Reflecting on the divine text (beginning with) ‘tat’, the Lord formed the Savitri. He then produced all the Vedas, the Rick, Saman, Atharvan and Yajush with their prayers and rites.”

Here we have eleven different explanations regarding the origin of the Vedas (I) as originating from the mystical sacrifice of Purusha. (2) as resting on Skambha, (3) as cut or scraped off from him, as being his hair and his mouth, (4) as springing from Indra, (5) as produced from Time, (6) as produced from Agni, Vayu and Surya, (7) as springing from Prajapati, and the Waters, (8) as being the breath of Brahma (9) as being dug by the Gods out of mind ocean, (10) as being the hair of Prajapati’s beard and (11) as being the offspring of  Vach.

This bewildering multiplicity of answers to a simple question is a riddle. The writers who have come forward to furnish these answers are all Brahmins. They belong to the same Vaidik school of thought. They alone were the guardians of the ancient religious lore. Why should they have given such incoherent and chaotic answers to a very simple question?
Source : ‘Riddles in Hinduism’ – Dr.Babasaheb Ambedkar Writings and Speeches – Vol 4. published by the Government of Maharashtra, 1987.