This Hindi and Hindi alone – counsel is flawed 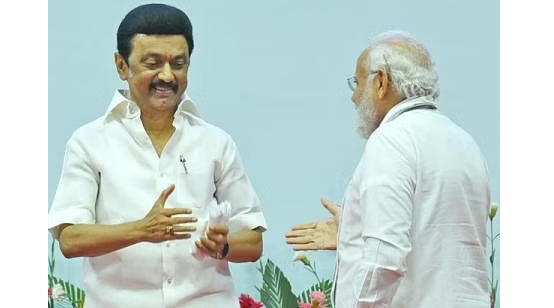 Imposition of Hindi is divisive in character; detrimental to integrity of India:
Stalin writes to Modi

The 11th volume of the Report of the Official Language Committee submitted to the President of India on September 9, 2022, did not seem to evoke much interest in the media. Except the Chief Ministers of Tamil Nadu and Kerala, no other political leader reacted to the recommendations made.

A special status
The main recommendations, as reported in a section of the print media, are that Hindi should replace English as the language of examinations for recruitment to the government; Hindi should be the only medium of instruction in Kendriya Vidyalayas, Indian Institutes of Technology (IITs), Indian Institutes of Management (IIMs) and central universities; it should be constitutionally binding on State governments to propagate Hindi, etc. The official language committee is a statutory committee constituted under Section 4 in the Official Language Act, 1963. Its duty is to review the progress made in the use of Hindi for the official purposes of the Union and submit a report to the President. The Act makes it obligatory for the President to issue directions “in accordance with the whole or any part of the report” (Section 4(4)). It can thus be seen that the committee’s recommendations are required to be acted upon. 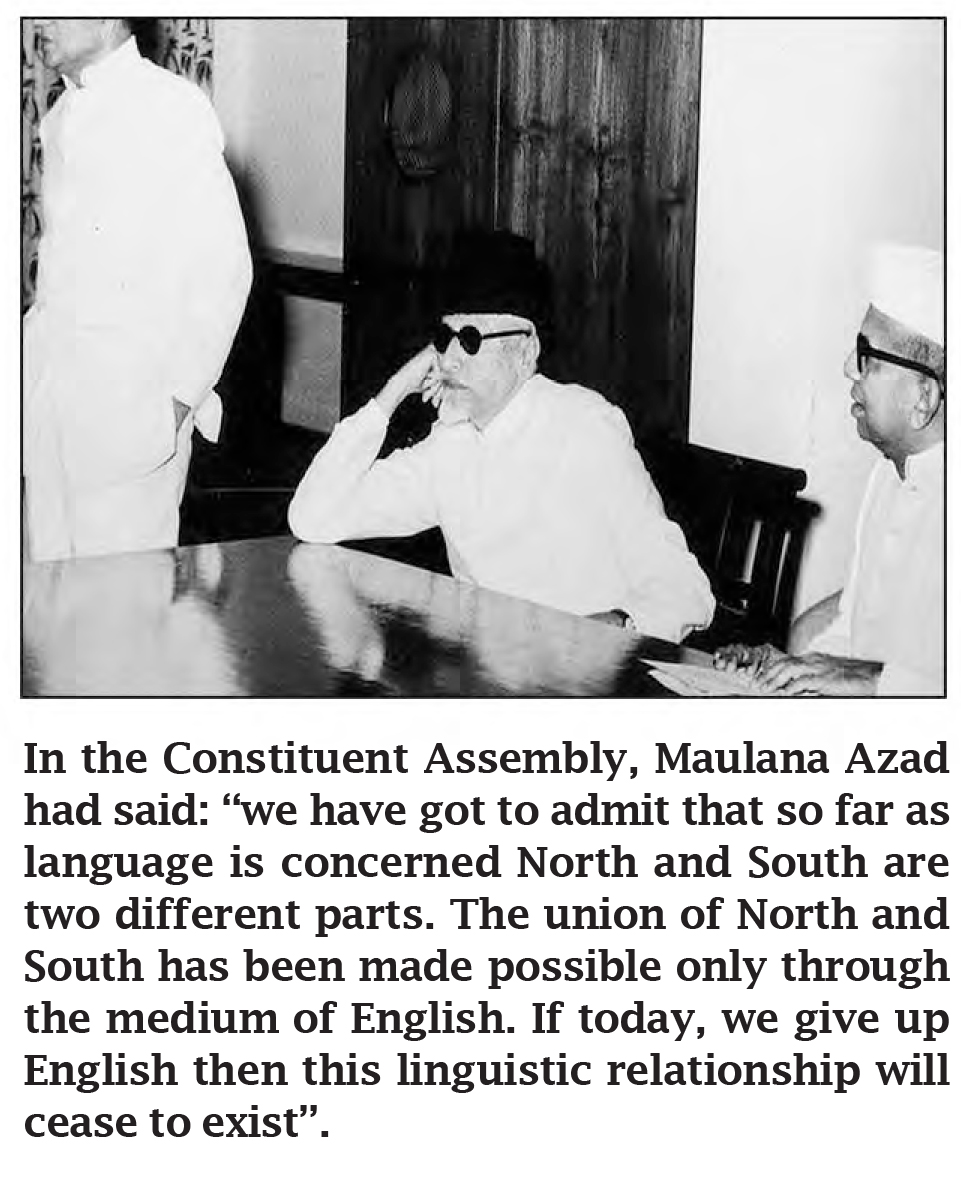 Fallout in non-Hindi States
India has seen great emotional upsurge, violent protests and immolations etc. in the country’s southern parts in the 1960s as a result of an attempt by the then Union government to exclude English and replace it with Hindi. So, Parliament had to provide for the continuance of English also to assuage troubled feelings in the southern region. The provision allowing English to be used indefinitely helped douse the flames. It does not require any great research to understand that the language issue has the potential to emotionally divide people. It is not a question of the willingness or the unwillingness of people of a region to learn Hindi. The issues are more complex. An example: Once Hindi replaces English, the language used in the examination for recruitment to the all India services will be Hindi alone.

Therefore, candidates from the non-Hindi States, the south in particular, will face a great disadvantage when compared to those whose mother tongue is Hindi. The result would be a gradual elimination of candidates from the non-Hindi region from the all India services. The Constitution makers anticipated this problem, which is why the Constitution provides in Article 344(3) that the commission on official language shall have “due regard to the just claims and interests of persons belonging to the non-Hindi speaking areas in regard to public services”.

India has two major groups of languages — the Indo-European language group and the Dravidian language group. Hindi belongs to the former and Tamil (more ancient than Sanskrit) belongs to the latter. All the prominent languages in the Dravidian group, i.e., Tamil, Telugu, Malayalam and Kannada, have rich literature. However, it was English which brought the northern and southern regions together. In the Constituent Assembly, Maulana Azad had said: “we have got to admit that so far as language is concerned North and South are two different parts. The union of North and South has been made possible only through the medium of English. If today, we give up English then this linguistic relationship will cease to exist”.

The idea of one official language for the Union is a product of the freedom struggle which promoted Hindustani, a mixture of Hindi and Urdu. Later, when the Constitution was framed, the idea of Hindustani was given up and Hindi in the Devanagari script was adopted as the sole official language. In a country where there are two major language groups, the idea of one official language may not go far in fostering the unity of the people. It may, in the long run, give rise to serious imbalances in regional representation in the all India services as well as the personnel structure of the Union government.

A changing world requires English use
Further, since the southern States cannot decide who will rule from Delhi and influence the decision making of the Union, it is all the more necessary to address the concerns of the people of this region on account of language. Hindi is a simple and elegant language which has been given its rightful place as the official language of the Union. While doing so the Constitution makers took care to see to it that English continues to be used as an official language along with Hindi. They left it to Parliament to decide the future of English which decided, through a legislative measure, to continue with English indefinitely. The mood of the Constituent Assembly was in large measure influenced by the freedom struggle, the nationalistic fervour it generated and, above all, Gandhiji’s strong advocacy of a national language for the country. That mood slowly changed over the years as India began interacting with the world. So, by the 1960s, the political class realised that English was crucial in acquiring knowledge in science and technology as well as in other fields of human activity. Therefore, Parliament decided to continue with English.