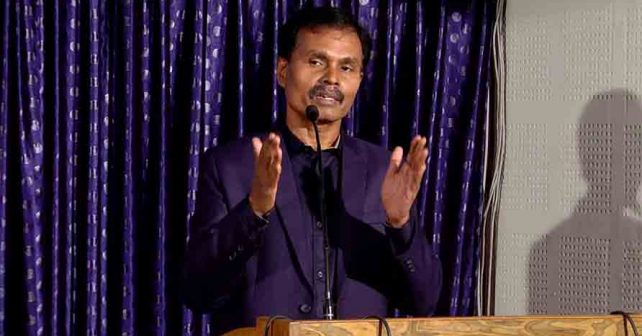 Modern consumerism as inculcated by the patronage of the triangulated collusion between agencies like the World Trade Organisation, nation-state and neoliberal market forces has become a great cause of concern in the function of education. It largely has disregarded the ‘free-will’ of both the individuals and society which are the subjects in any educational endeavours. It has shifted the focus of education from people to market and from knowledge to material. It took education as a mechanism to dispose individuals in the market eco system by grooming them as job seekers or entrepreneurs as opposed to the widest spectrum of education as discussed above. The individuals need not require disposal as they are not commodities to dispose. As a result, new forms of educational outcomes like ‘employability’ was invented in the higher education sector, which grossly have violated the concept of education. Because the learners are narrowly groomed with a set of skills desired by the markets, which is not education. Policies of the past and present have emphasized the same and suggested several recommendations to both achieve the requirements of the market and diffuse the individuals in the market. Several recommendations for improving employability and vocationalisation are different forms of market orientation of education. Beyond this, descent based vocationalisation is another form of discrimination inculcated by these policies. No doubt that the human capital should be continually groomed per the needs of the industry and society, but education should be blind in that grooming and should not be selective and descent based.

While disruptions like the Indian socio economic conditions, modern consumerism and neoliberal markets have had a great influence so far in the human reasoning and knowledge creation, major technological interventions like Artificial Intelligence, Deep Learning, Machine Learning, Cyber Physical system and Quantum Computing, on their part, have already paved a way to disrupt the human intelligence and knowledge propagation in favour of some vested forces. It would further make education undemocratic which has been already undemocratic in impating, handling and/or producing knowledge. As education has a greater role to cultivate the positive role of these disruptive technologies, while simultaneously deterring the negative disruptions, these technologies might bring in knowledge evolution and socio economic transformation. Recent Indian policies have never foreseen this dimension but knowingly or unknowingly kept silent on this. Especially, laws of modern physics and quantum mechanics have started yielding technologies like quantum computing, quantum teleportation and quantum information channel which are expected to interfere largely into human intelligence, which might in turn result in a pattern change in the life style and societal discourse. Metaphysical expositions and their spiritual implications have been largely nullified and science has started answering almost all questions which were thought beyond human intelligence. Therefore, the matter of ethics and value are no longer to be discerned within the ambit of spirituality and religion but can be traced within the known science and human consciousness. This is what education should facilitate; it should be made to operate within the known horizon of science and human consciousness, it shall not go beyond this. The policy initiatives shall reflect this if it is to really alleviate millennia old social and economic problems facing the Indian society and make the human potential and human capital synchronized in the twenty first century and beyond.

The foregoing discussions espoused some of the major themes and philosophies upon which the education policy of Tamil Nadu shall be built so that it will make education constructive, productive and reflective of the society. It seeks, in a larger context, a multitude of interventions in and solutions for various aspects of education. Tamil Nadu, as a notional-nation, representing its unique recognisable society, needs an exclusive education policy considering the demand for new knowledge and skills caused by both the current and future state of affairs of the society and its social order, social transformation, economic order, technological disruptions, environmental changes and new economic activities that are expected to shape the twenty first century and beyond.