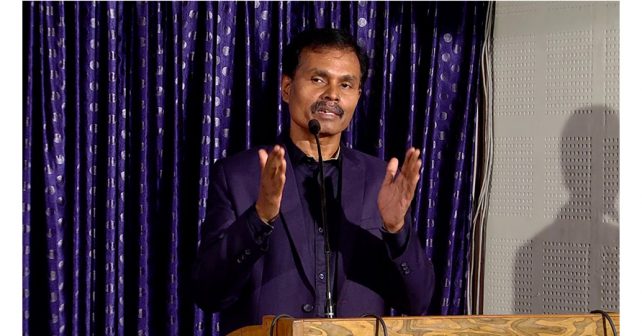 Education has recently become a focal matter on which all major stakeholders intend to exercise their possession with ultimate motive of satisfying their narrowly defined purposes and self centered interests. Governments may have extraordinary powers, market forces may have monetary powers, and nobility (in Indian context, it is to be seen together with the specially cultivated segments of the social order) may have its social authority respectively to satiate their exclusive interests and demands. But ‘education’, in its purest form, will preclude these forces from cherishing their perverted status quo. Once educated through the purest form of education, the society evolves with its collective conscience through collective reasoning without any influence whatsoever by the aforesaid forces. Therefore, it is not surprising that these forces always aspire to grapple with ‘education policy’ in their own favor, as policies often constitute rules, principles, regulations, directions, standards, measures, values, beliefs, and laws as well that govern the operation of the phenomenon of education. Consequently, these constituent factors of the policy would be framed in such a manner that the interests of these forces become central. In contrast, if those factors are addressed to ensure the fundamental elements and ethos of the purest form of education, then the society and its constituent units- to which all the above forces are subsets – for which education has been around since human evolution will be educated without any deviations from the philosophy of education. Had this been achieved by the past policies so far in the independent India or not? Evidences, as quoted in the series of policies ever since the first such a policy formulated in the year 1949 by Late Honourable Dr. Radhakrishnan till the recent one – the National Education Policy 2020 – all proved that the policies have not yielded any constructive development in education, except some incremental growth.

Riddles of Indian Education Policies and their Flaws

Higher Education Commission, known as Dr Radhakrishnan Commission (1949), had prescribed the structure of university education, subject disciplines and examination reforms, and addressed issues including access to education by all walks of life irrespective of caste and creed, reconstruction of education system in tune to the vision of the Indian Constitution, culture, religion and Indian values, equality in opportunity and social justice. Secondary Education Commission, known as Mudaliar Commission (1952), addressed a uniform curricular framework, three language formula, vocational studies, examination reform, and teaching methods. Indian Education Commission (1964-66), known as Kothari Commission, was infact, examining ever first all aspects and sectors of education, and recommended a four-fold tasks of reforms: increase productivity, achieve social and national integration, accelerate the pace of modernization, and to strive to build character by cultivating social, moral and spiritual value. Some specific measures included; common school system, vocationalisation, work experience, three language formula, equivalisation of educational opportunities, educational structure, curricular development, teaching methods, quality text books, teachers affairs, school complexes, evaluation system, adult education, and distance education. Based on the recommendation of this commission, the National Policy on Education (1968) was formulated by the Government of India, which, iter alia, suggested the provision of compulsory education to children upto the age of 14 years and 6 percent of national income be spent on education. Further, after a period of two decades, the National Policy on Education (1986) was formulated. The policy was revised a couple of times further during 1992, and it resulted in Progamme of Action 1992, which included measures for achieving the goal of education for equality, common school system, teacher appointments, computer education, educational progress of the scheduled castes and the scheduled tribes, the backward classes and women. Finally, 2020 saw the National Education Policy 2020, which is nothing but a manifestation of Indian jingoism, so called Indian pride and saffronisation of education. The nation state is placed at the centre of the policy as a wholesale authority on defining and regulating education with iron hand without any concern whatsoever for the society or constituent states – which precisely is the replica of the ‘nationalistic education’ of Hitler’s ‘nazism’ and Mussolini’s ‘fascisim’. Both nazism and fascism share common cultural and racial values, so do both nazism and ‘hindutva’. Sillogically, thus, hindutva and fascism are one and the same. Hindutva, therefore, is the driving philosophy of the National Education Policy 2020. Minus the hindutva, this latest policy is no different from the earlier policies; as it fosters the same seventy years focuses like centralized uniform education, three language formula, equality in access, increasing enrolement and so on. It is fateful to see the country that taught the world humanity, philosophy, medicine and science until two thousand years ago still struggles to achieve equality in access to education and enrolement in the independent India despite its seventy years of policy initiatives. At a time when the country is expected to talk about quality education for all, its policies show that it still struggles to satisfy the educational demands of the era of independence.

It could be noticed that in the last 70 years of policy making by a series of governments, what has been achieved was a minuscule of what had to be achieved. What was recommended as policies was simply irrelevant to the country and society but educational anathema. Yes, compared to the state of affairs of education in1949, vital parameters like literacy rate, number of schools, colleges and universities, gross enrolement ratio in schooling and higher education, and access (but not equal access) to education all have shown upward trend until recently. This was what the series of policies so far envisaged and thus partially achieved, indifferently and discriminatively though; thanks to the policies and governance. Much more are pending though, the question however is – has ‘education’, per se, achieved its desirable goals and objectives as a product of these policies? Not, should be the logical answer, as the intended outcome of a pure education should have helped evolve a just society, which is democratic, civilized, conscious, and whose units are socially, economically and politically equal. Knowledge productivity, innovation, and thus, as a result, level headed economic productivity among the people and various social groups irrespective of castes, creed, and gender should be the visible sign of any educational policy initiatives in any country. Six major policy initiatives, in the past 70 years independent India, did not achieve anything significant, except some marginal improvements in educational inputs as mentioned above. For instance, recently, India’s performance on some of the vital human resource and intellectual outcome parameters is very poor compared to the other small players. It’s rank in the Human Development Index is 131, 117 in Social Progressive Index, 40 in Intellectual Property Index, 48 in Innovation Index, and far less in citation index than our neighbor, China. It stood in 72 rank in the PISA (Programme for International Student Assessment) rating when it participated last in 2009. These are the key parameters India is supposed to have performed better had its education system worked better. The fact is that most of the policies have borne repeatedly more or less similar recommendations and notions – like equality in educational access, common education system, uniform education system, development of educational infrastructure, three language formula, centralized (nationalized) curricula, and nationalized regulation. But they never bother to realize the true philosophy of education in their themes or recommendations and neither made any attempt to tweak education to resolve or reconciliate the long pending problems peculiar to India like hierarchically graded unequal society, suppressions, socially induced economic status (poverty), social violence, human rights, intolerance, social hegemony, raising barbarism, and depleting scientific values in the societal growth. None of the aforesaid policies have addressed the basic tenets of education to address these unique Indian born features that are considered as the root causes of low intellectual, scientific and economic productivity. In contrast, the first Education Commission of India (Dr. Radhakrishnan Commission), which laid out the basic tone of education for India, had utterly failed to conceive in it the Indian conditions and context. Even during its time, the Commission was criticized as vague in its recommendations, especially the ones pertaining to culture, religion and society. It suggested to Indianise the ‘un-Indian character of education’ – as it thought it was made un-Indian by the British – with Indian tradition, culture, religions, and values, but failed to define the character. The succeeding series of Commissions and Policy Committees never bothered to define it either, but the recent policy – National Education Policy 2020 – took the bold move to define it as ‘hindutva’ – the synonym of the so called Indian nationalism, Indian tradition, Indian culture, Indian pride, Indian centric, and Indian philosophy. Now, one could easily understand that right from Dr. Radhakrishnan Commission to a series of further commissions and committees have only fueled to the culminating hindutva policy of 2020. In fact, to regretfully quote what Dr. Radhakrishnan Commission has to say on the role of education with respect to the social order is that “our educational system must find its guiding principle in the aims of the social order for which it prepares, in the nature of the civilisation it hopes to build”. Though it calls for the education to fulfill the mandate of the constitutional values – liberty, fraternity, equality and secularity – it reposed much faith in the Indian social order, from where, it asked education to draw guiding principles. Being this how can one achieve equal and equitable quality education for all.

Another dimension of the education policy is the jurisdiction to which it applies. Jurisdiction does not simply refer to the geographical boundary but often draws its character from nation, in turn, nation neither is defined by its geography, constitution, laws and legislations, but by the ‘notion’ of the people who constitute a unique recognisable society. This notion is nothing but a holistic representation or form of the state of its needs as desired by the social, economic and political needs of the society (people). When there are diverse varieties of societies having diverse representations, then they represent different unique notions, which means they naturally appear as different nations, though they may be united constitutionally as one single nation. Constitutional-nation (nation-state) and notional-nation are different – the constitutional nation is formed by the constitution and its laws but the notional-nation is represented by its recognizable society, broadly constituted by its social units. Education’s jurisdiction is limited only to the notional-nation, not to the constitutional-nation; one common education policy cannot serve over different notional-nations. Indian nation-state is comprised of several notional-nations, linguistically, culturally and racially like Tamil nation, Kannada nation, Malayala, Telugu, Marathi, Bengali, Gujarati, Hindi nations and so on. In this, manner each Indian constituent state (like Tamil Nadu, Uttar Pradesh etc.) is nothing but a notional-nation, simultaneously recognized as a province under constitutional-nation of India. Each having a unique ‘notion’ comprised of unique culture, spirit, indigenous knowledge (experience), requirements, demands, questions, traditions, scientific quests and social behavior, one education policy fit for all cannot work in India. Having understood this, no saneful progressive country in the world, like USA, Russia, UK, and European countries, has ever attempted to formulate a countrywide ‘one education policy’. The concluding argument on this issue is that the jurisdiction of an education policy is limited to the notional-nation, which in Indian context, is nothing but the ‘state’ and that education should be treated exclusively as an affair of the state, so the policy should be. This was never understood by all education policies so far formulated in this country. Even the regional, state level policies, so far made in Tamil Nadu, were also limited only to the educational inputs and processes – nothing so far addressed the fundamental philosophy and principles of education to the core. Probably because of this all national policies were not able to make education work at the root of the society, and except some incremental improvements in educational inputs, quality education has remained a far distant dream even today.