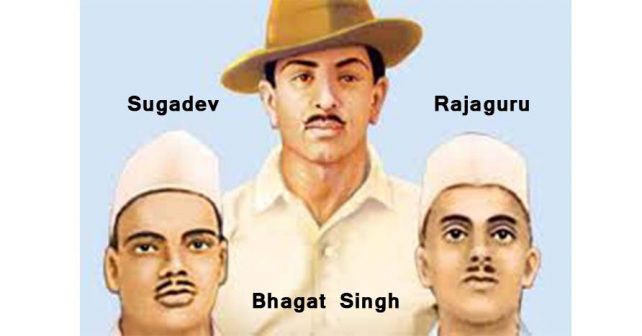 On 23rd March 1931, Bhagat Singh, Sukhdev and Rajguru were hanged. Explaining why the British government hanged them,  Dr Ambedkar wrote an editorial titled ‘Three Victims’ in his newspaper ‘Janata’ on 13 April 1931.

Bhagat Singh, Sukhdev and Rajguru were eventually hanged. They were charged for the murders of an English police officer named Sanders and a Sikh police sepoy named Chaman Singh. There were three or four additional charges such as an attempt to murder a police inspector in Banaras, throwing a bomb in the Assembly, robbery at a house in Maulimiya village and looting its valuables. Bhagat Singh had already admitted to the charge of throwing a bomb in the Assembly. For this crime, he and Batukeshwar Dutt were already sentenced to life imprisonment. Jaigopal, one of the comrades of Bhagat Singh, had confessed that he and the other revolutionaries, including Bhagat Singh, had murdered Sanders. The government had filed a case against Bhagat Singh and his comrades based on this confession. None of the three accused, however, appeared in the case. A special tribunal comprising three high court judges was appointed. It heard the case and unanimously awarded them the death penalty. 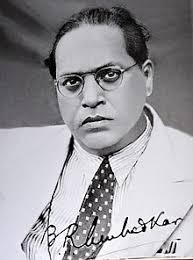 Bhagat Singh’s father had made a mercy petition to the Emperor and the Viceroy requesting them not to execute the punishment, and to convert it, if required, into life imprisonment in the Andamans. Many people, including prominent leaders, also tried to plead with the government on the matter. The issue of Bhagat Singh’s death penalty might have arisen in negotiations that took place between Gandhi and Lord Irwin. Although Lord Irwin had not given any definitive assurance about saving Bhagat Singh’s life, Gandhi’s speech during the intervening period created a hope that Irwin would do everything within his power to save lives of these three youth. But all these hopes, predictions and appeals proved futile. They were killed by hanging in Central Prison, Lahore, on 23 March 1931 at 7 pm. None of them had made any appeal to spare their lives. But as it is already published, Bhagat Singh had expressed a desire for being killed by gunshots instead of hanging by the neck. But even this last will of his was not granted and they strictly implemented the judgment of the tribunal. The judgment was to hang by the neck till dead. If they were killed by gunshots, the execution would not strictly conform to the judgment. The order of the justice goddess was obeyed in toto and the three were killed with the method she prescribed.

If the government thinks that people will be impressed by its display of devotion and strict obedience to the justice goddess and therefore they will approve of this killing, it is its utter naiveté. No one believes that this sacrifice to the British justice goddess was made to keep her clean and unblemished. Even the government will not be able to convince itself based on such an understanding. Then, how will it convince others with this veil of the justice goddess? The entire world, including the government, knows that it is not the devotion to justice goddess but the fear of the Conservative Party and public opinion back home in England that drove them to making this sacrifice. They thought that the unconditional release of political prisoners like Gandhi and the signing of the pacts with Gandhi’s party has damaged the prestige of the empire. Some orthodox leaders of the Conservative Party have launched a campaign saying that the prevailing Cabinet of the Labour Party and the Viceroy who danced to its tune were responsible for it. In such a situation, if Lord Irwin showed mercy to political revolutionaries who had been convicted for assassinating an English officer, it would be like placing a burning torch in the hands of the opposition leaders. As it is, the Labour Party is not stable. In such a situation, if these Conservative leaders got an alibi that the Labour government granted clemency to the convicts who had murdered an Englishman, it would be so easy to provoke public opinion against the government. In order to avert this imminent crisis and to thwart the fire in the minds of conservative leaders from flaring further, these hangings were executed.

This step was thus taken not to satisfy the justice goddess but to please the public in England. If it had been the issue of personal likes or dislikes of Lord Irwin, it would have been within his own power to annul the death penalty and awarded life imprisonment in its stead. The Labour Cabinet in England would have supported Lord Irwin in this decision. It would have been necessary to maintain congeniality of public opinion here in the context of the Gandhi-Irwin pact. While leaving the country, Lord Irwin would surely have liked to earn this goodwill. But he would have been crushed between the ire of his Conservative kin in England and the Indian bureaucracy imbued with the same casteist attitude. Therefore, ignoring the public opinion here, the government of Lord Irwin hanged Bhagat Singh and his comrades – that too just two to four days before the Karachi conference of the Congress. Both the hanging of Bhagat Singh and his comrades, and its timing, were sufficient to puncture the Gandhi-Irwin Pact and to trash the efforts to bring it about. If Lord Irwin wanted to fail this pact, he would not have found a better way to do it. From this perspective, and as Gandhiji also felt, the government committed a great blunder.

In sum, merely not to incur the anger of the Conservatives in England, they sacrificed Bhagat Singh and his comrades. They ignored public opinion here with no concern for what would happen to the Gandhi-Irwin pact. The government must remember that it will never be able to hide this fact howsoever it tries to cover it up or polish it.