Time to Call Out Hindutva 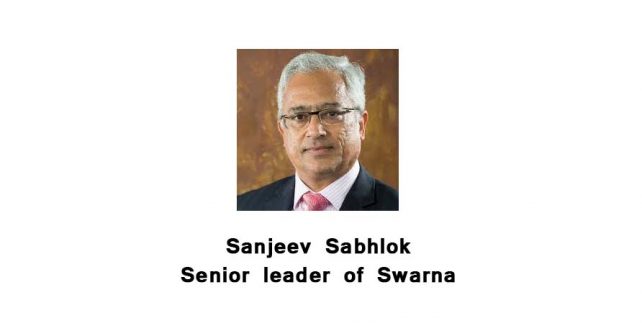 Democratic India was founded on freedom, but the two-nation theory is diametrically opposed

It is undeniable that there are no national boundaries in Nature. Nations and nationalism are purely man-made constructs. Nations have to be imagined, then made real by erecting and defending boundaries. The impact of this can either support human flourishing or humiliate and crush its people.

The American declaration of Independence focuses on protecting citizens’ rights to life, liberty and the pursuit of happiness. This simple objective has been enough to make the U.S., world’s greatest nation. Besides human flourishing it has boosted its population from 2.5. million in 1776 to 325 million today.

If we are not alert, we may end up creating a nation like China or Saudi Arabia where citizens are treated like disposable meat. Allowed to live if they obey, killed if they ask questions. Is it a matter of surprise that millions of people flee nations like China and Saudi Arabia every year?

Many Muslim rulers in India forced the Hindus to pay higher taxes till the 18th Century, treating them as second-class citizens. This rankled the Hindus and when the right opportunity came, they formed the Hindu Mahasabha and the RSS.

These Movements were soon captured by aggressive elements and the scene was set for a new – and very dangerous concept of Hindu nationalism.

Tilak’s Marathi newspaper ‘Kesari’ played a pivotol role in studying and promoting the European Fascist ideology from 1924 to 1935. Fascism resonated with high-caste Hindu leaders who saw in it a justification for their ideas of racial purity (Aryan Superiority) and the rejection of democracy. Some of them went all the way to Europe to personally engage with the fascists. Savarkar’s 1923 book ‘Hindutva’ was not yet full-blown fascist. It took Hitler’s ‘Me in Kampf’ (published in 1925) for Hindutva leaders to fully imbibe the poison of the Fascist ideology.

By the time a cadre called Golwalkar published in 1939 a book defining Nationhood, the ‘Self-Help Movement of the RSS had lost its way. Golwalkar’s book did not have a single positive idea about human flourishing. It contained only endless carping about the wrongs done to the Hindus and about the real or imagined enmity among the Hindus, Muslims and Christians.

The fascist concept of Hindu nationalism now morphed into a mirror image of the aggressive form of Islamic’s nationalism that they themselves condemned.

Hindutva degenerated into a primitive ‘eye for an eye’ ideology with innocent people punished for the real or imagined crimes of Muslims – a thousand years ago! India avoided becoming a Hindurashtra in 1947 because of men like Gandhi, Dr. B.R. Ambedkar, Nehru and Patel, who insisted on adopting constitutional liberalism. This did not go well with the Hindutva people who shot Gandhi dead.

The stalwarts of our independence Movement have long gone. We must reassemble as a nation and redefine ourselves. The insistent calls for Hindurashtra by the RSS cannot be ignored. This poisonous ideology must be called out for it is – the biggest anti-national project in independent India. The demand for Hindu Rashtra is nothing less than the demand for the end of free-India. The people of India must rise and stifle this project.

Courtesy: ‘The Times of India’ 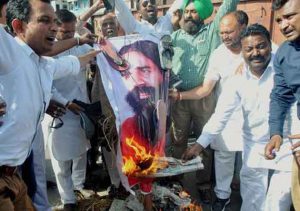 The Modern Rationalist (November 2019) covered the law-evasive deeds of Godman-Baba Ramdev elaborately.  Ramdev, recently let out a derogatory statement against Periyar that he had instigated intellectual terrorism in the country.  Periyar fought throughout his life for the liberation of the vast section of the downtrodden in society.  Country-wide protests, erupted immediately, condemning the statement of Ramdev,  which itself is a proof for Periyar mission.

In Delhi University, the student community burned the effigy of Ramdev as a symbol of protest.  All those students were not born when Periyar was alive but are well aware, that their availment of higher education was mainly due to the sacrifice of Periyar.  Let the out let of such derogatory statements by the vested interests continue for the consolidation of forces for whose cause Periyar toiled during his life time, leaving a legacy for the contemporaries and posterity.