To be Rational and Morale – Good Human Life 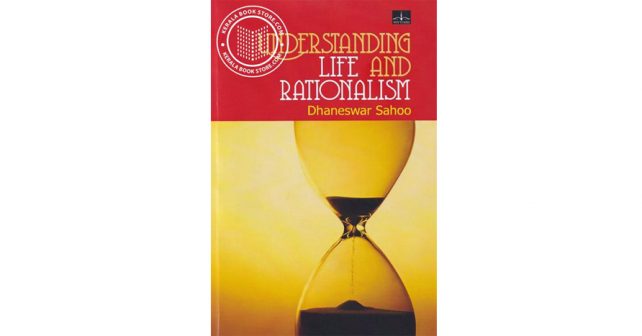 With the rich experience of having taught philosophy at higher education level, the author’s analytical approach adopted throughout the book is of high value in rarity. The author’s declaration in the preface about his belief that “Commitment to rational thinking and humaneness makes a person’s morale high” invites the readers with esteem to enter the inner contents of the book.The contents have been categorized and analyzed in 25 chapters in a systematic manner. ‘To be rational and to be morale’ is pointed out as the important aspect of good life; but says a good life is not always a happy and successful life. It is concluded that a good life may not be a happy life but nonetheless it is a profound moral life for the progress of humanity.

He says that atheism is not a belief like theism, but a challenge to the belief which is empirically or rationally unfounded.The way Indian philosophy has been divided into two traditions as orthodox and heterodox has been explained lucidly that could be understood by any reader. But of the six orthodox schools of thought, Sankhya and Mimamsa give no place to god. The original thoughts of the other two viz. Nyaya and Vaisesika, have not discussed god. The remaining two viz. Yoga and Vedanta present theistic interpretation of the world. All the heterodox schools of thought viz. Jainism, Buddhism and philosophy of Carvak or Lokayat do not accept god. Despite these doctrinal bases of major schools of thought devoid of god, the Indian philosophy is being portrayed as if it is religion oriented and advocates god. This atheistic or agnostic foundation of Indian philosophy has been well narrated by Sahoo.

Sahoo delves deeply into the search of Indian philosophy to its roots and has correlated the current atheistic flourish and its contemporary continuance with the mission of atheist stalwarts Periyar E.V.R (1879 -1973), Gora (1902 – 1975) and Dr. Abraham T. Kovoor (1898 -1978). Atheist philosophy is not an abstract one but is strengthened with the basis of metaphysics as a continuing way of living.

In the chapter, ‘Tolerance: A Hallmark of Progress’, Sahoo discusses all the differences, attributable between tolerance and intolerance.

The subtle features on the cause and effects of tolerance and intolerance have been elaborated with the activist approach by saying that, despite all these diversities and differences, rationalists in all cultures think of moral solidarity of mankind. Tolerance in all circumstances cannot be advocated. Tolerance does not of course mean toleration of social injustice. Any form of injustice inflicted upon others is also a reflection of intolerance.The discussion in this line leads to the positive manifestation of philosophical approach in real life, more so to the society of India.

The various facets of rationalism that have to be applied in every way of life and the responsibility of rationalists for the constructive cause of the society have been highlighted with current relevance throughout the book.

In the chapter, ‘Periyar on Women Empowerment’, the social subjugation of half of the human population has been narrated stressing the need for gender equality.The basic instinct of rationalist trait in every human has to question the surroundings that have bearing on human life with consequential effect.

The caste system prevailing in this land is a social menace that has been hindering the uplift of the servile classes.

In the chapter, ‘Consequentialism, Deontology and Myth: Some Reflections of the Gita’, the author analyses critically the interpretation uttered by the sermon of ‘god’ Krishna. The social status of an individual is ordained by the birth and the same status has to be inherited in the next generation.’ Needless to say the caste hierarchy is the heinous evil that has emanated from the varna system’. The system placed the entire womenfolk, irrespective of their birth, in a particular social hierarchy, below the level of outcastes who have to be subservient to the four varnas. “Can there be women priests and women soldiers in this framework of social stratification?” is a thought provoking question.

The entire volume is ridden with a lot of questions on the contradictions and hurdles, prevailing in the Hindu society. The book reminds that a sincere rationalist/ atheist is committed to the ideals of scientific temper, secularism and humanism.

The anthology has been dedicated to the two missionary atheist stalwarts who are leading the rationalist mass movement in the country viz. Dr.K.Veeramani, President, DravidarKazhagam (Tamil Nadu) and Dr.Vijayam, Executive Director of the Atheist Centre, Vijayawada (Andhra.) This shows how the author is associating himself with the rationalist mission.

Overall, the book is a vital compendium that equips the readers with facts to wipe out the negative perception of atheism and to realize the constructive cause of life and rationalism.