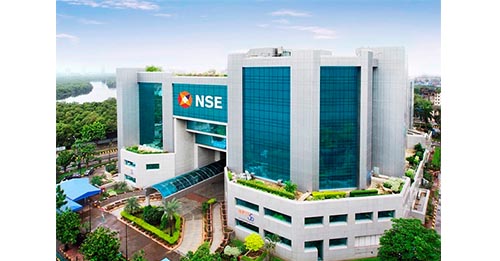 The country is recovering from COVID-19 pandemic setback, but not with the same pace on economy. In the meantime, an unestimatable financial gamble in unprecedented proposition has been revealed only now in public.
National Stock Exchange (NSE) is the major stock market venue that comes under the regulation of Securities Exchange Board of India (SEBI), a body under the control of Union Finance Ministry. Irregularities allowed would have created alarming loss to the investors, and subscribers. The unimaginable gain to a few stock brokers has been facilitated through a mechanism called ‘co-location access’. Certain stock brokers have been provided with access to the space on the server of NSE – which deals with the purchase and selling of the listed stocks. The restrictions put forth by NSE on the use of server by selected brokers have not been monitored in the beginning. Besides, as an escalation of irregularities, such stock brokers used the ‘back-end server’ of NSE that opened the market a little ahead before the actual opening time revealing, the price of their stock. Deciding on the stock price a few minutes prior to the price quoting will deprive the subscribers and investors alarmingly. To that extent the stock brokers have been gaining. This irregularity, gambling like server access and its after effect has gained momentum only after Ms. Chitra Ramakrishna assumed the office as MD cum CEO of NSE in 2013. 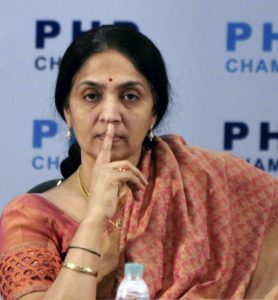 The apex level data and details on the future plan of NSE have been shared by the CEO herself with an unknown ‘yogi’ residing in the Himalayas. The information has been sent to the email rigyajursama@outlook.com operated by the deceptive yogi who is in no way connected to the functioning of NSE. Besides, advice has been sought from this ‘fictitious Yogi’ and acted upon by the MD cum CEO. Further in order to perform these unlawful activities, Anand Subramanian, who did, not possess proven experience in stock market was recommended by the ‘fictitious Yogi’ and appointed as Chief Strategic Advisor of NSE, with huge financial remuneration. No other experienced fulltime senior officials of NSE ever got such remuneration. It is clear that the rules were violated by the MD herself.
NSE investigated its internal affairs by engaging a private forensic firm. As an outcome the CEO was allowed to resign on ‘personal grounds’!
Initially SEBI rejected the theory of co-location access. Later through a whistle blower from Singapore the SEBI initiated an enquiry and established that NSE board had full knowledge of Ms. Chitra Ramakrishna’s sharing sensitive NSE information with an unknown person through email mode and that Ms. Chitra Ramakrishna was allowed to resign and leave NSE. No serious action was taken against her. In 2018, SEBI finalized its investigation report. 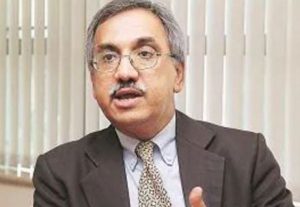 Afterwards as per the complaints by the aggrieved in the stock exchange transactions, CBI had to delve into the case.
How were such unlawful activities that occurred for a long time allowed to go scot free by SEBI, accountable to the Union Finance Ministry? The deliberate inclusion of ‘fictitious Yogi’ and acting in accordance with his direction has to be thoroughly probed.
NSE’s transactions are not confined to India alone but also to global subscribers and investors from various countries. The irregularities and change in the top position of NSE should have come to at least the formal knowledge of the finance ministry. What were the steps taken or directive given by the ministry?
Corruption and Communal amalgam are the evils in this scam. When prima facie so many evidences were available what made the ministry not to act on this scam? When only presumptive loss was mentioned in GAC report, how the present ruling party BJP, at that time in opposition, had blown up the matter in 2G case? The Union minister A. Raja who acted then as per the rule and consent of the authority was compelled to resign and was arrested, charge sheeted, imprisoned and at last the case ended for lack of evidence on the side of prosecution in the court of law.
The news of the current ‘fictitious Yogi’ stock scam itself came to lime light, many years after the stepping down of the sharer of stock exchange sensitive information from their office without any explanation but with ‘due’ thanking by the NSE Board for the ‘services’ rendered by her. What happened since 2016 without even filing of charge-sheet on the people responsible for the scam? Did the BJP led government’s policies encourage such scam?
An underlying factor has to be reckoned with. The personnel who were responsible and activated this so called ‘spiritual’ stock scam belong to the supreme sect of varnashra dharma viz. Brahmins who claim meritocracy. In contrast, the persons against whom action was deliberately taken in 2G case hail from oppressed sections.
Still, discrimination as well as preferred and favoured treatments based on birth of individuals continues!