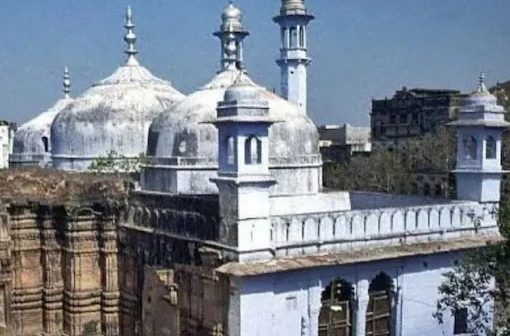 The Babri Masjid was demolished at Faizabad in Uttar Pradesh in 1992 with tactful move of saffron outfits for decades. Places of Religious Worship (Special Provisions) Act 1991 was very well in effect at the time of demolition. The legal litigation of rights and challenges was commenced. It was made to conclude through the judgment in the Ram Janmabhoomi case in 2019. The Supreme Court had reaffirmed the significance of the Places of Religious Worship (Special Provisions) Act 1991. It was akin to the saying ‘operation success – patient dead’. The judgment permitted to build Ram temple at the site where Babri Masjid was demolished. It was not an end to the dispute but in fact the design of heinous battle got started. The saffron outfits gained sufficiently on political front. They stimulated the faith-minded people to raise upto the religious fanaticism. It had been the continuous agenda of the saffron organizations in varied forms from the beginning.

The country and its economy started from slow down to decline even prior to outbreak of Covid-19. The reason could be easily attributed to the unnecessary priority given by the BJP led government on religious front supporting ‘Hindutva’ agenda. Still the country has not seen the upward trend. In the meantime, election to the State Assemblies in five States including Uttar Pradesh took place. Despite many challenging features depriving the normal life and welfare of the public and worst handling of Covid-19 pandemic situation, the BJP came again to power. It was not mainly the lack of unity among the opposition parties in the State in their fight against the BJP. The commencement of construction of Ram temple yielded significantly for the BJP to come back to power in U.P.

Now the agenda for 2024 Lok Sabha elections has been started by the BJP-UP, the State with the largest number of Lok Sabha Constituencies in the country. In a well planned manner the issue has been raised with the installation of Shivling at the Gyanvapi mosque in Varanasi. It was interpreted that the number of Jyotilings has now risen to 13 from 12 in the country. It could also be a ploy of Hindutva outfits to convert the mythical stories in any manner to accomplish their agenda.

The U.P. chief minister Yogi Adityanath has stated openly the ‘waking-up’ of other sites after Ram temple. It is nothing but igniting the faith to turn into fanaticism. What sort of irresponsibility it is on the part of the chief minister of the State, making the law of the land invalid. Faith practitioners must be able to continue visiting places of worship as per Places of Religious Worship (Special Provisions) Act 1991. But this is being ignored, the effect of which has been confirmed by the Supreme Court while delivering the verdict in Ram Janmabhoomi case.

Let the demolition of Babri Masjid be the last and final in our country. The country cannot bear the tragedies and sufferings once again. Such acts should not be encouraged to continue by any person whatever position they may hold. Such emotionalising statement must be duly handled through legal means very firmly. In the public domain, opinion for the peaceful living of people having different faith has to be mobilised by the humanist forces. Such constructive forces should be visible and known to the common people.

Rule of law must reign the country and its governance. Religious faith is like a ‘ash coated fire ball’. It is susceptible to get lighted due to deleterious utterances. Saffronists are already on the path of roughtuning the religious faith holders into fanatics.
An exclusive movement is needed throughout the country, collectively, individually, organisation wise to fight against the prevailing fanatic menace, spread by the vested ideologues. The vested interests’ are numerically less in number. They project themselves as if they are majority. The people must not fall a prey to the divisive outfits. Minority or majority is not to be polarised. The one and only plank is on convergence as humankind. Any faith that belittles humanism must be discarded at all means, in whatever form it is projected. Peace and harmony are the hallmark of humankind. Let us strive towards it!