Universal Brotherhood and the Obstacles 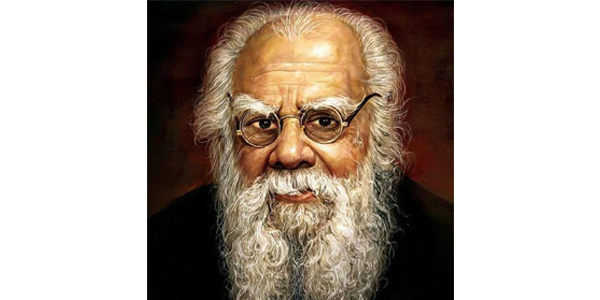 The entire world is gradually changing in many respects, with our country as the only exception in several aspects. For example, we have not got rid of the menace- brahminism. It has been haunting us for centuries, still tormenting us. Even in the countries being ruled by religious- fanatic Muhammedan Kings, people are vigorously striving for reformations in society, but our people in India continue to be insensitive towards their deplorable condition. We should think over deeply and find out the course of this irritating evil. We must probe deeply into the hindrances to universal brotherhood.

Religions – major obstacle
Religions have always been a great hindrance to universal brotherhood. They are still the major obstacle for equality and humanism. Various sub- sects in each religion and multiple languages are other factors. Besides, exclusive habitats for people of various religions also have affected our unity. For instance, Certain parts of the world have been largely occupied by Christians and some by Mohammedans. Such a compartmentalised habitation makes one group unaware of the life conditions of the other group. How can universal brotherhood be established if people are cut-off from one another, divided by religions and languages? Divisions like the Hindus, Muslims, Buddhists, Christians and Jains have become indestructible barriers for unity and universal brotherhood. Religions prevent even people of one country from empathising with the people of another country. Religions are the walls of separation and fences between people.
If all the people in the world have to be divided as per their geographical settlements and migration, it should still be only like Americans and Europeans or the Turkish and the Afghans; a division of similar group of people. But living divided as dissimilar groups, as self – centred people not bothered about the sufferings of others, nursing grudge and nourishing hatred towards others- that is undeniably a social evil. Religions sow the seeds for the growth of dehumanisationl.

Caste barriers
Besides religions, caste barriers have adversely affected universal brotherhood. But there is a slight difference. In overseas countries racial extremism alone affects unity to a great extent. Caste barriers prevail especially in India. There are hundreds of castes and sub castes here which have been hindering brotherhood. The graded inequality imposed by Manudharma has divided us all. The Upper caste supremacy of Aryans has mercilessly discriminated people and hampered brotherhood. The upper caste people derive most of the benefits in society and leave the underprivileged suppressed and degraded. How can brotherhood be established without smashing caste barriers? Birth based disparities and the menace of untouchability have divided people who are all of the same soil. Lack of communal harmony among the Hindus is caused to a great extent by multiple castes and sub-castes. Unless racial extremism in overseas countries and the caste system in India are annihilated and uprooted, universal brotherhood can never be established globally.

Gradual changes abroad
Most of the countries abroad have realised the need of brotherhood and eqality. They have begun discarding religion and god. They are seriously bent upon crushing religious extremism. The overseas countries are involved in reformatory tasks to establish brotherhood. But we are lagging behind in such progressive achievements owing to the obstacles of religions and castes.
Christians moved their holy Bible from the Old Testament to the New Testament, with the passing of time. The Islamists had a lot of religion based restrictions. But these days they are gradually giving up conventional practices imposed by their religion. In India, there is still resistance to changes. Our gullible people still cling to outdated codes of conduct thrust on us by brahminist forces. How can we expect unity and brotherhood here?
Islamists in India were highly critical of Emir and Kamal Basha but they extended support when their rule was under threat. The Maulanas of India raised voice in favour of Emir for the common good of all the Mohammedans. This affinity for the common good is not found in the Hindus.

The 3 per cent minority brahmins
As per the outdated ancient codes adapted by the Hindus, only brahmins have the right to education and all others are deprived. The people following the Hindu religion themselves are not allowed to know the roots of their religion. The 3 percent minority brahmin population has been showing its supremacy in all respects. All others are deprived of the rights for the free- thinking, questioning and analysing what is good or bad for them. Thus only a particular group of people have been enjoying all privileges for centuries. The rest of the people in Hindu religion remain silent sufferers without raising voice of protest. How can they expect brotherhood in society?

Three cruel restrictions:
For the untouchables, three cruel restrictions prevail- untouchability, unapproachability and unseeability. They cannot touch the upper caste people, go near them or even be sighted by them. Can we dream of universal brotherhood without eradicating these three inhuman restrictions that are unpardonable signs of social injustice?
The low caste people were compelled to carry on their traditional occupation. The children of washermen , potters, blacksmiths and barbers had to follow the same profession of their forefathers. One can never find such an atrocity in any other country in the world. How can we expect equality in such a society and if there is such horrible inequality here, how can we even think of brotherhood?

Brahminist atrocities
This minority group has been hood-winking all other people by making them believe in hundreds of gods and goddesses and worship them. This worship was a source of income for brahmin priests in temples. Added to this, numerous mythologies and scriptures were fabricated to take the gullible people for a ride. Marriages were conducted for the idols of gods and the ignorant people paid brahmin priests for all such rituals. This has not changed even today. Our downtrodden people shamelessly continue serving the 3 percent minority as if they were born only to serve the brahmins.

Protesters punished
Centuries ago, even the kings ruling serveral empires used to punish the low caste people if they protested against the atrocities of brahmins. The Kings themselves offered free land as gifts to brahmins. The untouchables who refused to obey brahmin landlords were punished by the kings. People of other castes who refused to believe in gods were labelled as “atheists” and were punished by the kings. The voices of the marginalised people were stifled brutally. Books full of codes of conduct, such as ‘Manusmriti’ were imposed as books of laws. The 3 percent brahmins reign supreme even today as an unquestionable authority. Is brotherhood possible in such a society? Leave alone the ‘Universe’ -brotherhood is a dream even on a national and state-level.

Varnasrama Dharma
The so called ‘Varnasrama Dharma’ continues to be a fabric of codes spun by the Aryan Supremacy. The saivities and the ‘Manusmiriti’ are other obstacles for us.
The Sanatan codes crush our people under their heels like a wild monster. All these stumbling blocks are to be removed if we are serious about establishing brotherhood. But our political leaders and the people ruling the country continue to remain as silent spectators. They are preventing social reformations. Scholars and eminent academicians should take the initiative to curb all sorts of social injustice. Until it happens, our independence is meaningless and our country itself would be devoid of self respect.

Awareness – the dire need
No one can help the suppressed people if they are not willing to help themselves. I mean to say that they need an awareness. They must realise their deplorable condition and arise. The first step is to uproot the caste supremacy of the 3 percent minority brahmins. That would pave the way for integration and brotherhood in our society.
(‘Kudi Arasu’ Editiorial – 14th April 1929)
Translated by: M.R. Manohar

Tags: Universal Brotherhood and the Obstacles