‘We Should understand that reservation is not a poverty alleviation scheme’ 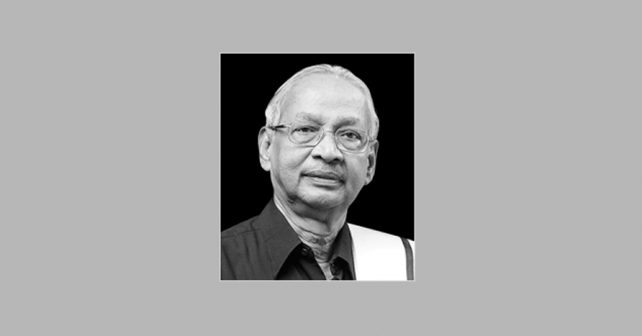 It is meant to set right the injustice meted out to the oppressed, says DK leader Economic criteria are very volatile. They may change over time

Dravidar Kazhagam (DK) president K. Veeramani has been highly critical of the Centre’s move to provide 10% reservation for the economically weaker sections in the general category, and is set to challenge it in the Madras High Court. In an interview on Sunday, he answered a range of questions on the new quota, the DMK and the AIADMK. Excerpts:

What is your justification for opposing the 10% quota for economically weaker sections in the Open Competition category?

– Our Constitution does not provide for reservation based on the economic conditions of citizens. Such a provision has been made only for the socially and educationally backward classes. The 10% quota on the basis of economic conditions is unconstitutional and unethical. Even Article 46 of our Constitution provides for the State’s special care only for weaker sections, the SCs and STs in particular. We should understand that reservation is not a poverty alleviation scheme. It is meant for setting right the injustice meted out to the socially oppressed sections of society. This [10% quota] will not stand judicial scrutiny.

An earlier attempt by the erstwhile Congress government to provide such a quota was made through a Government Order. But this time, the BJP has brought about a Constitutional amendment…

– In our country, discrimination is primarily based on caste. A person may be rich today and may become [poor] tomorrow and vice versa. But once you are born into a caste, it doesn’t change even after your death, as there are caste-based graveyards. Economic criteria are very volatile. They may change over time.

Periyar E.V. Ramasamy was for proportional representation of opportunities based on the population of caste groups. That way, he was for quota for every caste…

– Yes, we are for proportional representation. But this 10% quota brought about by the BJP is primarily aimed at benefitting a section of the upper castes.

Despite opposing the 10% quota, the DMK is still in an alliance with the Congress, which supported the quota. Don’t you think the DMK is putting politics above principles?

– No. This is only one of the problems. Unity in diversity is more important. Who should come to power and who shouldn’t is important…because [Prime Minister] Modi has not delivered at all.

The AIADMK, a major Dravidian party, is said to be divided over joining hands with the BJP for the Lok Sabha polls. Your comments…

– The present AIADMK is not like the old AIADMK. It is like an amoeba, which is shapeless. When she [late CM Jayalalithaa] was around, there was leadership. There is no leadership [now]. [Deputy Speaker of the Lok Sabha] Thambi Durai strongly opposed [the 10% quota] but didn’t vote against it and decided to abstain. They are playing a double game. There is a leadership crisis there. Though officially, they are against the 10% quota, they are not strongly opposing it. So, they are not a Dravidian party. A Dravidian party is one that is for social justice.

– No, no. There is some misrepresentation and misunderstanding [in this matter]. Real Dalit leaders owe their existence only to the Dravidian movement. Even now, the Dravidian movement encompasses all sections of people. It is meant more for the oppressed and the downtrodden. Some people have been advancing a systematic, false propaganda that the Dravidian parties have nothing to do with Dalits.

Is the DK active in States other than Tamil Nadu?

– For the DK, principles are important, not its name. Aren’t there reservations in those States? Our philosophy has reached other States. I have been invited to a seminar by the Backward Classes Commission in Kerala on January 28 over this (10%) reservation.

Besides, the Sinho Commission report 2010 which the Centre has been citing as the basis for the present 10 per cent legislation for reservation  never recommended a reservation for EWSs but was only emphatic about ensuring that the EWS get access to all welfare measures. (not reservation)